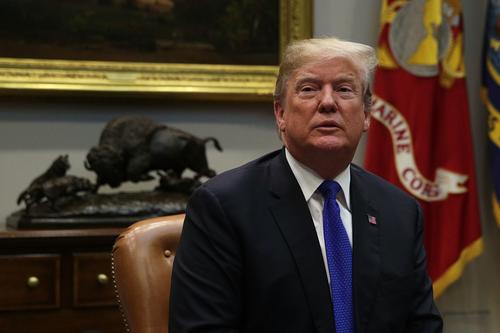 Donald Trump recently had a physician pay him a visit to the White House to broadcast the results his physical that proved the President could benefit from losing 10 to 15 pounds.

Although Dr. Ronnie Jackson said the exam “went exceptionally well” there are still some areas Donald’s health that could be improved. “We discussed diet, exercise and weight loss,” Dr. Ronnie says in the video below. “He would benefit from a diet that is lower in fat, carbohydrates and from a routine exercise regime. He has a history elevated cholesterol and is currently on a low dose Crestor.”

Ronnie also listed other medications the President is taking that aim to help his receding hairline, rosacea and cardiac health. He takes multivitamins daily for overall health maintenance.

Donald also underwent a cognitive test that proved he was all clear in that particular department. “All clinical data indicates that the President is very healthy and he will remain so for the duration this presidency,” Dr. Ronnie adds.

Donald stirred quite the controversy recently after a source revealed to the press that during a meeting on immigration, he referred to Haiti, El Salvador and Africa as “shithole countries.” His alleged comment (that he denied) led the NAACP President to say: “we know he’s a racist, he’s demonstrated that;” adding, “we just have to be careful not to get so caught up in his words.”