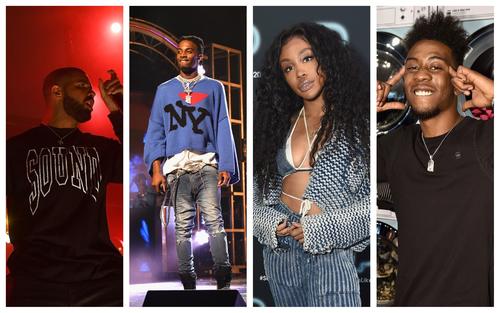 Hip-hop has a had a long, ten challenging relationship with fashion.

At the genre’s inception, lyrical and stylistic trends focused on other topics. It was not until the emergence a distinct, largely homogenous, hip-hop culture that clothing became a fixture the scene. Like any subculture, the external markers identified those who were in the know and those who weren’t. At the same time, record companies and clothing companies saw a booming scene to attach themselves to. Reebok, Nike, Adidas, Tommy Hilfiger, Lacoste: with upward economic mobility came an interest in more expensive brands.

Later, as these celebrities transformed into CEOs and executives themselves, so too did their role in fashion and design. The 2000s saw an explosion rapper-designed clothing brands like Rocawear, though many failed to gain wider traction. These failings exposed the barrier that people color face when entering the clothing industry. And, perhaps learning from these failures, later generations rappers like Pharrell and A$AP Rocky opted to pair with bigger corporations rather than compete with them.

With corporate partnerships the norm, it is refreshing to turn back to artists maintaining autonomy with their own merchandise lines. It’s the norm these days for any slightly-popping artist to have a merch line, although the size said merch line may vary according to the size the artist. No matter, the merch is place for the artist to showcase his talents in terms style and aesthetic, to really bring his or her own vibe to life, for the fan’s sake.  Some artists do this better than others. And, some artists sell out faster than others — is it a coincidence that some the dopest merch is also sold out? Nonetheless, if you’re looking for merch that is CURRENTLY AVAILABLE we got you. Here’s the dopest hip-hop artist merch you can currently cop– note that if the shop isn’t open, or the items therein are entirely sold out, we did not include it in this list.

Before we start, here’s a few shout outs for these dope merch lines that are all but sold out– bookmark these pages if you’re a fan. We’ll be checking for their re-stocks.