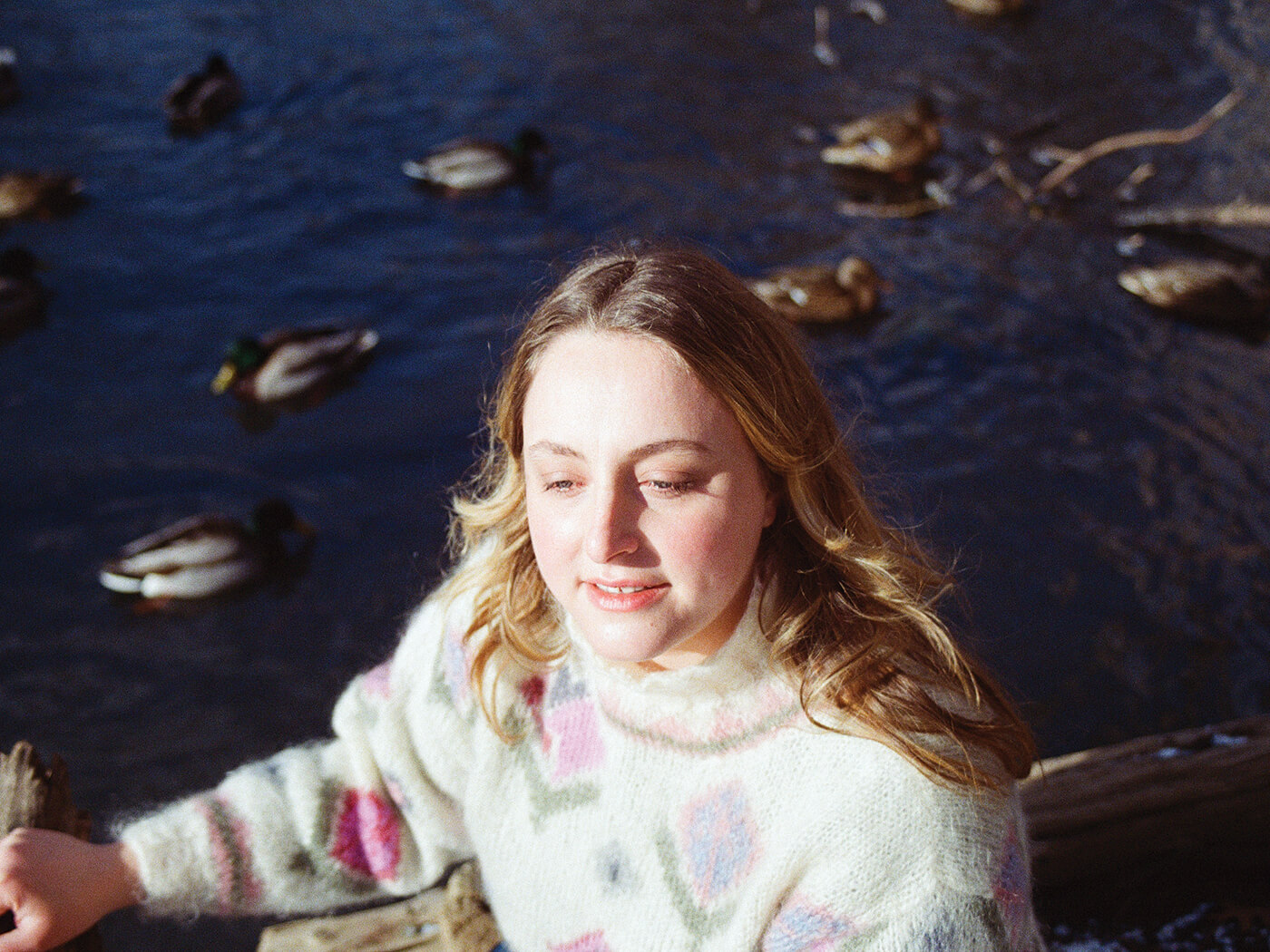 With Anything Can’t Happen, Canadian singer, songwriter and multi-instrumentalist Dorothea Paas has crafted one of the most stirring and emotionally resonant break-up albums of recent years, a candid retelling of heartache that doesn’t weaponise pain but instead embraces such darkness as a necessary pairing with light.

A veteran of the Canadian DIY and experimental music scenes, Paas has worked with artists such as US Girls, Jennifer Castle and Badge Époque Ensemble. But this album marks her own studio debut proper, a decade into her career as a self-releasing live performer. Its maturity is unmistakable, demonstrating an evident consideration of instrumental texture, vocal delivery and narrative flow that is restrained and compelling on both micro and macro levels. It’s satisfying to zoom in on each note, to drink in the weight of her feeling as Paas sustains one word over three or four beats, like a condor riding a wind current. But pulling back reveals an equally satisfying connection, where unvarnished emotion melds with aural textures to form a beautiful, devastating and empowering journey.

“I’m not lonely now/Doing all the things I want and working on my mind,” she offers during One, the 30-second album opener sung over spare electric guitar. This vignette portends her journey through the album’s nine songs, a suite of tender ruminations on love, trust, self-doubt and broken relationships that culminates in a reclamation of self. It’s a stunning portrait of a woman deep in those throes, who navigates a long path to healing and acceptance, to the idea that she controls her destiny. “Sorting through old thoughts/
I go through them/One…” she concludes, embracing her singular self as a statement of purpose, less a confession than a revelation, a realisation that being alone is better than being with agony.

The album wades through matters of the heart with an intense focus, a lyrical theme that echoes Joni Mitchell’s Blue and Hejira-era portraits, and Elliott Smith’s trenchant reflections, emotionally weighty but easy to take in. And like the later work of those artists, the music of Anything Can’t Happen signals an evolution from a simple folk music foundation to fleshed-out textural arrangements with a cast of accomplished players.

Paas recruited friends from the Canadian experimental scene, and the instrumentation throughout seems like a natural collaboration and extension of long-forged relationships and mutual appreciation. Paas’ diaphanous voice is easily compared to Mitchell’s but she often infuses her singing with a subtle vibrato more redolent of Mimi Parker of Low, alternately warm and chilling.

The magnetic title track is propelled by a slinking groove that meets flickering electric guitar and jazz-infused percussion as Paas sings, three times, “It’s so hard to trust again/When you don’t even trust yourself.” The repetition underscores the intended emphasis of this self-doubt, while doubling as an act of emotional processing, thinking the same thought over and over until it becomes a real, present truth. It’s a device Paas uses throughout the album to powerful effect, conveying her most urgent observations, conclusions and feelings via repeated words.

“Oh I know, I know, I know/ You’re calling out for love/But your behaviour is driving me away,” she sings with an arresting soprano on Waves Rising, a folk-rock standout in which her feather-light vibrato ripples the end of each line, like waves of consciousness unfolding amid an impossible situation. This feeling is crystallised on Frozen Window, a snapshot of love slipping away, sung over mesmeric electric guitar, Paas’ voice here projecting a necessary detachment as she declares, “Our memories are useless now.” But then she surprises the listener with a hard-won moment of hope.

“But against all odds/I will open to love again/Like a plant searches for light through a frozen window,” she sings, relaying the road to reconciliation as her voice meets guitar, piano and bass in a freeform dance, a ray of sun piercing a shadow. If love is tantamount to madness, then Anything Can’t Happen is its imperturbable biographer. The album relays past events with clear-eyed wisdom, conveying ups and downs through a well-hewn vision of collaborative beauty. It does not succumb to the tests that love sets but rather plumbs the depths of its paths to reveal the transfiguration of devastation into self-assurance. In a still-uncertain climate, its emotional honesty and crystalline truths are a gift.