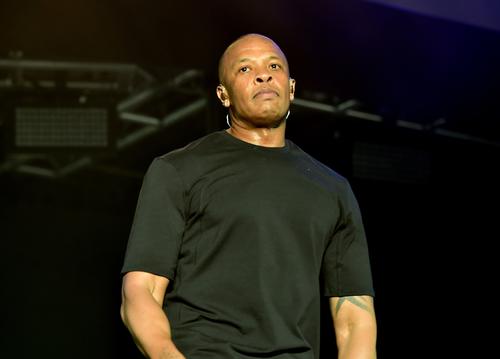 Just when you thought Dr. Dre was done working on Detox, it turns out that may not be the case after all. In fact, there’ still a glimmer hope that the forever-waited album could one day see a release.

On Tuesday, Apple partners Dr. Dre & Jimmy Iovine were spotted hanging out together at the practice the Golden State Warriors when ESPN reporter Chris Haynes decided to ask Dre if Detox was ever going to come out, to which Dre responded that he’s working on new music at the moment.

Dre has been working on Detox since about 2002, but appeared to have closed the door on the idea in last year’s HBO series “The Defiant Ones,” saying he’s moved on. “I never had any connection with Detox], it didn’t work.” He added, “I’m never gonna do that again.”

The last we really heard from Dre musically was back in 2015 when he did the soundtrack for the Compton movie, which featured all new original music from the West Coast hitmaker. He also recently provided the landscape for a few the tracks on Eminem’s latest album Revival.

While it’s wishful thinking to think Detox is back on f this ESPN reporter’s tweet, it’s definitely reassuring to hear that Dre is still keeping busy in the studio and doing what he’s best at.

Check out the tweets (below) and let us know what you think. Do you even care to hear Dre’s working on music at the moment or nah?