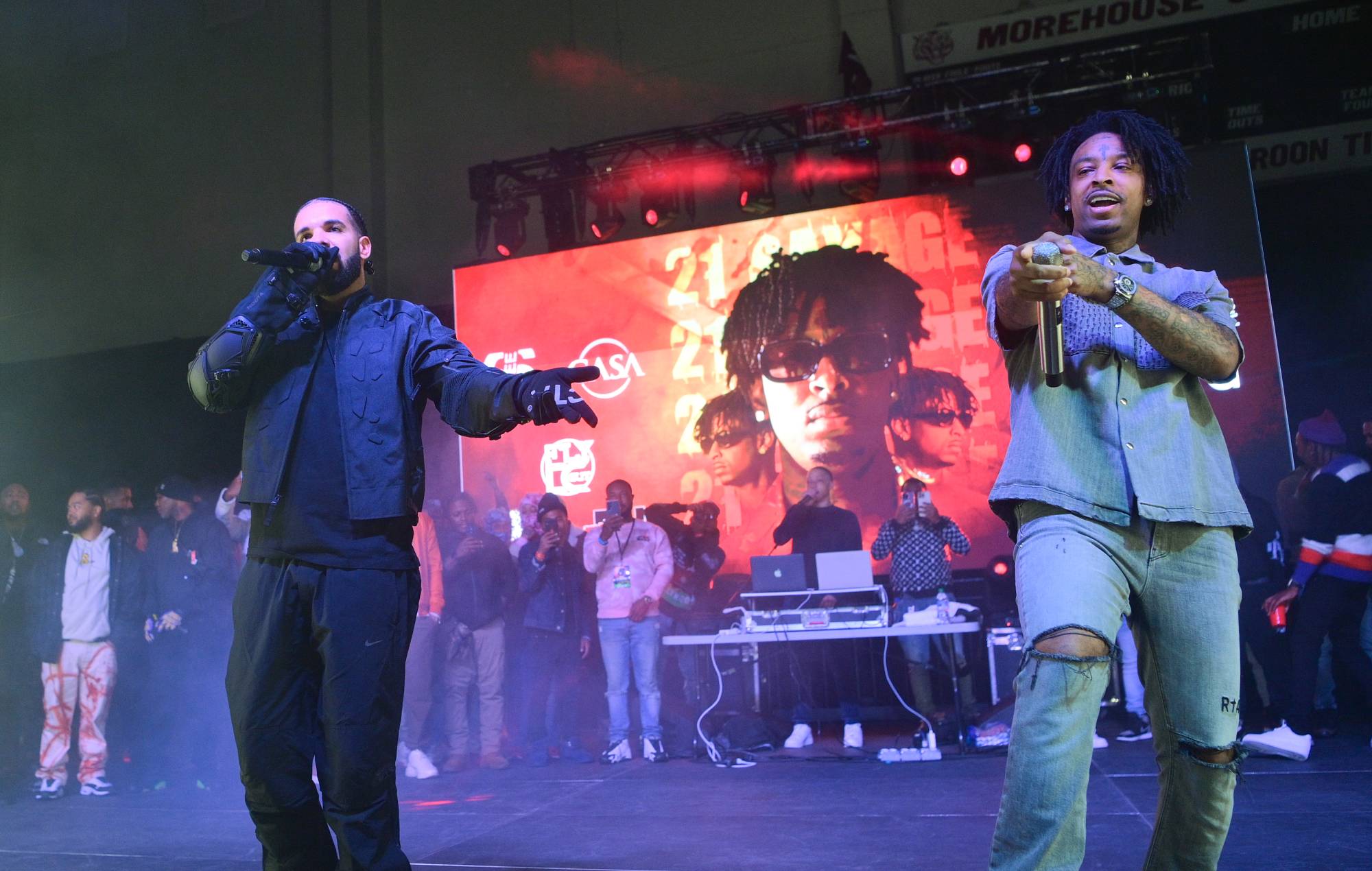 Drake and 21 Savage have been ordered to stop using a fake Vogue cover story to promote their collaborative album ‘Her Loss’.

A judge ruled in favour of publisher Condé Nast today (November 10), issuing a temporary restraining order and a preliminary injunction against the two rappers according to Billboard.

The judge stated that the fake cover was likely violating the publisher’s trademarks because Drake and 21 were “misleading consumers” and “deceiving the public.” They added: “Issuance of the requested temporary restraining order is in the public interest to protect the public against confusion, deception and mistake.”

The judge’s order bars Drake and 21 Savage from “using, displaying, dissenting or distributing” the fake cover or copies they printed and it also requires them to take down websites and social media posts sharing the image. Furthermore, the pair are to stop making any mention of Vogue editor in chief Anna Wintour.

According to TMZ, Vogue and Wintour “have not endorsed [‘Her Loss’] in any way” and have asked multiple times for all promotions using the Vogue name to be taken down.

The ruling comes two days after the rappers were sued by Vogue after sharing a fake cover of the magazine.

The lawsuit put forward by Condé Nast, which had been obtained by both Rolling Stone and Pitchfork, alleged that duo’s actions were a “deceptive campaign” that was not authorised by the company.

It is also claimed that a “counterfeit issue of Vogue” was distributed in large cities across North America, leading fans to believe the magazines were genuine.

Both rappers are yet to comment on the allegations.

‘Her Loss’ served as Drake and Savage’s debut collaborative full-length project upon its release last Friday (November 4). The rappers had appeared on several tracks together in the past, beginning with the release of ‘Sneakin’ in 2016. They also both appeared on the Juicy J-sampling track ‘Knife Talk’ (from Drake’s solo 2022 album ‘Honestly, Nevermind’), as well as ‘Mr. Right Now’ alongside Metro Boomin.

In a three-star review of the album, NME wrote: “Despite some great beats and some heavy bars, ‘Her Loss’ is underwhelming.

“The whining misogyny laced throughout the record is a symptom of a wider issue: this album is essentially the sonic imprint of a massively bloated ego.”