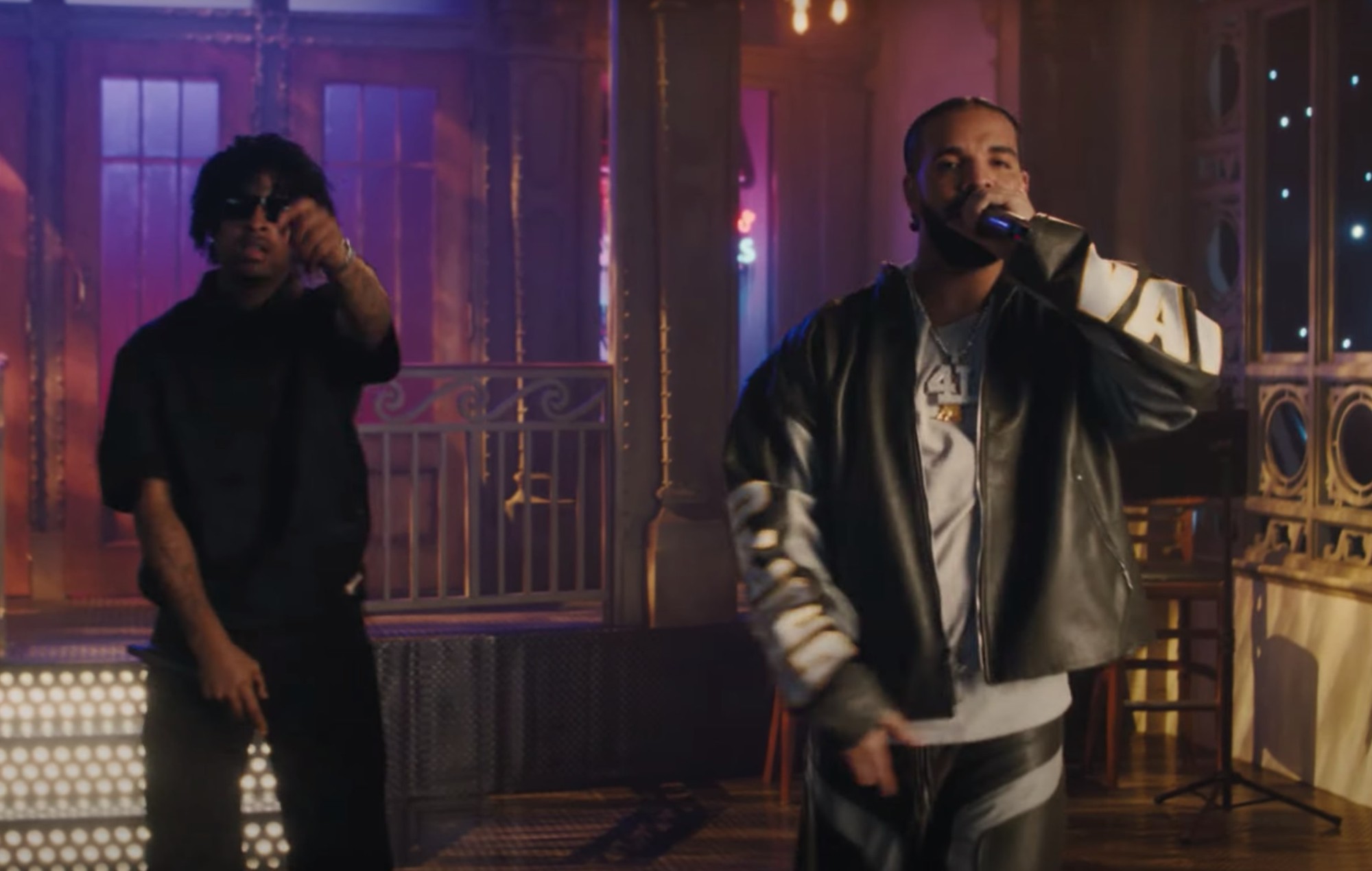 Drake and 21 Savage have staged a fake Saturday Night Live performance of ‘On BS’, lifted from the pair’s new collaborative album ‘Her Loss’.

Shared to Drake’s Instagram and YouTube yesterday (November 6), the performance is introduced by actor Michael B. Jordan, who assumes the place of an SNL host while presenting the performance. “Ladies and gentlemen, presenting your musical guest for the evening,” he says. “Drake and 21 Savage, performing a song off of one of the most relatable albums of all time, ‘Her Loss’.” Canned studio laughter then makes way for the pair’s performance, which takes place in a recreation of the SNL set.

For his part, Drake has appeared on Saturday Night Live twice as a host and three times as a musical guest. 21 Savage, however, has never appeared on the show. Watch Drake and 21 Savage’s spoof SNL performance below:

The faux-performance was shared on the same day that Steve Lacy made his debut on the actual show, where he performed his number one hit ‘Bad Habit’ and ‘Helmet’ from his 2022 album ‘Gemini Rights’.

It marks the pair’s most recent parody media appearance in promotion of ‘Her Loss’. In the lead-up to its arrival, the rappers appeared on a fake cover of Vogue, and accompanied the photoshoot with a message thanking editor Anna Wintour “​​for the love and support”. Elsewhere, they spoofed Vogue‘s ‘In The Bag’ series, with Savage naming the children’s book Charlotte’s Web as one of his “most essential” items.

‘On BS’ is the latest ‘Her Loss’ song to attract headlines, following Drake’s apparent swipe at Megan Thee Stallion on ‘Circo Loco’. During that song’s opening verse, Drake casts doubt over Megan’s alleged shooting in 2020, rapping: “This bitch lie ’bout getting shot / But she still a stallion.” In response, Megan posted a series of tweets demanding that rappers “stop using [her] shooting for clout.”

‘Her Loss’ served as Drake and Savage’s debut collaborative full-length project upon its release last Friday (November 4). The rappers had appeared on several tracks together in the past, beginning with the release of ‘Sneakin’ in 2016. They also both appeared on the Juicy J-sampling track ‘Knife Talk’ (from Drake’s solo 2022 album ‘Honestly, Nevermind’), as well as ‘Mr. Right Now’ alongside Metro Boomin.