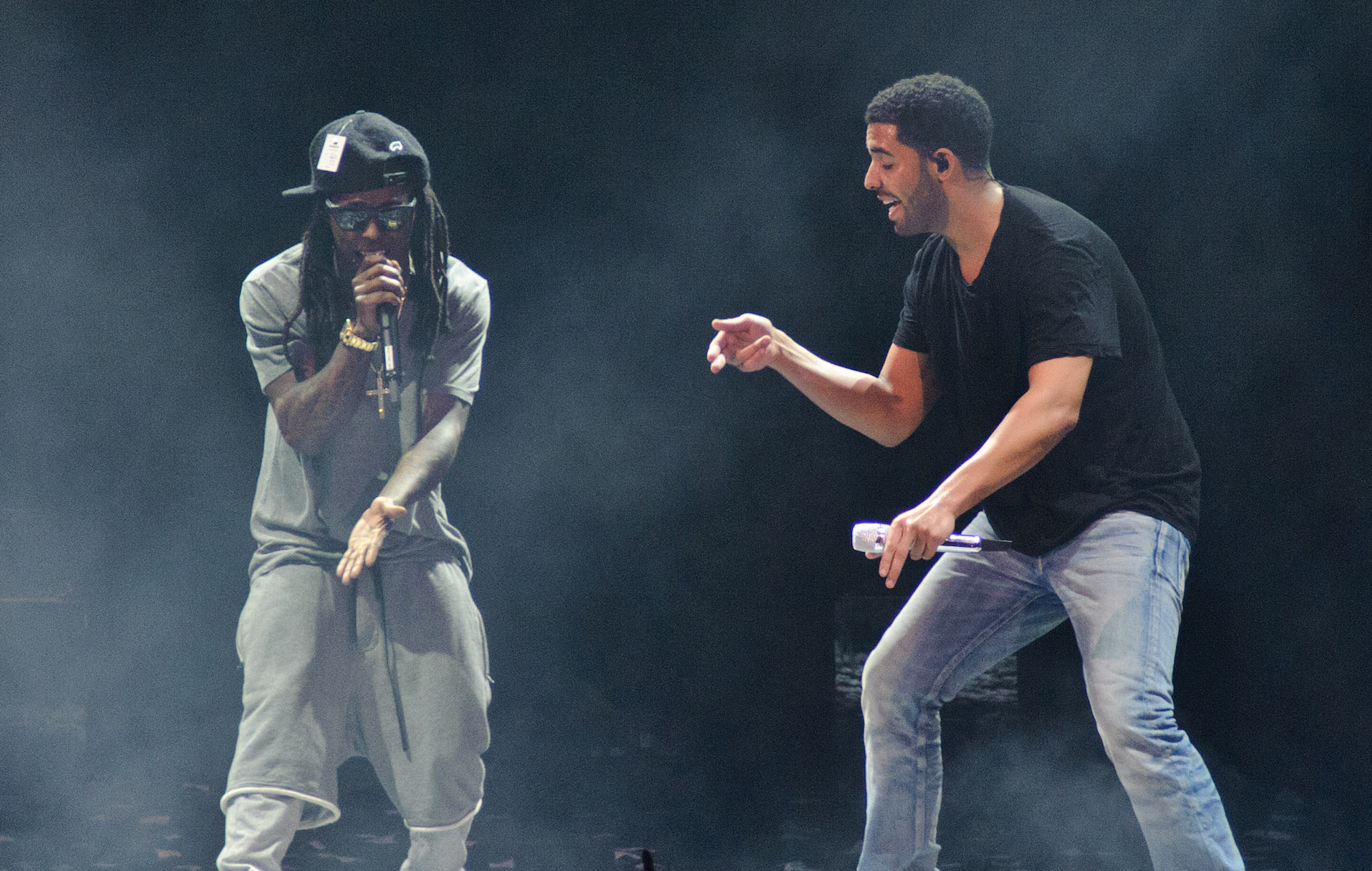 Drake and Lil Wayne have reportedly discussed another joint tour

Drake and Lil Wayne have reportedly been discussing plans for another joint tour.

In 2014, the rappers held the ‘Drake vs Lil Wayne Tour’, which hit US arenas across the summer.

Speaking as part of Brian Miller’s Art Of Facts show, Drake’s former manager, Cortez Bryant, remembered the 2014 tour, as well as revealing that plans for a second run have been discussed.

“My favourite tour of them all was this Drake vs Lil Wayne tour,” Bryant said. “The concept was crazy,” he added, referring to an interactive app given to fans at the tour, with which they could give either Drake or Wayne a “power up” while performing, in homage to Street Fighter.

“It was a fun tour. We had fun every night. It was at a time when Drake had arrived as an artist. From seeing him from the inception as a superstar himself and mentor and mentee just going on the stage, having fun, talking a little shit during the whole time … And they talked about [doing a second tour]. I think we do need to do it again.”

Akon recently revealed that he turned down the chance to sign Drake when he was an unknown rapper, because he thought he “sounded like Eminem”.

Drake is set to release his new album ‘Certified Lover Boy’ in the coming months, though it was recently revealed that the rapper failed to trademark the titular term ahead of the release of the album.