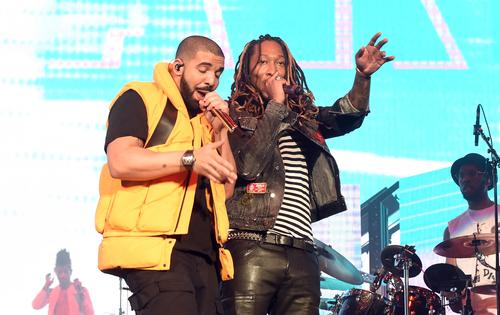 Drake & Future Were The Most Streamed Artists Of 2017

At this point, everyone is looking forward to the amount music that’ll be dropping in 2018. Over the past year, hip hop was ficially dubbed as the most consumed genres in America and most likely globally as well. However, 2017 had a large amount rappers becoming prominent figures in mainstream pop culture. A new report has surfaced that has revealed who were the most streamed artists 2017, and those positions belong to rappers.

The report also dubs Kendrick Lamar’s “Humble” as the most audio-streamed song 2017 with 555.2 million. This makes Kendrick’s “HUMBLE.” one out sixteen songs that were streamed more than 500 million times this past year.

To further prove hip hop’s dominance, 40% the top 1000 most streamed songs were hip hop with 10% belonging to R&B. In addition, they say hip hop was the leading genre in terms total song consumption with 20.9% which was followed by rock at 19.8%.

It’s safe to say that 2017 was the year hip hop dominated the globe. Hopefully, it carries itself in years to come.