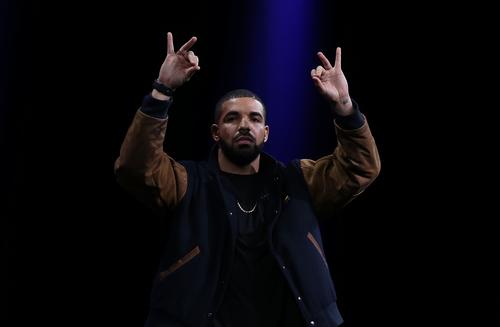 Even when Drake says he isn’t focusing on music, he’s still focusing on music. The rapper stated in 2017 that he’d be spending a good chunk this year embarking on other ventures such as acting and business. However, he’s still been in the studio and snippets some his latest creations have been floating around at parties and events. The Toronto rapper recently held a private party in Memphis, a place he holds near and dear to his heart, where he gave his fellow partygoers a glimpse into what he’s been working on.

Drake recent hosted a private party in Memphis, TN where he surprised the crowd with some new tracks he’s been working on. One the tracks apparently features Blocboy JB. There seems to be several cuts that he played that night. One which seems to have single piano note heavy beat similar to Kendrick Lamar’s “HUMBLE.” Either way, Drake definitely has some shit up his sleeves and we’re excited to hear him release it in the near future.

Earlier this month, a snippet some new Drake music that’s reportedly called “God’s Plan” featuring Trippie Redd surfaced at a NYE party. While no one is sure when it’ll drop, it definitely sounds hot.

Aside from his musical ventures, the rapper’s recent efforts have focused on the City Toronto. The rapper recently launched his new restaurant, Pick 6ix, alongside good friend, OVO Chubbs. In addition, Toronto Raptors announced their six-game “Welcome Toronto” program as well as the newly revealed details to their new OVO-inspired Nike Uniforms.

Peep the snippets music below Complex.