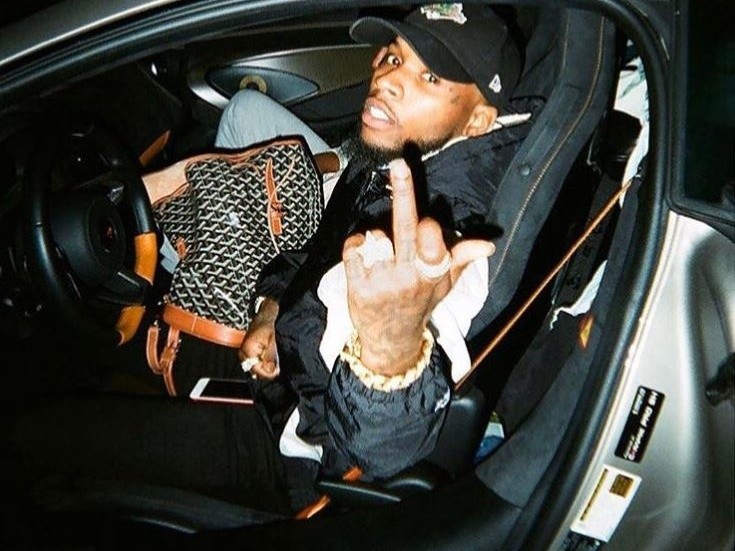 A man who allegedly pretended to be Canadian rapper Tory Lanez was busted on social media in a video uploaded by Instagram user @TheShiggyShow on Tuesday (January 2).

The man, who looks similar to Lanez, appears to adopt the musician’s mannerisms in the video. While the person recording acts excited by this candid appearance from Lanez, he later calls out the man over his Hip Hop foolery.

“We out here in MIA with Tory Lanez. Man, that ain’t no fuckin’ Tory Lanez, man,” @TheShiggyShow says in his video.

The real Tory Lanez later reposted the video and although he appeared to be momentarily amused, he did suggest people “have to chill.”

“YOO this fame shit getting too crazy @theshiggyshow These 2 niggas was acting like they was me and @writtenbyray the whole weekend it’s 2018 … NIGGAS HAVE TO CHILL,” Lanez wrote in his caption to the video.

Drake also chimed in on the video, writing, “I’m done…he even had the ‘I get this all the time’ swag on 100” in a comment to Lanez’s repost.

Check out the posts above.