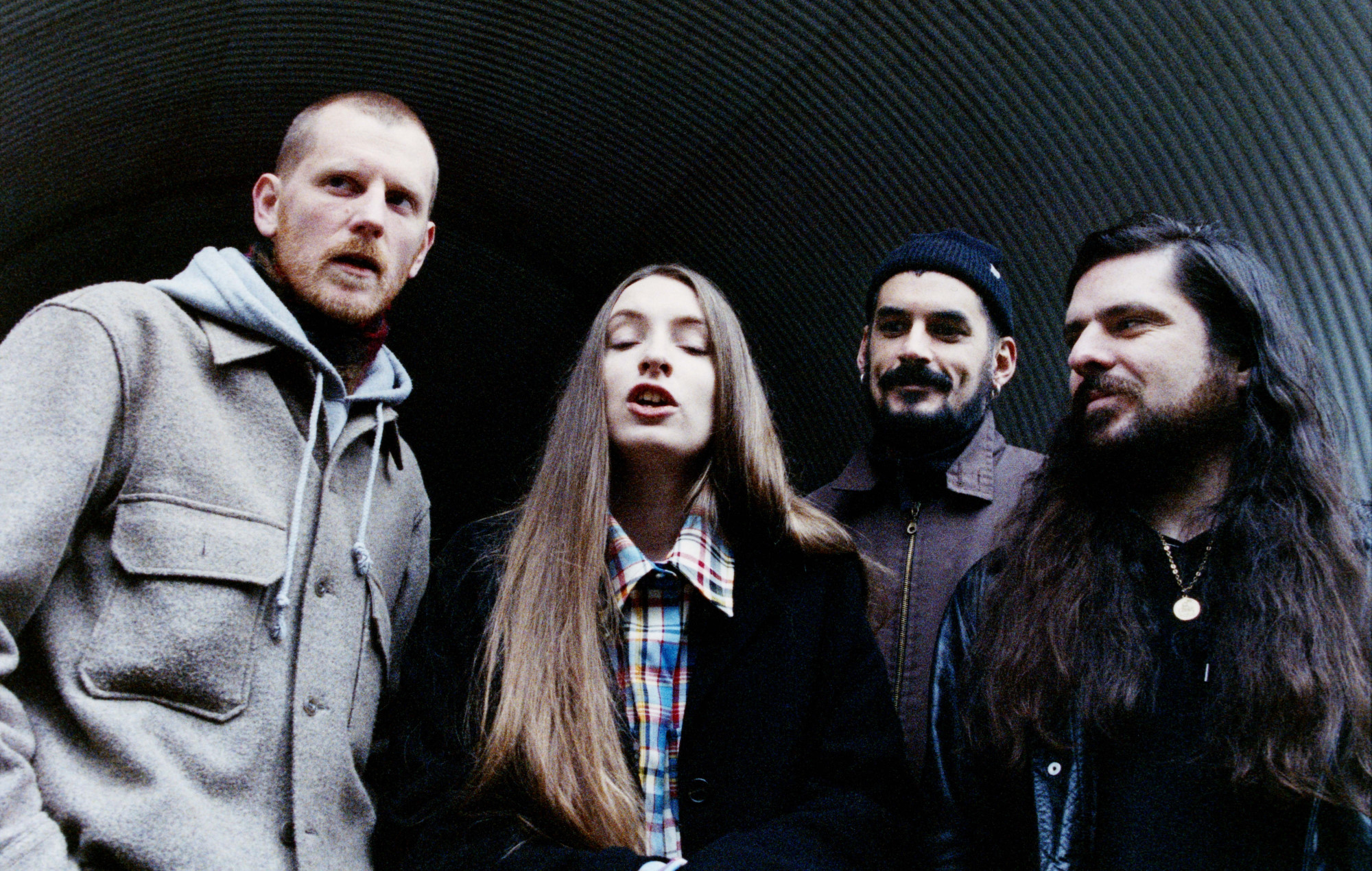 Dry Cleaning have shared a music video for ‘Unsmart Lady’, the third single from their debut album, ‘New Long Leg’.

‘Unsmart Lady’ was premiered during the band’s performance for BBC’s virtual Radio 6 Music Festival prior to the official release of its studio version. It follows the release of last year’s ‘Scratchcard Lanyard’ and February’s ‘Strong Feelings’. The single is the final to be lifted from the album prior to its release this Friday (April 2).

The band have also shared an accompanying music video, which sees them performing inside a carpet shop in their native South London. Filmmaker Tilly Shiner directed the clip, who shot it on 8mm video.

“I was thinking about these things that are supposed to be a source of shame about your appearance,” she said, “and wanting to use them in a powerful way.”

“[You’re] just trying to survive when you feel knackered and put-upon and shit about yourself, but you say, ‘I don’t care what I’m supposed to be.’”

Dry Cleaning also recently performed on Later… with Jools Holland. They performed ‘Scratchcard Lanyard,’ which was filmed at London venue the Moth Club. They’ve also announced a UK and Ireland headline tour for 2022.