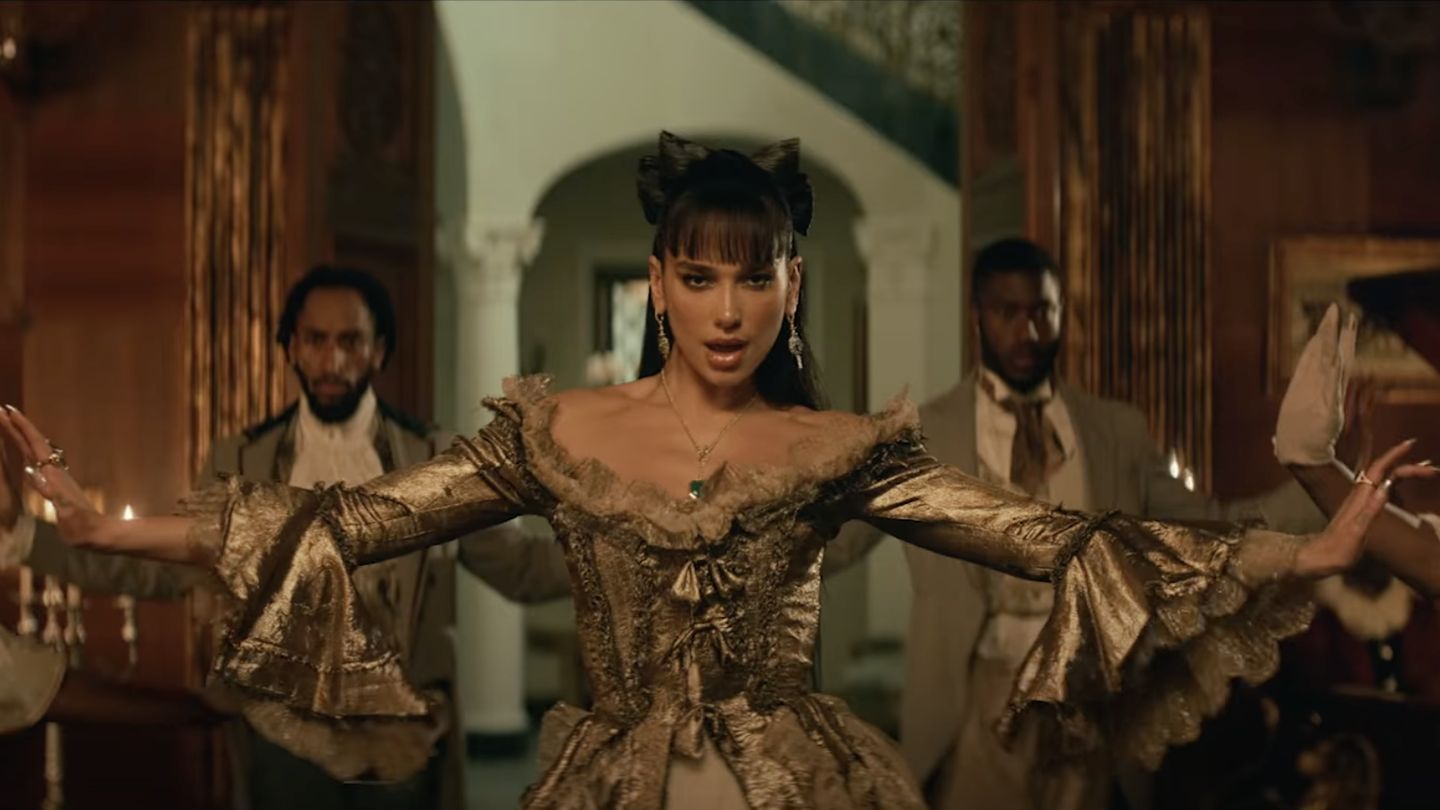 Dua Lipa is the new female alpha in the palace in the new music video of “Demeanor,” a collaboration with the late hip-hop rapper Pop Smoke which premiered Thursday (July 29).

The video begins with Lady Dua at the dressing table, applying makeup as her lady-in-waiting whispers to her. The footage then shows a large castle overlooking a red sunset and pans toward the window of the great hall, displaying a lavish feast. The song enters with Smoke’s vocals as guests donned in extravagant Rococo and Baroque outfits and wigs are having a good, old time. The video pays tribute to the late rapper in a ghostly cloud seated at the head table and in a wall-motion portrait immortalizing him as a Roman emperor.

“I’m feelin’ on your baba treesha / Shorty said she like my demeanor / And she look like a eater / I’m off the Perky geekin’,” the Brooklyn rapper sings on the chorus.

Dua harmonizes with Smoke on the lyric “My demeanor is meaner than yours” and makes a grand entrance to the party in her metallic gold ruffled gown within the second verse. She, her ladies, and her butlers do a fabulous court dance to the camera.

“Female alpha and I practice what I preach, I devour / Tell me, can you take the heat?,” she sings. “You can touch with your eyes only / I know you like what you see / That je ne sais quoi energy / Baby, get on your knees.”

The “Levitating” singer struts across the room as she sings the iconic line “You can’t say Pop without Smoke” and performs several dances with different partners on the floor. Toward the end, she raises her glass with the guests to give a toast. Clap for the encore.

On Instagram, Dua Lipa showed appreciation for Smoke’s family. “Thank you to the team and Pop’s family for having me on this song. Thank you to my friends for making this video with me,” she said in her latest post, honoring the rapper who was slain in a home invasion in Los Angeles in February 2020.

“Demeanor” is the lead single and 16th track on Pop Smoke’s posthumous second studio album Faith, which was released earlier this month on July 16, four days before what would have been the rapper’s 22nd birthday. The album follows his other posthumous 2020 album Shoot for the Stars, Aim for the Moon. Faith peaked No. 1 on the Billboard 200 and Top R&B/Hip-Hop Albums charts and is still going.