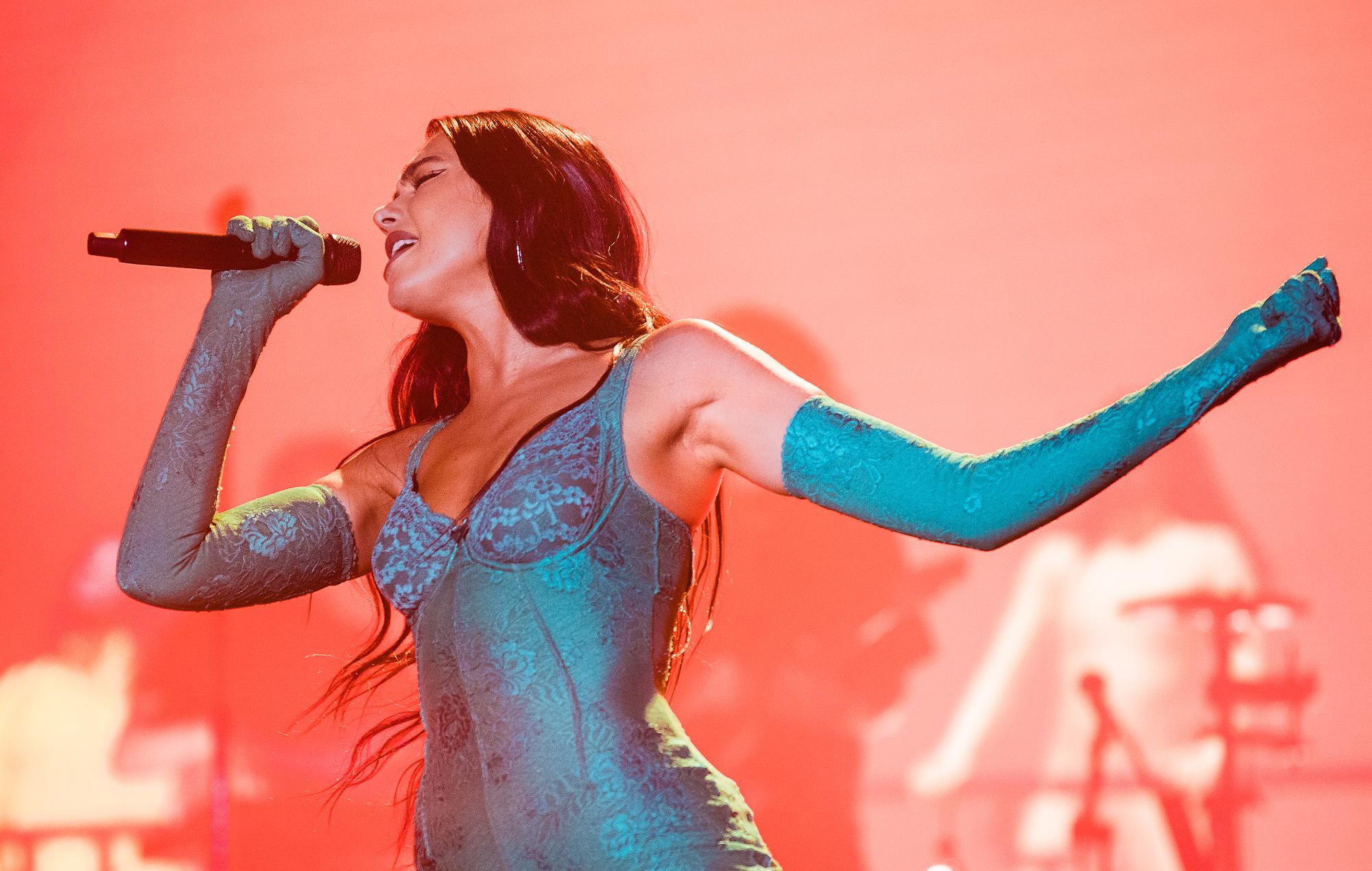 Dua Lipa on breaking into acting: “For me it’s baby steps”

Dua Lipa has spoken about her first foray into acting.

The pop star plays an undisclosed role in Apple TV+‘s forthcoming spy thriller Argylle, which is slated for release next year, opposite Henry Cavill.

Lipa has addressed her acting debut on a recent episode of her podcast Dua Lipa: At Your Service on iHeartMedia.

Speaking to Schitt’s Creek creator and star Dan Levy on the episode, Lipa reflected on shooting the film. “I had a really great time, and it was really exciting, but I think for me it’s like baby steps,” she said.

“I think that’s also just, like, the best way to discover yourself as well. Rather than throwing yourself in the deep end with something that maybe you can’t completely tackle head on. Like, I think my biggest fear would be taking on a really big role and being, like, fuck. Now I have to, like, be an actor and feel these emotions and feelings on camera, when I haven’t, like, you know, brought myself up to that point yet. But definitely really exciting.”

Earlier this year a first look at Cavill and Lipa in Matthew Vaughn’s forthcoming film was shared – see that below.

According to a press release, the film “follows the globe-trotting adventures of a super-spy named Argylle across the US, London and other exotic locations”.

Vaughn (Kingsman) is on board to direct from a script written by Jason Fuchs (Wonder Woman), produced by Marv and Vaughn’s regular collaborators Adam Bohling and David Reid, as well as Fuchs. Zygi Kamasa, Carlos Peres, Claudia Vaughn and Adam Fishbach will serve as executive producers.

Meanwhile, in other Dua Lipa news the singer revealed recently that she feels more in “control” on her forthcoming new album than ever before.

Her follow-up to her 2020 smash ‘Future Nostalgia’ was first teased in January when Lipa said she had “done a big chunk of writing” for the new record.

In March, the pop star then revealed that the album was “50 per cent done” and is “starting to take shape”.

She has since spoken further of the new record, telling Vogue Australia: “As I’m writing my new album, I feel even more liberated in a completely different way. And even more in control than I thought.”