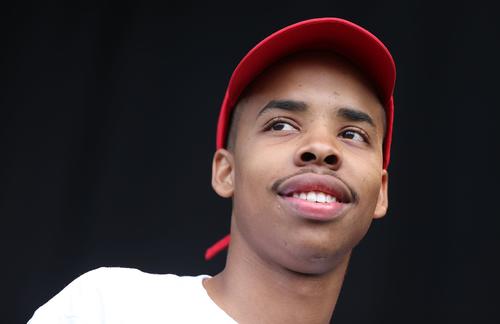 Just yesterday we posted on the tragic passing Earl Sweatshirt’s father, a well-known poet and activist named Keorapetse Kgositsile. He was 79-years-old and although he and his son never had the best relationship, the “Chum” rapper has shared his appreciation for the love and support his numerous fans have sent him.

In a simple tweet, Earl shares a photo his father with the caption, “thank yall for your thoughts and love.” In the photo, his father can be seen reading one his poems out loud. The beginning the poem reads, “With informed hope, and resolve we must know, how to move forward to a landscape, where our dream cannot be turned into nightmare.”

In a 2011 interview with The New Yorker, Keorapetse said he didn’t listen to his son’s music, adding “When he feels that he’s got something to share with me, he’ll do that. And until then I will not impose myself on him just because the world talks him.”

Earl hit up Twitter not too long to let fans know that new music will be coming out this year: