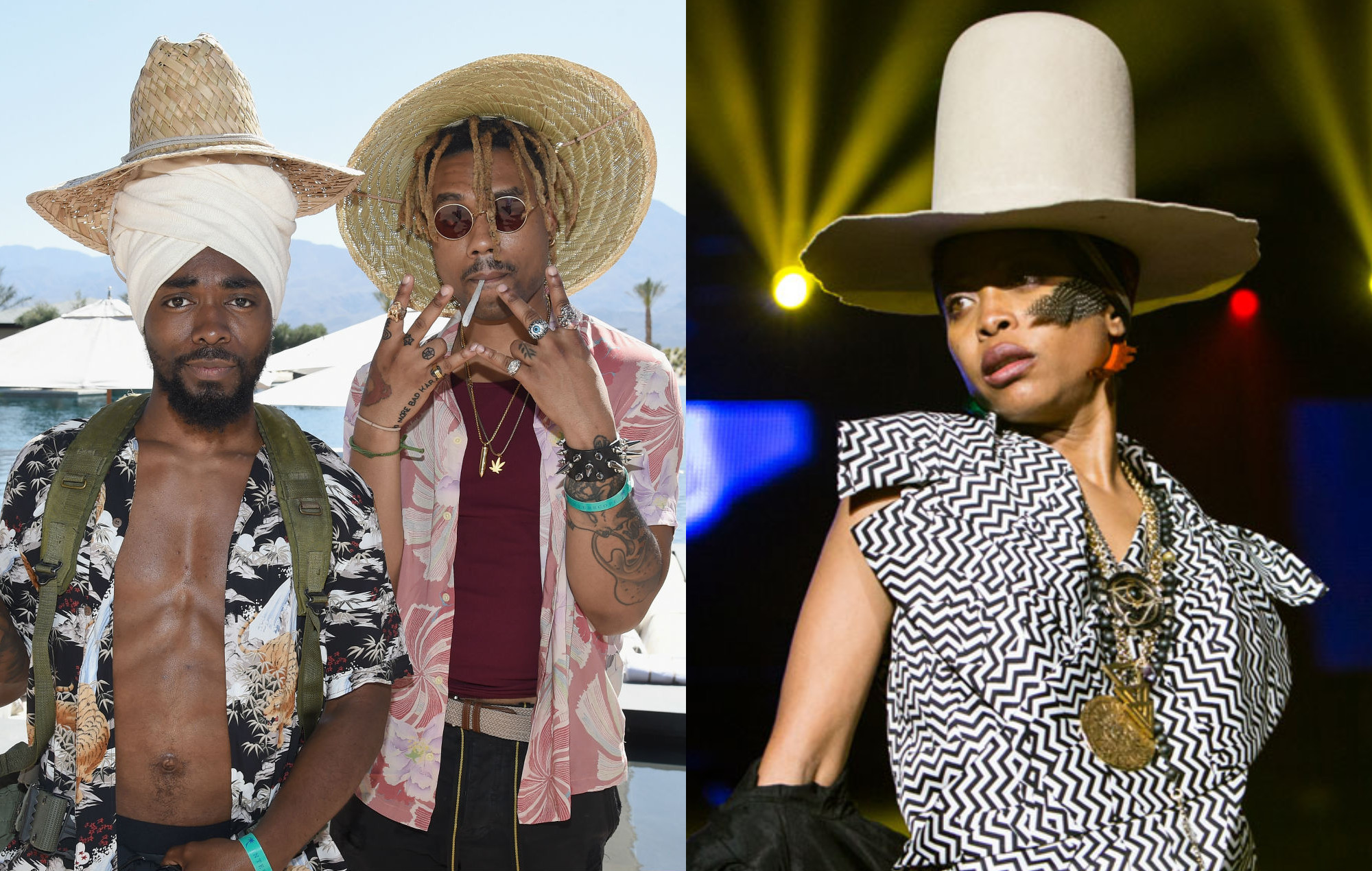 EarthGang have paid tribute to Erykah Badu in their latest single, simply named for the neo-soul icon, ‘Erykah’.

The song is packed with a narrative that speaks of Badu’s early influence on the duo, the smooth rhythms mixed with snippets of ‘Window Seat’ from Badu’s 2010 album ‘New Amerykah Part Two (Return of the Ankh)’.

The official music video is a relaxed montage of EarthGang – comprised of Atlanta-based rappers Olu (aka Johnny Venus) and WowGr8 (aka Doctur Dot) – captured in a live setting, on a boat on open waters and socialising with friends among other feel-good scenes.

‘Erykah’ – which dropped yesterday (August 11) – is the latest in EarthGang’s honours to musical legends through their #GHETTOGODS series, having released the freestyle ‘Aretha’, an ode to the late Aretha Franklin, back in May.

EarthGang released their third album ‘Mirrorland’ – their debut on J. Cole’s Dreamville label – back in 2019.

In a four-star review, NME said the concepts presented could make EarthGang the next Outkast, saying: “In a rap scene where viral stardom is often prioritised over musicality, they infect a dose of well-needed lyricism.

“In a genre overpopulated with solo artists, it’s refreshing to see a duo emerge from the ashes.”