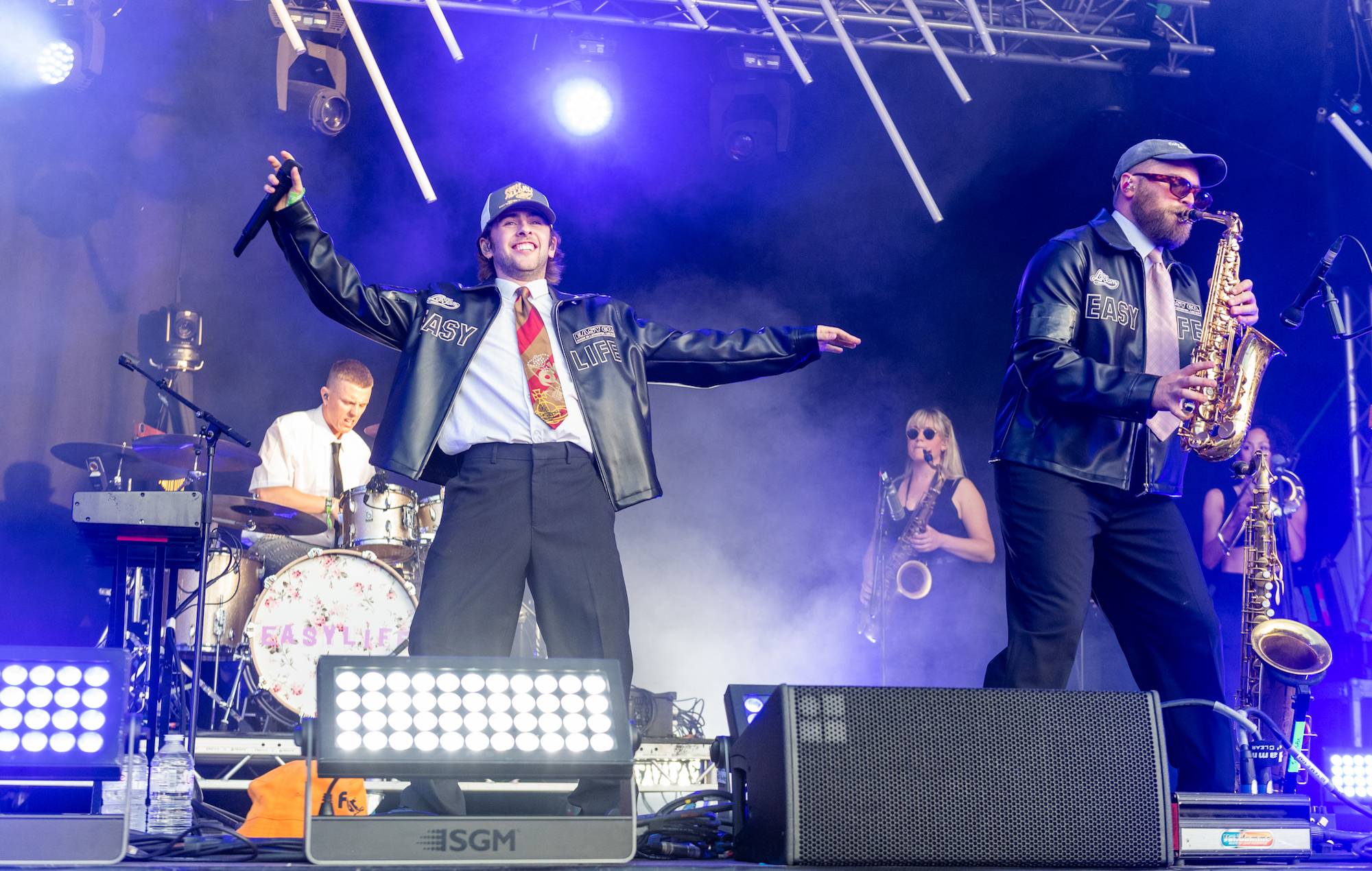 Easy Life have announced details of a 2023 UK and European headline tour featuring their biggest gigs to date – get full details below and find out how to get tickets here.

The Leicester band are set to release new album ‘Maybe In Another Life’ next month (October 7) after production delays pushed the record back from a planned July release.

The band have now revealed that following the album’s release they will tour across the UK and Europe in early 2023, with the extensive set of gigs including their biggest headline show to date at London’s Alexandra Palace on February 25.

“it’s happeninggg,” the band wrote on Twitter when announcing the gigs. “We are taking the easy life show on the road – UK, Ireland and Europe.”

They added: “this is our biggest tour yet and we are bringing out the big guns.”

General sale tickets for the show go on sale from 10am BST on Friday, September 16 here. Fans can access a pre-sale by pre-ordering ‘Maybe In Another Life’ here by 4pm BST on Tuesday (September 13).

See the full list of Easy Life’s 2023 UK and European tour dates below.

we are taking the easy life show on the road – UK, Ireland and Europe. this is our biggest tour yet and we are bringing out the big guns.

general sale friday 10am bst. pre-order the album before tuesday 4pm to be given pre-sale access. https://t.co/OnWRfXvUqd pic.twitter.com/FTVmhDMKGW

So far, Easy Life have shared a number of previews of their new record. In July they shared the single ‘OTT’, featuring New Zealand singer BENEE.

Of the song, frontman Murray Matravers said: “Like most things easy life..there is still that element of optimism: that perhaps with enough care and attention, something can be done. BENEE crushed it – her voice is like water and she’s a real queen of melody.”