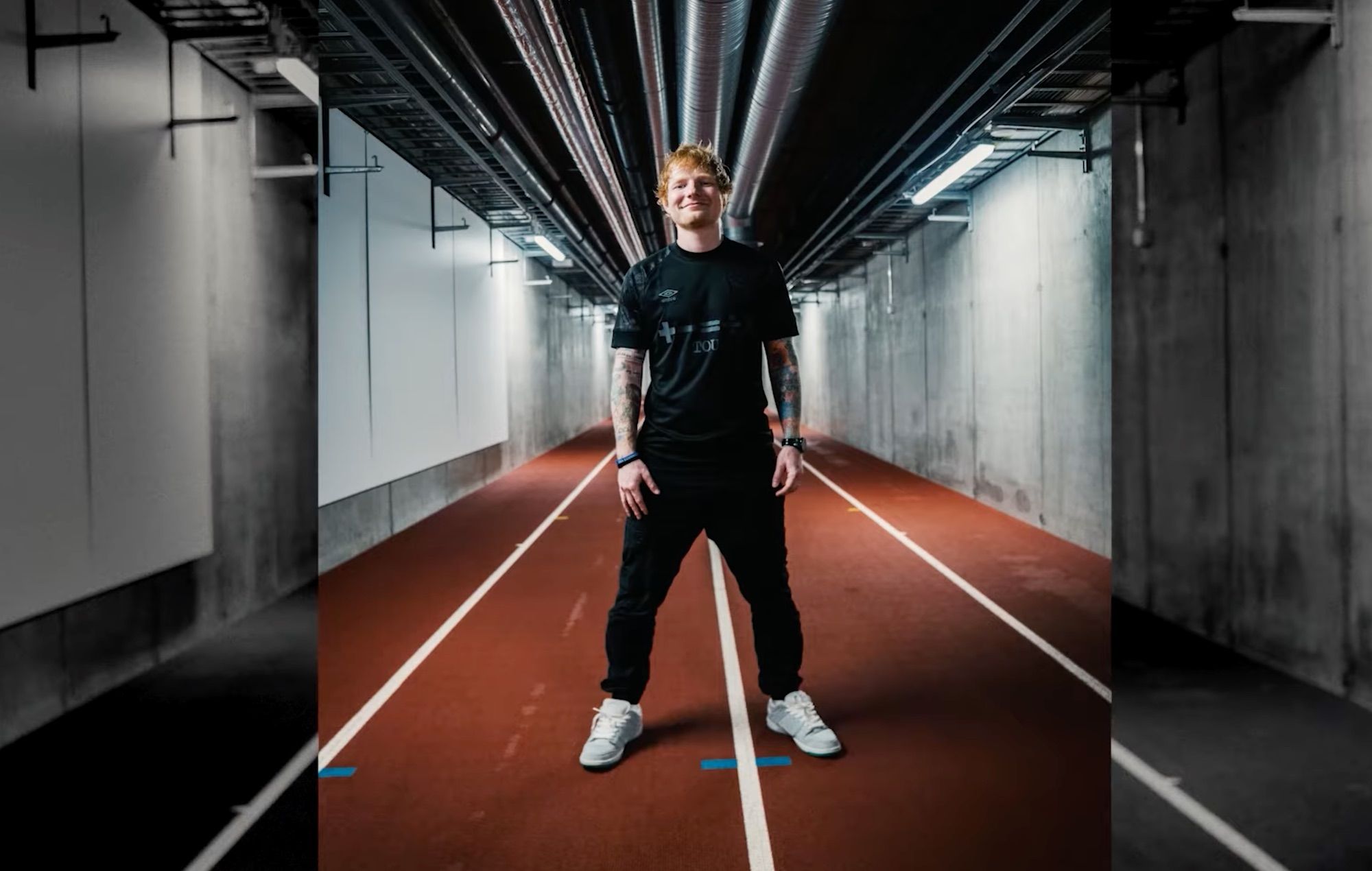 Last summer, the pop star announced that he was set to sponsor the club’s kit, with the front of the shirt adorned with promotion for his ‘+ – = ÷ x tour’.

For the 2022/23 season, which began last month, the club are once again sponsored by Sheeran, and the pop star has revealed that he also designed their blackout third kit, which he modelled for its reveal this week.

The new shirt incorporates parts of the artwork for Sheeran’s 2021 album ‘=’, and the singer said he wanted to create “a cool bit of clothing people around the world would want to wear”.

Revealing that he was asked by the club “to help design the third kit”, Sheeran added that he “wanted to make something with a subtle homage to the album”.

See the kit below.

Ipswich Town’s head of Retail Operations, Paul Macro, said in a statement: “We thought it would be great to get Ed involved in the design of our third kit.

“Ed loved the final designs and it’s great to finally show off this collaboration to our supporters.”

“The football club is a big part of the local community and this is my way of showing my support,” Sheeran said last year of his involvement with the Tractor Boys. “I have always enjoyed my trips to Portman Road and I’m looking forward to going back there as soon as supporters are allowed into stadiums again. ”

For the 2021/22 season, Sheeran was officially added to Ipswich Town FC’s squad list, wearing the number 17 shirt. “This is bonkers really, isn’t it!” Sheeran said of being given a number. “When Ipswich told me I thought they were joking but I love the idea.

“I think this is going be a great season and I’m honoured to be a part of it. I just hope this squad number is only ceremonial because I want to see us promoted and that’s not going to happen if I’m playing!”