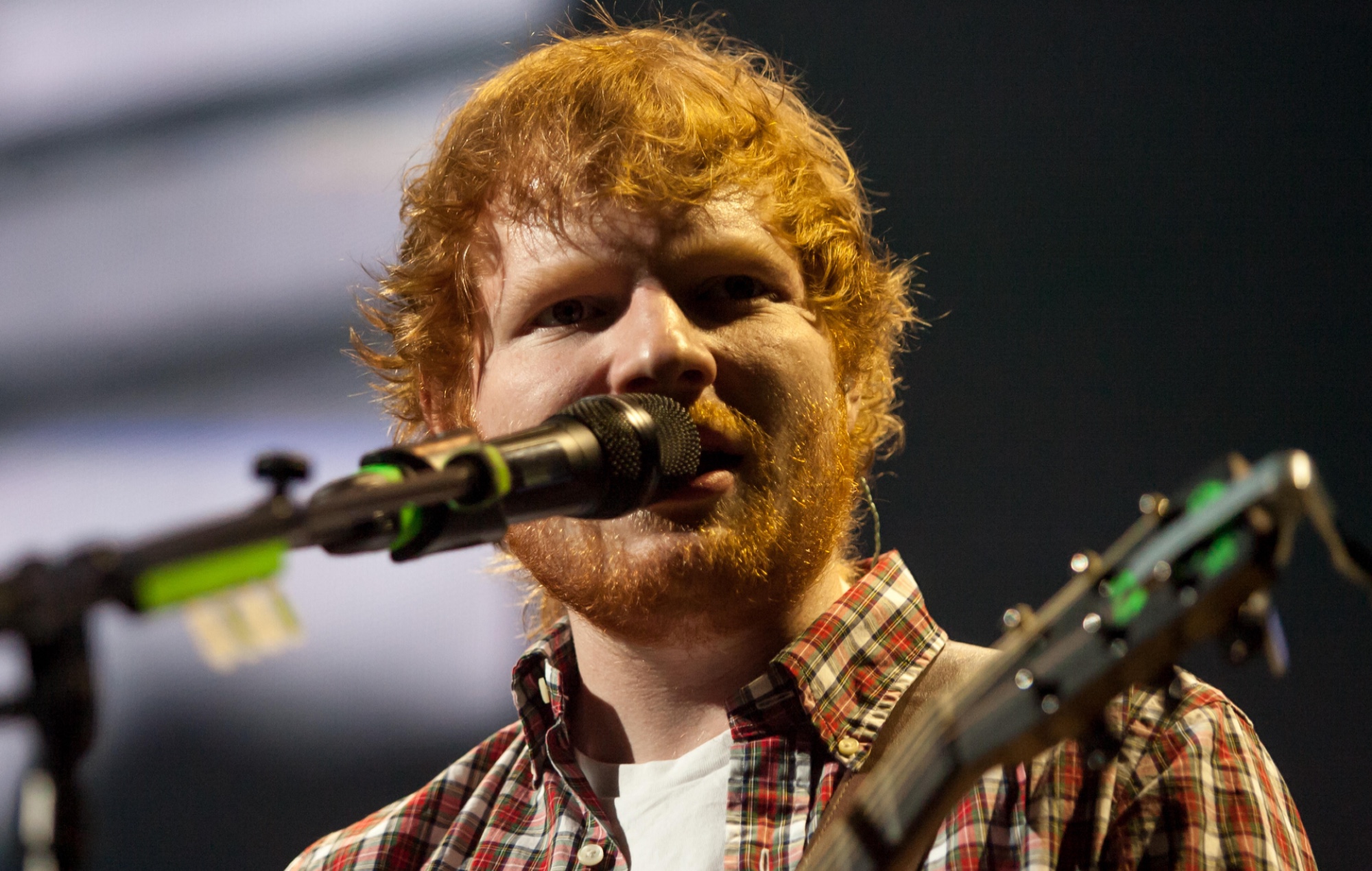 Ed Sheeran has been spotted filming a new music video, leading to speculation that he’s got new music on the way.

Sheeran, who has been on hiatus from music for the last 18-months, was spotted in Catford, South East London filming scenes from what was thought to be a music video on top of Catford Shopping Centre.

As reported in The Sun, Sheeran was dressed as a vampire for part of the video, with extras dressed as zombies and ghouls joining him for the shoot.

Sheeran was also spotted on top of the roof playing his acoustic guitar – you can see some images below.

One for the intrigue of fellow south London folk… if you’re familiar with Catford shopping centre (the one with the big cat on it), one does not anticipate seeing Ed Sheeran there, or on the roof, or dressed as a vampire… https://t.co/qiJEFxMlJO

Ed Sheeran as a vampire 🛐 pic.twitter.com/jhdj8A4uza

An onlooker told The Sun: “It was obvious something big was happening, there were camera crews and security cordons set-up. But you still don’t expect a superstar to be on the roof of the shopping centre.

“He’s so recognisable straight away, and at that point he was just in his normal gear with his guitar so word got around fairly fast that Ed was filming – but he was cool about it, he was waving to some kids and laughing about it all, it was pretty surreal.”

While Sheeran is currently enjoying a career break and taking in fatherhood, he teased back in February that he’ll return at some point in 2021 to deliver his fourth album.

Marking his 30th birthday on Instagram, he wrote: “30 today. Thank you for all your wonderful messages, I feel very loved. Currently dressed the same as I was on my 3rd birthday about to chow down on Colin the pirate caterpillar, poor bloke.”

He added: “I’ll be back online with the 4th instalment in the series later this year, until then.”


Back in March, an original painting by Sheeran raised more than £51,000 for a cancer charity.

The artist’s abstract work, called ‘Splash Planet’, was won by a fan on the US east coast who shelled out £20 for a ticket as part of a charity draw.

The singer also delivered a video message ahead of the raffle and explained that the painting featured in the cover for his one-off single ‘Afterglow’. He previously said of the paintings: “I painted a canvas a day for 30 days. It was really fun. It’s kind of Jackson Pollocky.

“I bought house paint and just layered it up by flicking it. I just do my art and I love doing it. It’s something that makes me happy, that no one else needs to judge.”