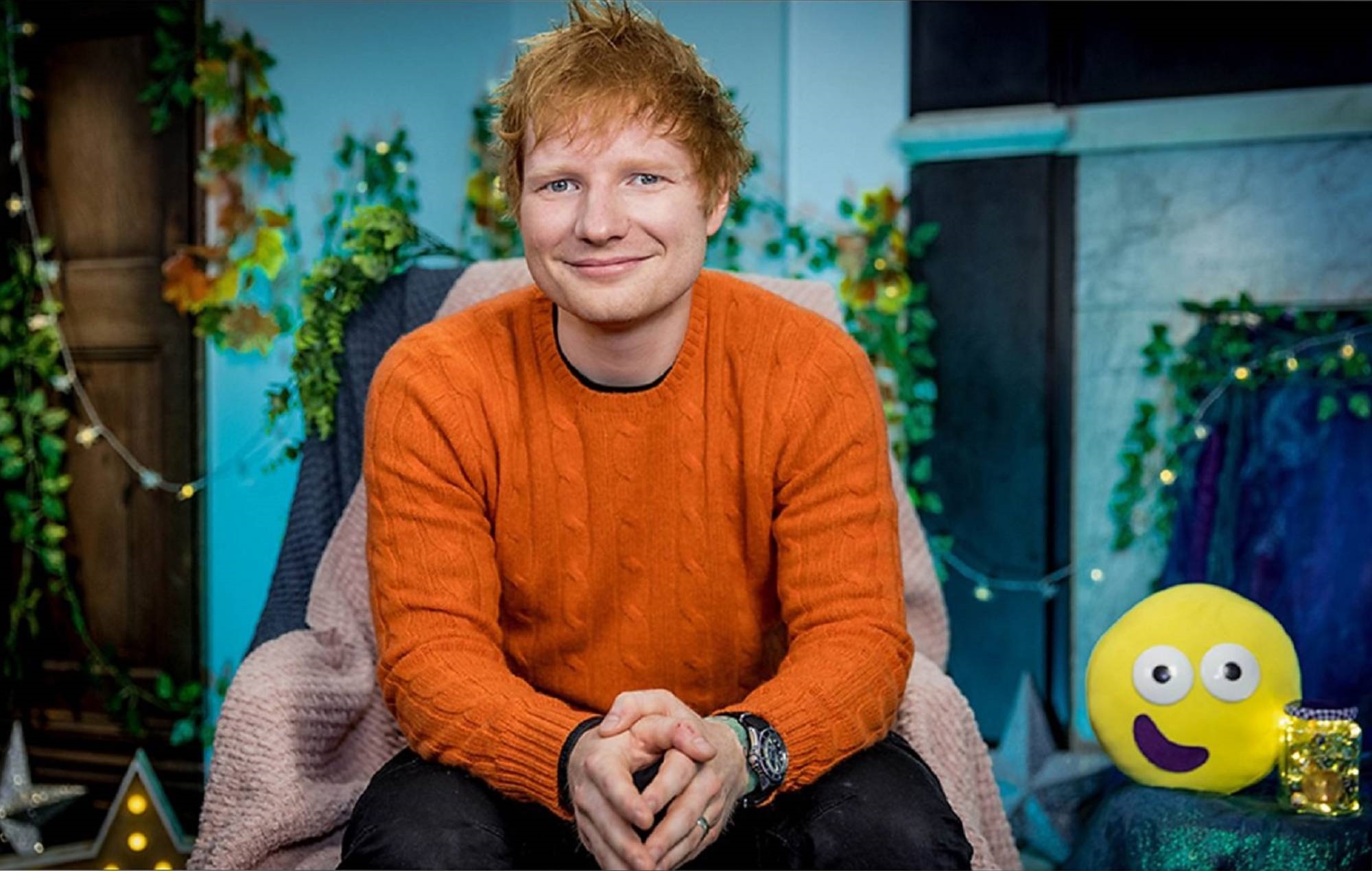 Ed Sheeran to read kid’s story about stuttering on ‘CBeebies’

Ed Sheeran is set to read a tale about about a boy stuttering on a new episode of CBeebies’ Bedtime Stories.

Sheeran will read the story I Talk Like A River, which is written by Jordan Scott and Sydney Smith at 6.50pm BST on November 5.

The book is about a boy whose father helps him by explaining that the flow of his words is like a river.

Sheeran, who had a stutter when he was younger, told BBC News he was “delighted” to read the tale, adding: “I hope the story helps inspire and support other children who stutter.”

He continued: “Growing up, I had a stutter like the boy in I Talk Like A River, so I’m delighted to be reading this story for CBeebies Bedtime Stories, especially as I’m a new dad myself.”

Do you know a child who stutters? 🗣@edsheeran is reading an ‘Ed-time’ Story about it on Fri 5th Nov 📚

The singer-songwriter previously said he managed to get rid of his stutter by rapping to Eminem.

“My Uncle Jim told my dad that Eminem was the next Bob Dylan — it’s pretty similar, it’s all just storytelling — so my dad bought me ‘The Marshall Mathers LP’ when I was nine years old, not knowing what was on it,” he told a New York fundraiser for the American Institute Of Stuttering in 2015. “I learned every word of it, back to front, by the time I was ten. He raps very fast and melodically and percussively, and it helped me get rid of the stutter.”

”The people I went to school with that were the most normal and were the coolest when we grew up – one of the cool kids from school now does my plumbing! That’s a fact! If you try to be the cool kid in class, you’ll end up very boring and doing plumbing for someone who apparently wasn’t that cool. Be yourself. Embrace your quirks. Being weird is a wonderful thing.… I have a fucking football team now, that’s pretty cool!”

Meanwhile, Sheeran recently campaigned to help Elton John, who features in this week’s Big Read, knock him off the top of the singles chart last week after occupying the top spot in the UK for the past 15 weeks, firstly with his comeback single ‘Bad Habits’ and more recently with his latest track ‘Shivers’.

As a result, John and Dua Lipa‘s ‘Cold Heart’ (PNAU remix) went to Number One scoring the Rocketman his eighth chart topper and his first for 16 years.