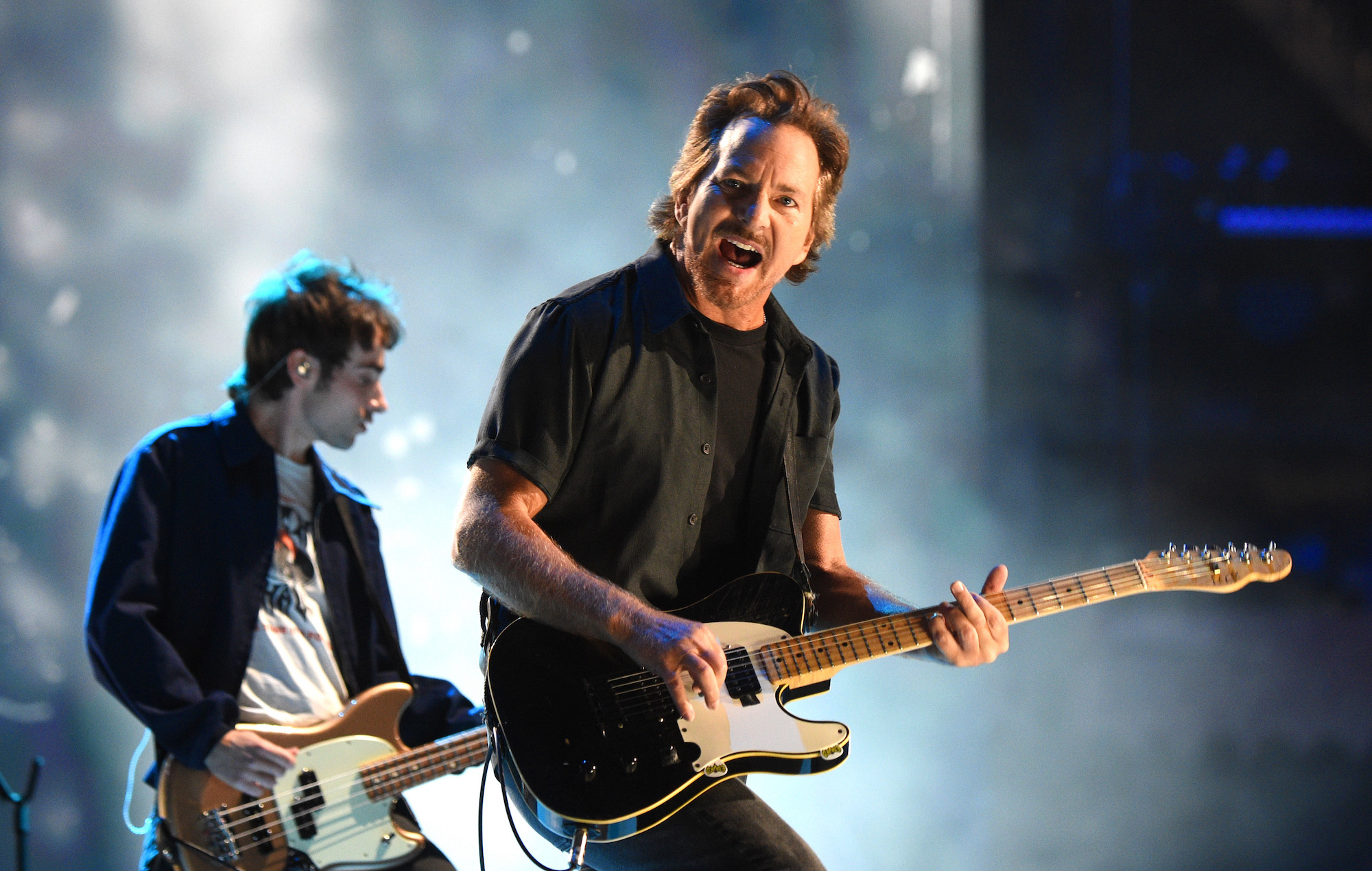 During his appearance, Vedder performed a version of the grunge band’s ‘Vitalogy’ classic ‘Corduroy’, as well as a cover of Little Steven’s ‘I Am A Patriot’. He was joined by a backing band that included ex-Red Hot Chili Peppers guitarist Josh Klinghoffer. You can watch Vedder perform both tracks below now.

The show took place at Los Angeles’ SoFi Stadium and was intended to encourage fans to get vaccinated against COVID-19. It was broadcast on YouTube globally and also aimed to raise money to help vaccinate over 27million healthcare workers around the world.

Vedder used his time on stage to make a plea to governments worldwide. “If you’re a government, if you’re a world leader, and you have excess vaccine, please don’t stockpile,” he said. “Please make it available to the countries that need it. Please distribute it ASAP.

“And if you’re a drug company, we thank you for your inventions. If you really wanted to be heroes, if you want history to look back and smile upon you as heroes, it would be great if you could distribute this vaccine at cost and then you’d have a fair and equitable distribution system throughout the planet, and that’s how we will survive and conquer this pandemic.”


Elsewhere at Vax Live, Foo Fighters teamed up with Brian Johnson to cover AC/DC’s ‘Back In Black’.