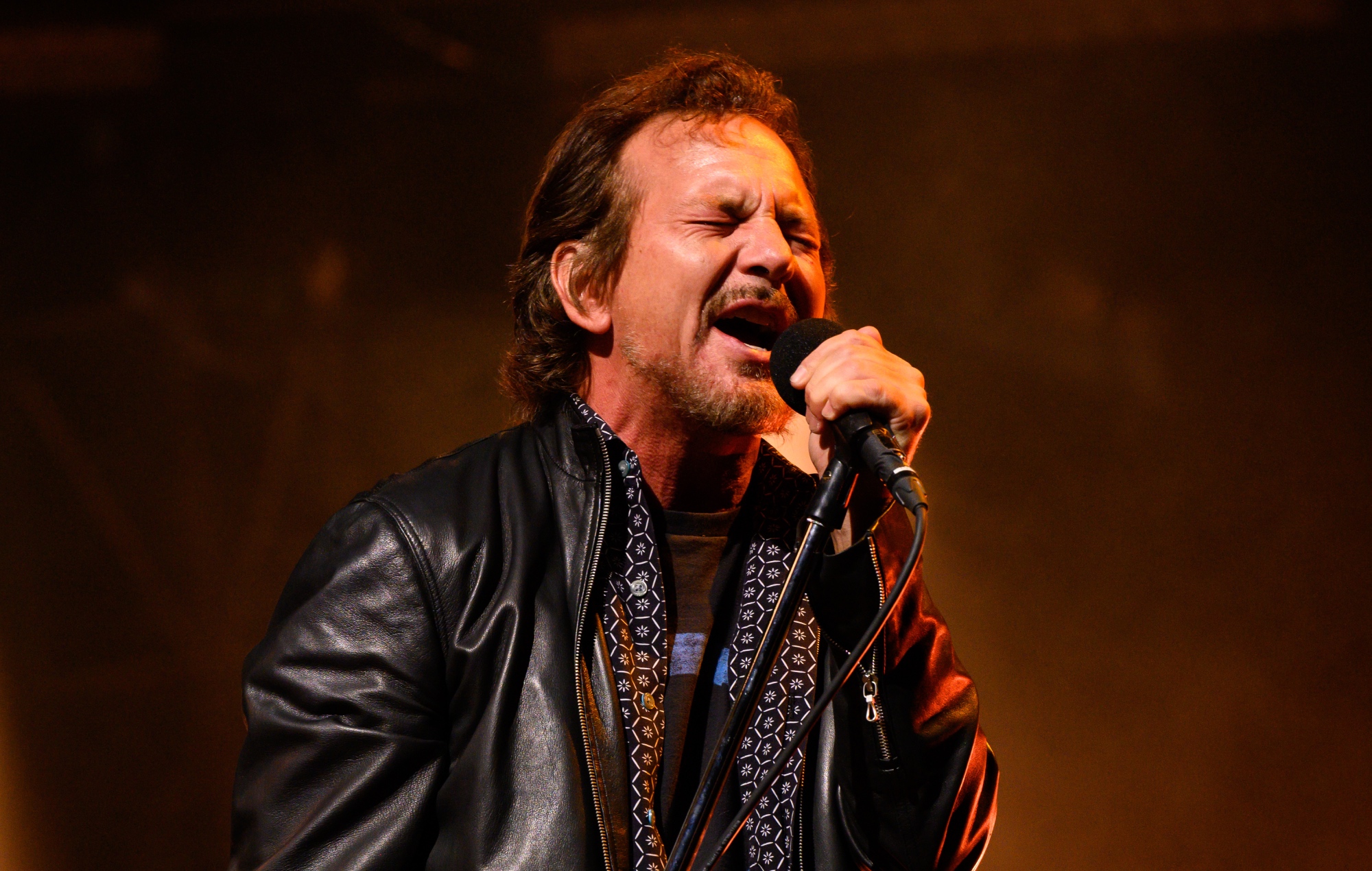 Eddie Vedder has shared a new track called ‘The Haves’ and announced the release date for his upcoming album, ‘Earthling’.

The Pearl Jam frontman’s first solo record in 11 years will arrive on February 11 via Seattle Surf/Republic. It was produced by Andrew Wyatt, who was named Producer Of The Year at the Grammys 2021.

Having shared its first single ‘Long Way’ in September, Vedder has now released ‘The Haves’ with an accompanying official lyric video.

Opening with delicate piano and guitar, the song begins with the lines: “When you wake up/ It just might be/ The first of many blows that you’ll receive/ Today, what we need/ We want what we need/ We need what’s above/ We’re always reaching for something above/ But we’ve got enough.”

Drums are introduced in the second verse, with strings backing Vedder’s raw vocals during the powerful final minute – listen below.

‘The Haves’ appears on the B-side of a special ‘Long Way’ seven-inch vinyl, which is available to purchase here.

Earlier this year, Eddie Vedder contributed to the soundtrack for the Sean Penn-directed Flag Day. One of the songs, ‘My Father’s Daughter’, features vocals by Vedder’s daughter Olivia.

The frontman also appears on Elton John‘s star-studded latest album, ‘The Lockdown Sessions’, alongside the likes of Stevie Nicks, Miley Cyrus and Dua Lipa. Vedder collaborated with John on the track ‘E-Ticket’.


Back in September, Pearl Jam added Josh Klinghoffer to their touring line-up. The former Red Hot Chili Peppers guitarist later said that his new role was “enormously gratifying”, adding: “I feel like I’ve known these guys for 30 years already.”