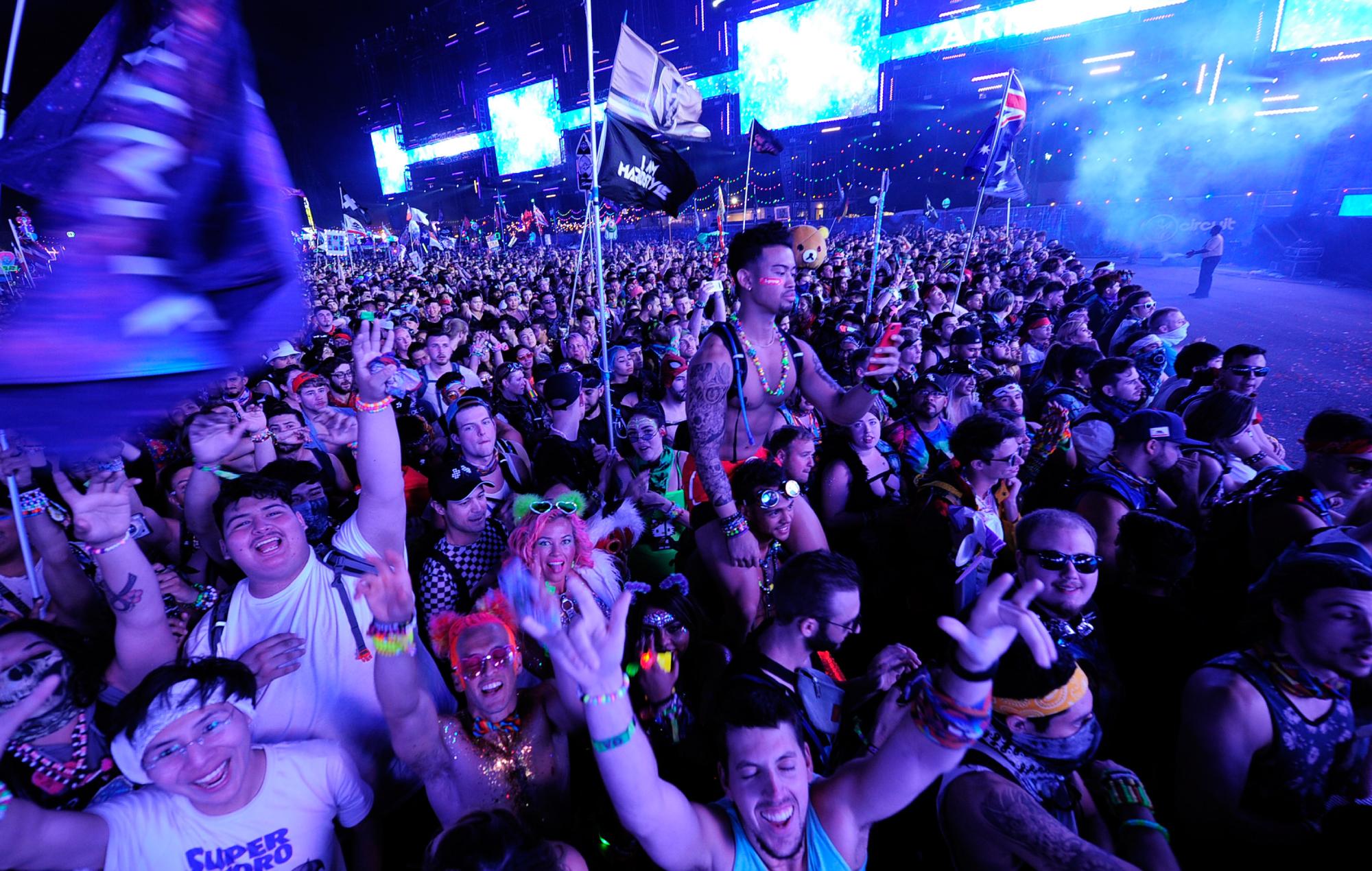 Electric Daisy Carnival postponed until autumn due to COVID-19 concerns

Electric Daisy Carnival (EDC) has moved to October from May due to the coronavirus crisis.

The Las Vegas festival, which is the largest electronic dance festival in North America, has been postponed owing to the need for 60 per cent of residents to be vaccinated.

Organisers believe there isn’t enough time to ensure that quota will be reached by May and have therefore moved the festival to the autumn when it’s more likely to have been met.

In an announcement on Instagram, Pasquale Rotella, founder and CEO of EDC organiser Insomniac, explained that the festival’s home of Clark County passed a reopening plan requiring 60 per cent of residents to be fully vaccinated before large-scale gatherings can take place.

EDC was originally scheduled to take place from May 21- 23 at the Las Vegas Motor Speedway but will now run from October 22-24.

“As we expected and were assured prior to announcing the festival for May, Nevada state officials announced they would lift social distancing requirements as of May 1, creating a path for EDC to happen with strict safety guidelines in place,” Rotella wrote. “We just had a meeting in Las Vegas this past Friday with police, fire, medical, and other agencies involved with EDC to plan out details surrounding the event.”

He added, saying that the lineup has been booked and will be revealed on Wednesday, (April 21) (nothing had materialised at the time of writing): “Unfortunately, the rate at which people get vaccinated before EDC is out of our control. It might happen in time, it might not. Either way, we can’t take that risk.”

All tickets purchased for May will be honoured for the new dates or ticketholders can ask for a refund.

“I continue to believe it’s important we get back out on the dancefloor as soon as possible, and I won’t give up on trying to make that happen,” Rotella added. “I will be announcing an AMA on Reddit in the near future to address any questions.”

The festival’s last event was in 2019, with David Guetta, Deadmau5, A$AP Rocky, Diplo, and Steve Aoki among the leading names. Its 2020 edition was cancelled due to the pandemic.