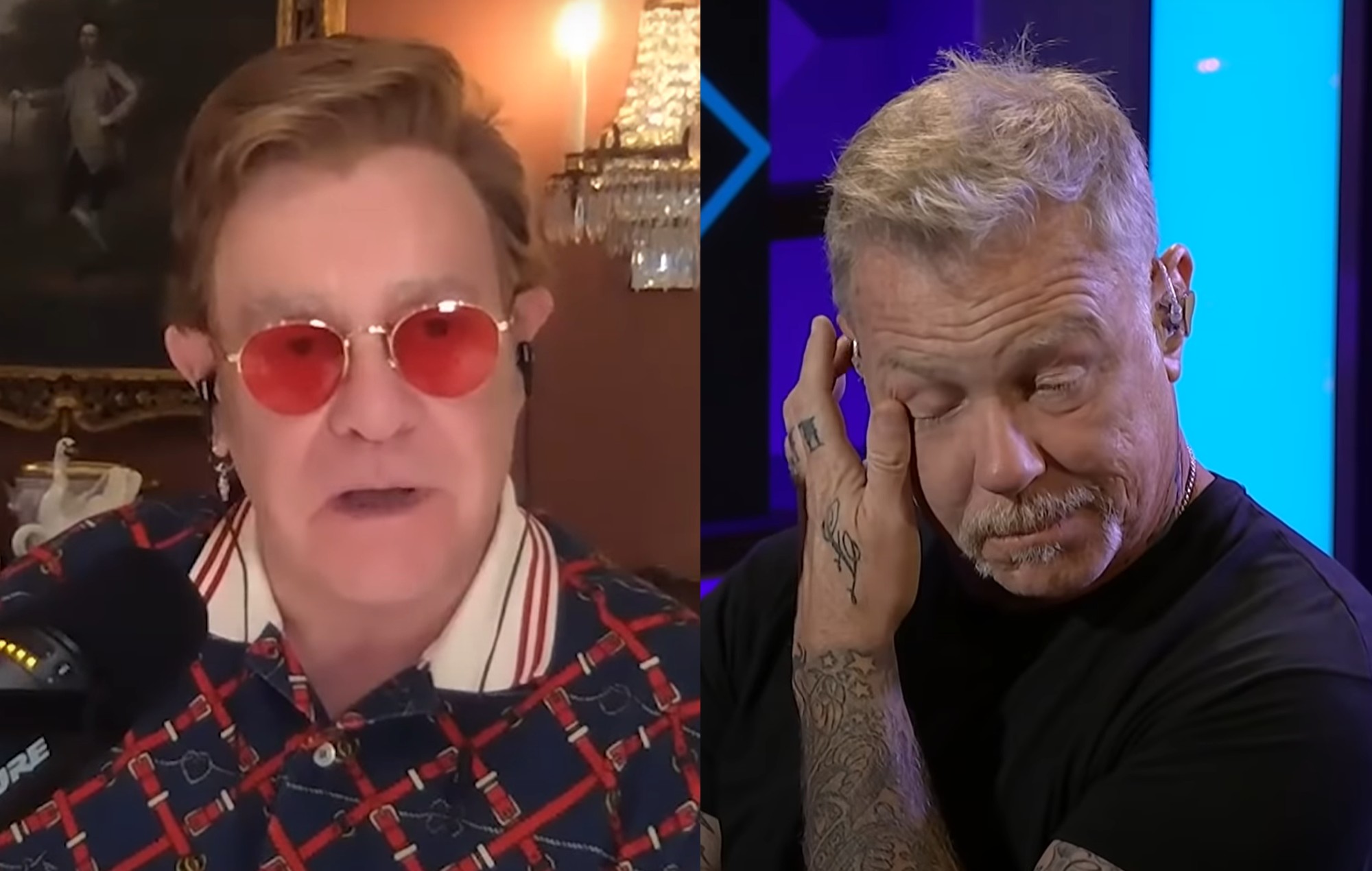 Elton John moved Metallica frontman James Hetfield to tears after calling the band’s track ‘Nothing Else Matters’ “one of the best songs ever written”.

The rock outfit appeared on Thursday’s (September 9) instalment of The Howard Stern Show, to promote their new covers album ‘The Metallica Blacklist’. They were joined by Miley Cyrus for a performance of ‘Nothing Else Matters’, which she, John, Yo-Yo Ma, Robert Trujillo, WATT and Red Hot Chili Peppers‘ drummer Chad Smith covered for the record.

Making a guest appearance via Zoom, John dropped by to express his love for the song, saying: “Listen, this is one of the best songs ever written”.

“It’s a song that never gets old. And playing on this track, I just couldn’t wait. The chord structure, the melodies, the time changes, it’s got drama written all over it.

“I have to say, it was a no-brainer playing on this song,” he continued. “Metallica are probably the crème de la crème of those kind of bands. You can’t really define them. They’re not a heavy metal band. They’re a musical band. Their songs aren’t just heavy metal. They’re beautiful songs. This is such a melodic song — it’s fucking great, actually.”

Hetfield became visibly moved by John’s sentiments, putting a hand to his face in shock and subtly wiping a tear from his eye. You can watch the heartwarming exchange below.

“To be able to hear what you just said Elton, sitting next to James … the reaction that I could feel in his body language when you said it was one of the greatest songs ever written … this is just incredible to hear,” responded drummer, Lars Ulrich.

John and Cyrus aren’t the only big names to appear on ‘The Metallica Blacklist’. Celebrating 30 years since the release of their 1991 eponymous record, AKA ‘The Black Album’, the outfit called upon 53 artists to cover its songs.


They shared the resulting four-disc collection yesterday (September 10), featuring Weezer and Rina Sawayama‘s takes on ‘Enter Sandman’, Sam Fender and St. Vincent‘s versions of ‘Sad But True’, Biffy Clyro‘s ‘Holier Than Thou’, IDLES‘ ‘The God That Failed’ cover, Kamasi Washington‘s ‘My Friend Of Misery’ and Phoebe Bridgers‘ ‘Nothing Else Matters’, among others.

NME gave the album three stars in a review, calling it “a fitfully thrilling hodgepodge”.