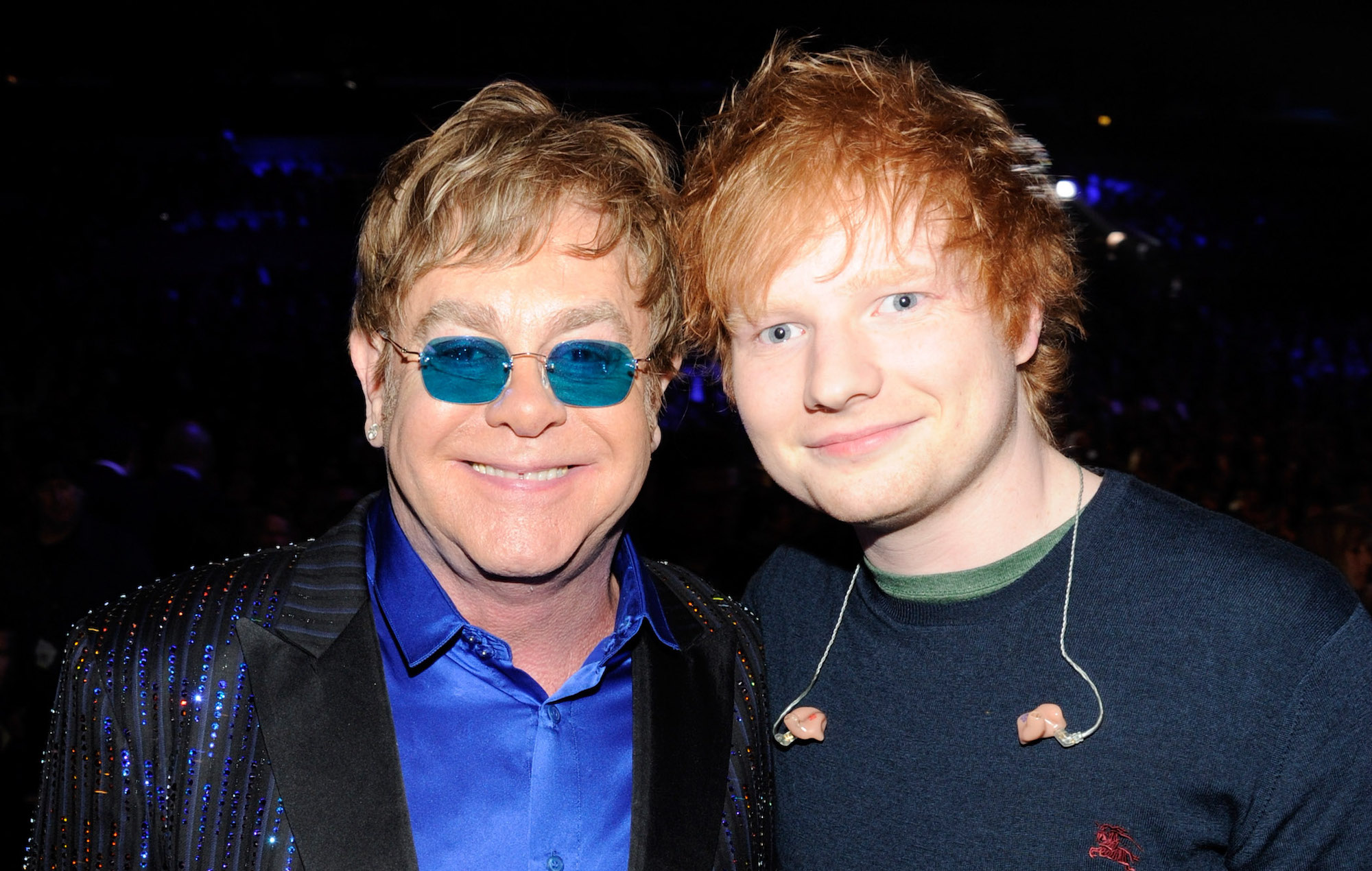 Elton John has confirmed to NME that he and Ed Sheeran are working on a Christmas song together, and joked about a battle for Number One with LadBaby.

Sheeran revealed the news this month in an interview with Dutch radio station NPO Radio 2, saying that John reached out to him for the collaboration last year after he discovered that his own Christmas song ‘Step Into Christmas’ had hit the UK Top 10 for the first time ever.

Speaking to NME for this week’s Big Read cover feature, John says he was surprised that Sheeran revealed the news, as he himself was sworn to secrecy over the track.

“Yeah, he let the cat out of the bag didn’t he?” John told NME. “I was sworn to secrecy and then big mouth fucking Sheeran goes to the Netherlands! It’s supposed to come out – we haven’t finished it yet, so there’s still work to be done.”

Teasing the track, John added: “I can’t say any more than that because it’s in his hands,” before discussing a potential battle for UK Number One with LadBaby, who has picked up the last three Christmas Number Ones with his novelty songs.

“We’ve got the sausage roll man to deal with, haven’t we? We’ve got LadBaby to deal with!” John laughed. “Once we bump him off, we might have a clear path to a hit record. He seems to have the monopoly on Christmas records. And good for him!”

John is on the cover of NME to celebrate his new collaborative album ‘The Lockdown Sessions’, out today.

Discussing the album in the interview, he said: “Everything’s been a bonus with this record. Whether it sells one copy or a million copies, it doesn’t matter to me. I had so much fun and I learnt so much from doing it.”


Elsewhere, last week Sheeran asked for people in the UK to help Elton John knock him off the top of the singles chart.

Sheeran occupied the top spot in the UK for the past 15 weeks, firstly with his comeback single ‘Bad Habits’ and more recently with his latest track ‘Shivers’, but, as was his wish, John’s ‘Cold Heart (PNAU Remix)’ featuring Dua Lipa went and topped the charts.