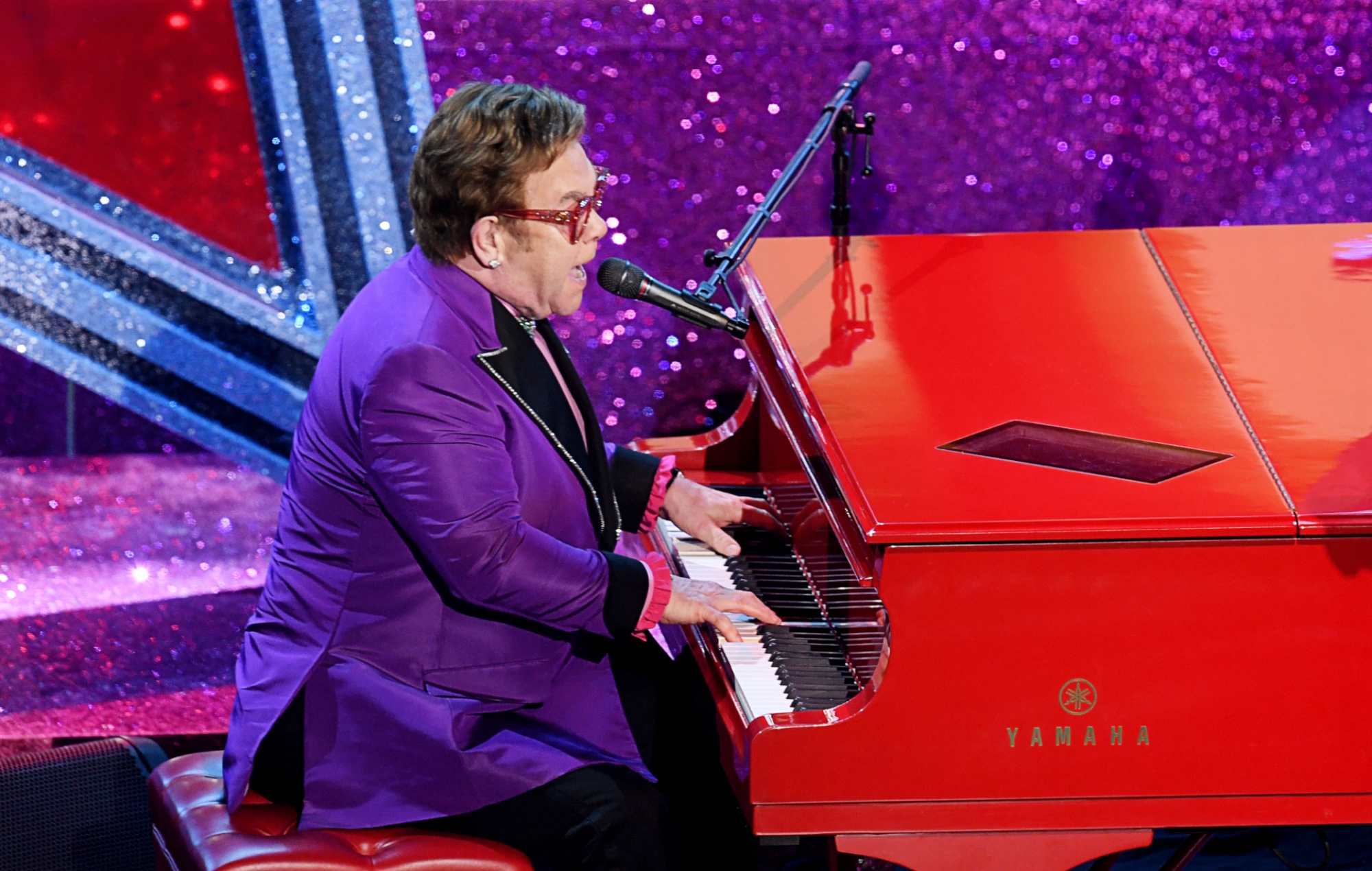 Elton John has warned that the UK is in danger of losing “a generation of talent” after the government failed to secure a touring breakthrough with the EU.

The government’s failure to negotiate visa-free travel and Europe-wide work permits for musicians and crew in Lord Frost’s Brexit deal has long been a topic of discussion.

It has sparked fears that artists will face huge costs to take part in live music tours off the continent which could create a glass ceiling that prevents rising and developing artists from being able to afford to do so.

John shared the post to his Instagram, revealing that he – alongside his partner and Rocket Entertainment CEO David Furnish, promoter Craig Stanley and Lord Paul Strasberger – met with Lord Frost “to spell out the damage the trade agreement he negotiated with Europe is doing to the UK’s music industry”.

“Despite this looming catastrophe, the government seems unable or unwilling to fix this gaping hole in their trade deal and defaults to blaming the EU rather than finding ways out of this mess,” he said.

John described touring as “an essential part” of education for artists, but said it risked becoming prohibitive for artists under the current arrangement.

“The situation is already critical and touring musicians, crews and support staff are already losing their livelihood,” he said.

John went on to explain that he was not concerned with the risk for artists on a similar level to himself, who frequent arenas and stadiums.

“We are lucky enough to have the support staff, finance and infrastructure to cut through the red tape that Lord Frost’s no deal has created,” he said.

Elton added: “During our meeting Lord Frost said trying to solve this issue is a long process.”

“Unfortunately, our industry doesn’t have time. It is dying now. The government have broken the promise they outlined in 2020 to protect musicians and other creative industries from the impact of Brexit on tours to Europe.”

Concluding his statement, Elton said the government risked ruining a “window of opportunity” that had been presented by the way in which the pandemic has halted touring.

“I call on the government to sort this mess out or we risk losing future generations of world-beating talent,” he said.

“This is about whether one of the UK’s most successful industries, worth £111bn a year, is allowed to prosper and contribute hugely to both our cultural and economic wealth, or crash and burn.”

Last weekend, Culture Secretary Oliver Dowden was also criticised when he boasted that trade deals with Norway, Iceland and Lichtenstein would allow seamless touring – with musicians pointing out that all three countries make up a small proportion of the continent.


Elsewhere, European festival promoters have said that they could be likely to book fewer UK acts as a result of Brexit, while figures from the UK music industry have expressed concern that the impact of the deal on musicians who might not be able to tour Europe could also potentially prevent them from acquiring a visa to play in the United States.

The government was also previously accused of treating the sector like “an afterthought” in Brexit negotiations compared to the £1.2billion fishing industry.