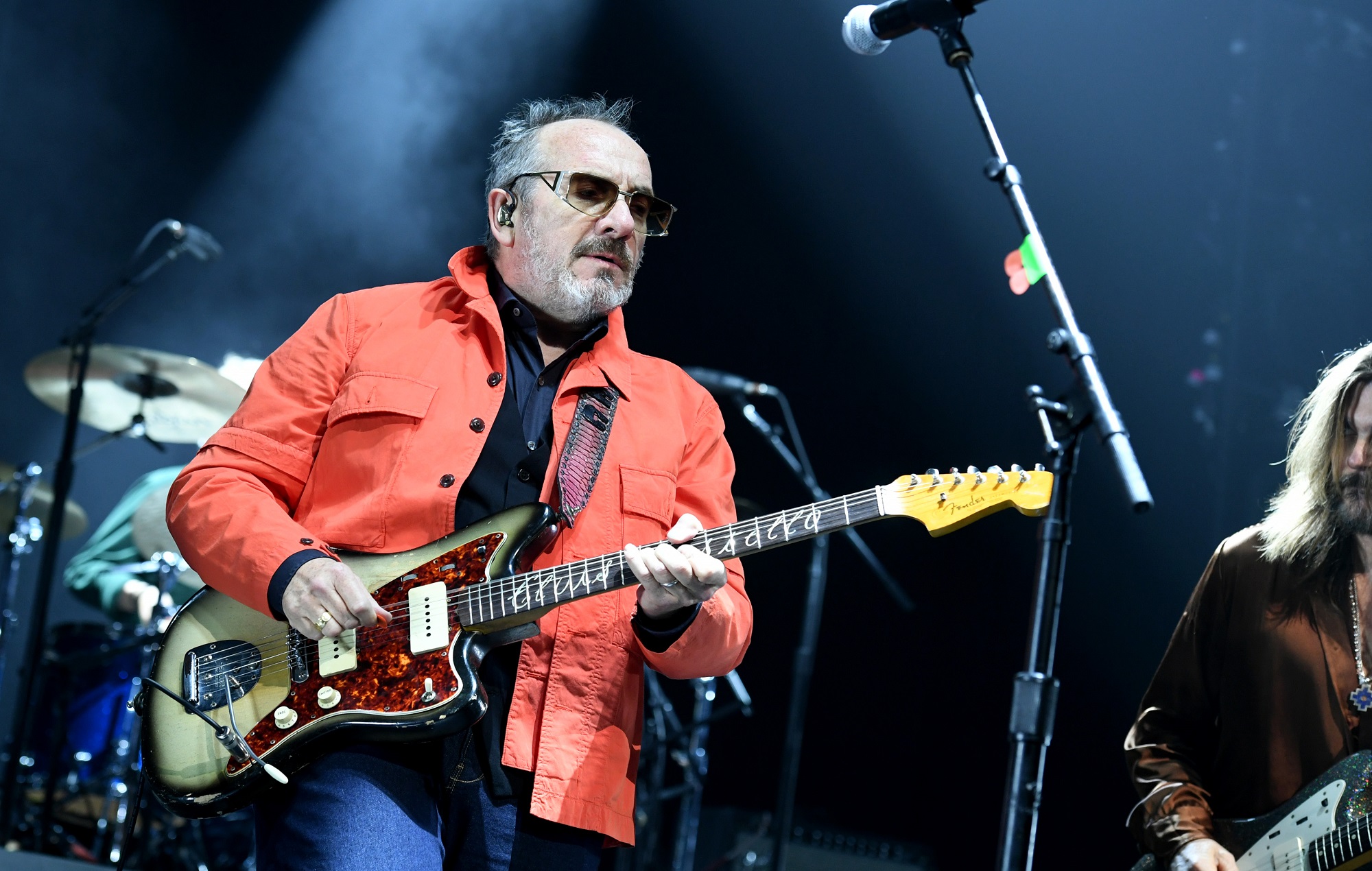 The track, which is taken from his third studio album ‘Armed Forces’, has attracted criticism over the years for using the N-word, in the lyrics.

Now, he has insisted he doesn’t want radio stations to play the track at all.

“On the last tour, I wrote a new verse about censorship, but what’s the point of that? So I’ve decided I’m not going to play it. [Bleeping the word out] is a mistake. They’re making it worse by bleeping it for sure. Because they’re highlighting it then. Just don’t play the record!” he told The Telegraph.

He added: “You know what. It [not playing it] would do me a favour. Because when I fall under a bus, they’ll play ‘She’, ‘Good Year For The Roses’ and ‘Oliver’s Army’.”

‘She’ was originally written and performed by Charles Aznavour while ‘Good Year For The Roses’ was penned by Jerry Chesnut and performed George Jones. Costello joked that he will only be “celebrated” for writing songs he did not compose, as opposed to his self-penned hit ‘Oliver’s Army’.

He added: “I’ll die, and they will celebrate my death with two songs I didn’t write. What does that tell you?”

Costello also went on to explain why he was in attendance at the Royal Variety Show last month, despite insisting he is not “a royalist.”

He said: “I was there to honour my dad. It’s no secret that I don’t have strong royalist feelings, despite accepting a gong [Costello was awarded an OBE in 2019 for services to music], which, as I said at the time, just shows they don’t read my lyrics. My dad sang ‘If I Had A Hammer’ about the dignity of labour, because he was a working man his whole life.”

Last week, Costello And The Imposters shared brand new track ‘Farewell, OK’, taken from his upcoming album ‘The Boy Named If’, which is set to arrive next Friday (January 14). It follows the tracks ‘Magnificent Hurt’ and ‘Paint The Red Rose Blue’.

Costello and his band also recently announced that they’ll be heading out on a UK tour in support of the new album. ‘The Boy Named If’ tour kicks off at the Brighton Dome on June 5, 2022, before wrapping up at London’s Hammersmith Eventim Apollo on June 23.