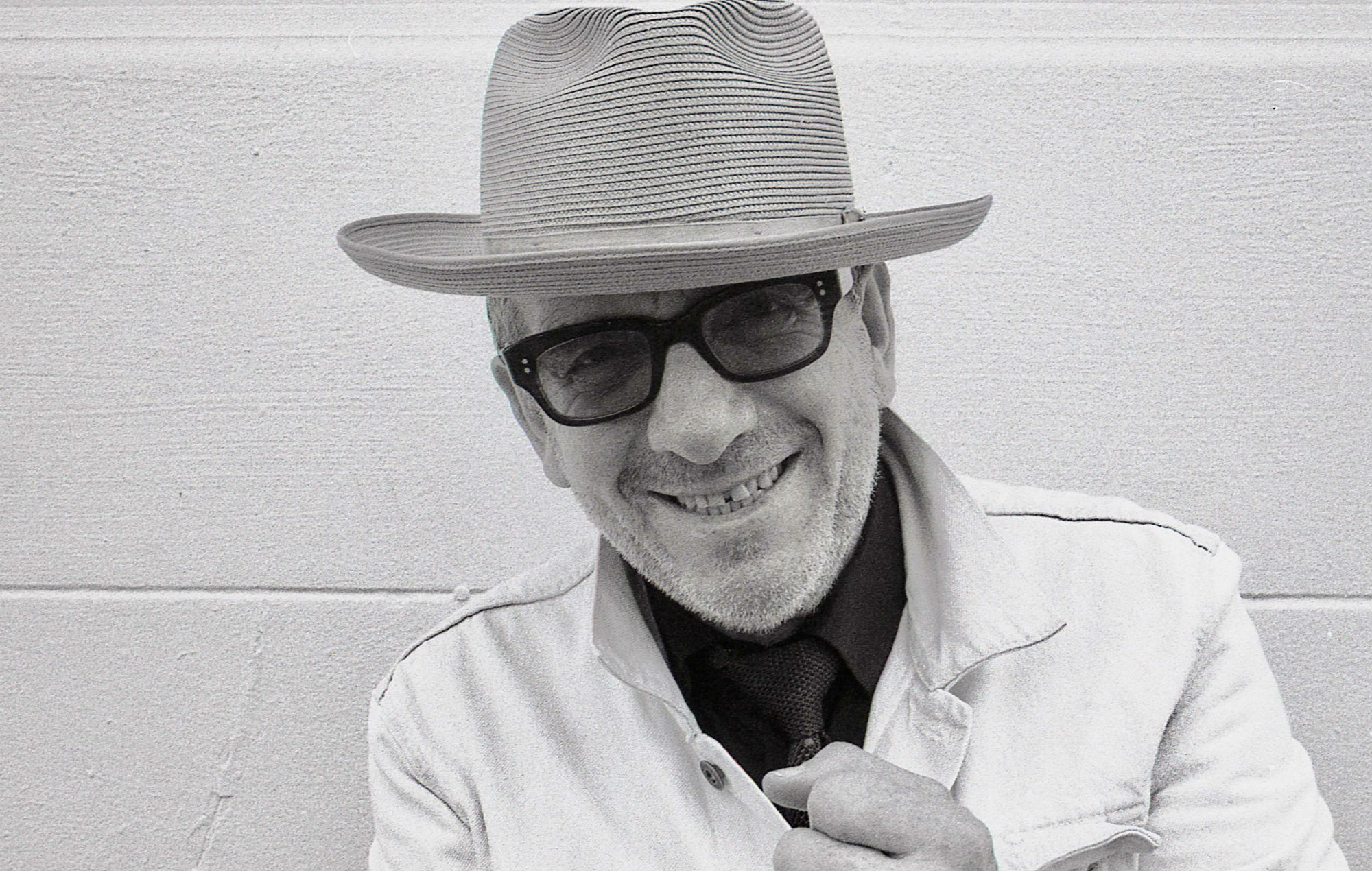 The EP was first previewed back in December with Iggy Pop’s version of ‘No Flag’. Speaking on the difficulty of translating the lyrics into French, Iggy said: “There’s a uniqueness to the French language. No other language has vowels that sound like that. Learning a song that’s as quick as ‘No Flag’ took a month of practice because my lips weren’t used to those combinations…

“I [worked on it] for 40 minutes a day for about five weeks. You don’t want to do too much work on it at once or it’s not fun anymore.”

Listen to ‘La Face de Pendule à Coucou’ below. The album, also featuring Isabelle Adjani and Tshegue, will get a vinyl release this summer.

Earlier this year, Elvis Costello recalled the time he and his band were banned from Saturday Night Live in the late 1970s.

On December 17,1977, Costello and his band The Attractions were booked to appear on the late night sketch show. They performed ‘Watching The Detectives’ and a few bars of ‘Less Than Zero’, a song his record label wanted him to perform, before making a swift decision to switch up the setlist.

“I’m sorry, ladies and gentlemen, but there’s no reason to do this song here,” Costello told the audience before opting instead to play ‘Radio, Radio’, a song which criticised the commercialisation of broadcasting.

It was because of this switch up and failing to communicate the change to longtime Saturday Night Live producer Lorne Michaels that led Costello to being banned from the show until 1989.

Costello has previously claimed he copied the onstage stunt from Jimi Hendrix, who halted his band midway through a performance of ‘Hey Joe’ to play a surprise rendition of ‘Sunshine Of Your Love’ during a Cream tribute on Lulu‘s BBC show in 1969.