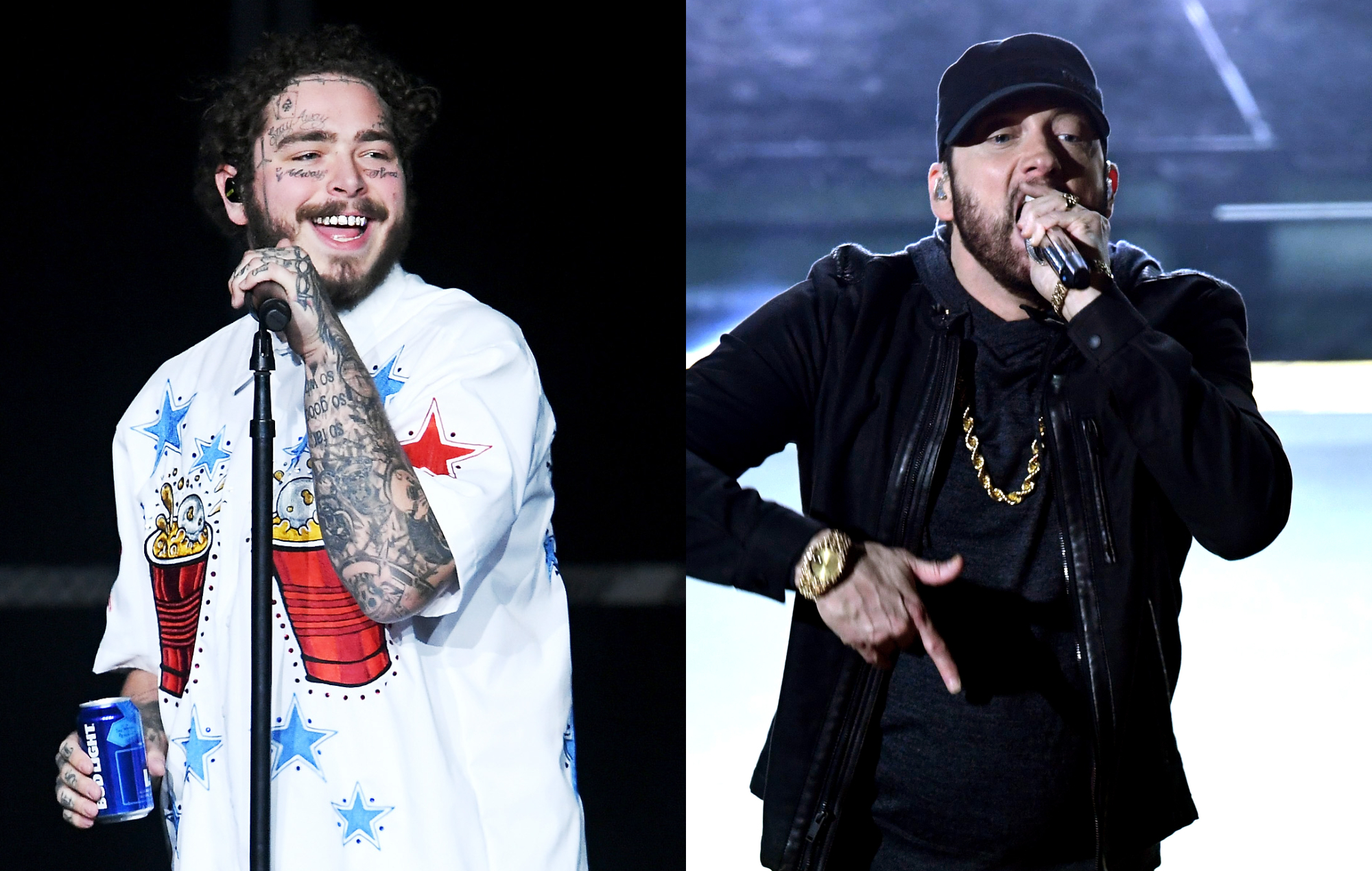 Eminem and Post Malone collaboration appears to be teased online

A collaboration between Eminem and Post Malone appears to have been teased online – check out the posts below.

Malone, whose real name is Austin Post, explained back in 2019 that a planned team-up between himself and Marshall Mathers did not materialise due to conflicting “timing”.

He assured fans, however, that “there will be a time” the pair join forces in the future while hailing Eminem as “a fucking legend”.

Over the weekend, videographer Cole Bennett – who helmed the visuals for Mathers’ ‘Godzilla’ and ‘GNAT’ – provoked fresh rumours of an Em-Posty collaboration on his Instagram Stories feed.

Bennett shared an image of a yellow stick featuring a black barbed wire graphic, an item that is said to be from Malone’s Posty Fest. The same imagery also appears as the artwork to his 2018 album ‘Beerbongs & Bentleys’, while the rapper has barbed wire tattooed across his forehead.

That stick is from posty fest

Captioning the cryptic post, Bennett included the shushing face and surprised face emojis but did not offer any further details. With fans speculating over the prospect of a joint project, the director later deleted the upload.

As Hot New HipHop notes, Eminem collaborator White Gold said earlier this year that he’d be up for getting involved with a possible joint single with Posty. “There’s one I really want [Mathers] and Post Malone to do,” he said. “I have the perfect song for them to be on.”

Post Malone is set to headline this summer’s Reading & Leeds festivals alongside Liam Gallagher, Stormzy, Catfish & The Bottlemen and Queens of The Stone Age. He’ll also top the bill at Lollapalooza Chicago, which returns in July.