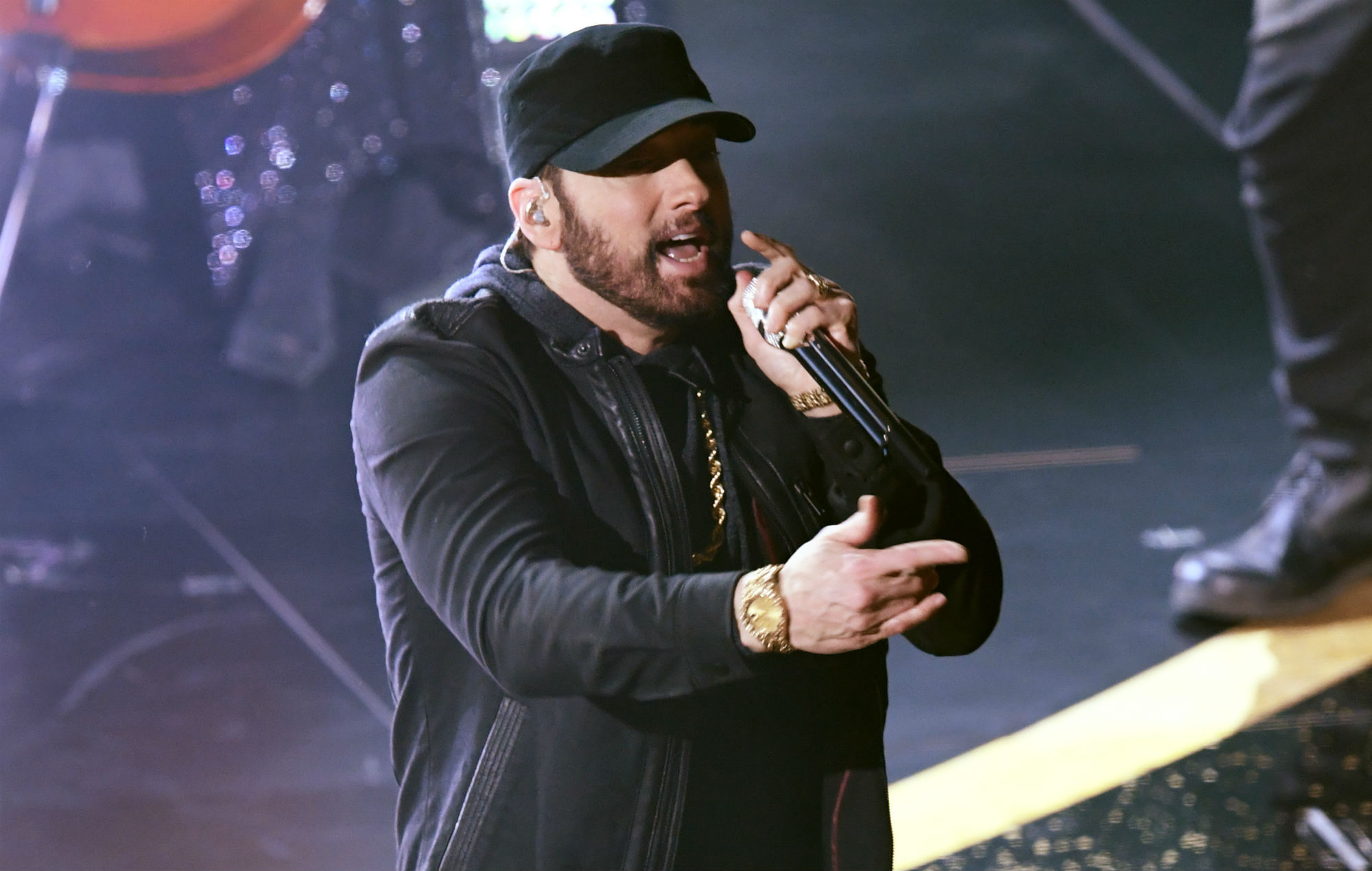 Eminem and Proof’s son, Nasaan, could be teaming up on “fire” new track

A collaboration between Eminem and Nasaan appears to be on the horizon.

Taking to social media on Friday (July 9), Nasaan – who’s the son of late D12 rapper Proof – posted a cryptic message depicting an eye emoji, a backward “E” and a fire symbol. You can see the message below.

He later said that he would “release this bitch right now if it was my say so”.

Nasaan also shared a snippet of the joint song on his Instagram Stories feed, which he captioned “SAAN X MARSHALL” before adding three flame emojis – check out the clip above.

News of a potential link-up between Nasaan and Em comes after the former released his new track ‘Busy’ (featuring SwaVay) last month.

Nasaan is yet to release his debut studio album, which will follow on from the EPs ‘Kiss Of Karma’ (2019) and this year’s ‘What Should I Call This Shit?’.

Meanwhile, Eminem recently signed Atlanta rapper Grip to his Shady Records label. Shady president Paul Rosenberg hailed Grip as “the type of artist that brings you into his world and expresses himself through a complete composed body of work”.

“It was one of those full circle moments because I grew up on Eminem so to have him reach out and let me know how dope my shit is was so cool,” Grip said of joining the roster. “Excited to partner with Shady/Interscope and get the music out on a larger platform.”