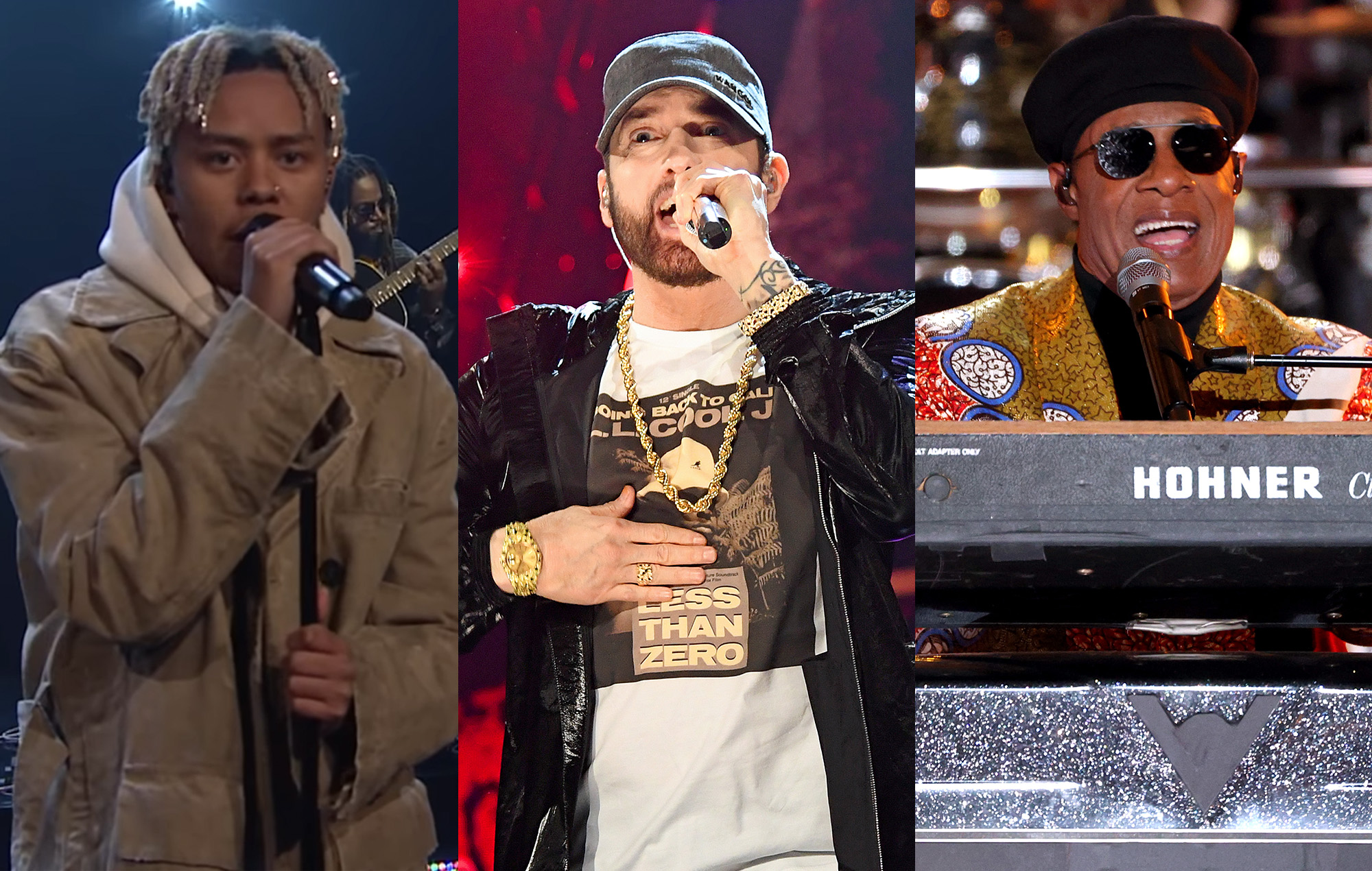 Cordae has revealed the guests on his upcoming sophomore album ‘From A Bird’s Eye View’ include Eminem and Stevie Wonder.

Yesterday (January 10), Cordae revealed the album’s tracklist in an Instagram post. ‘From A Bird’s Eye View’, out this Friday (January 14), promises a long list of guest features, including Eminem and Wonder, as well as Gunna, H.E.R., Lil Durk, Freddie Gibbs and Nas.

The list of producers, composers and vocalists in the post also reveals that the album will feature contributions by musician Terrace Martin and actress Taraji P. Henson.

Two tracks with featured artists have been released so far: ‘Sinister’ with Lil Wayne, and ‘Gifted’ with Roddy Ricch, the latter to be included as a bonus track.

Meanwhile, last night (January 10), Cordae appeared on The Tonight Show with Jimmy Fallon to perform two tracks from the upcoming album: ‘Sinister’ and ‘Chronicles’. Watch it below.

‘From A Bird’s Eye View’ is Cordae’s long-awaited follow-up to his 2019 debut ‘The Lost Boy’. In April 2021, the rapper released a four-track project titled ‘Just Until…’, which offered guest features from Q-Tip and Young Thug.

Since then, Cordae appeared on the remix of Eminem’s ‘Killer’ with Jack Harlow, alongside a feature on Nas’ long-unfinished song ‘Life is Like a Dice Game’ with Gibbs.

Last month, Cordae shared a throwback clip of himself rapping over Kanye West’s 2005 track ‘Gone’. The rapper revealed that the clip was filmed when he was 16.

The tracklist for Cordae’s ‘From A Bird’s Eye View’ is: