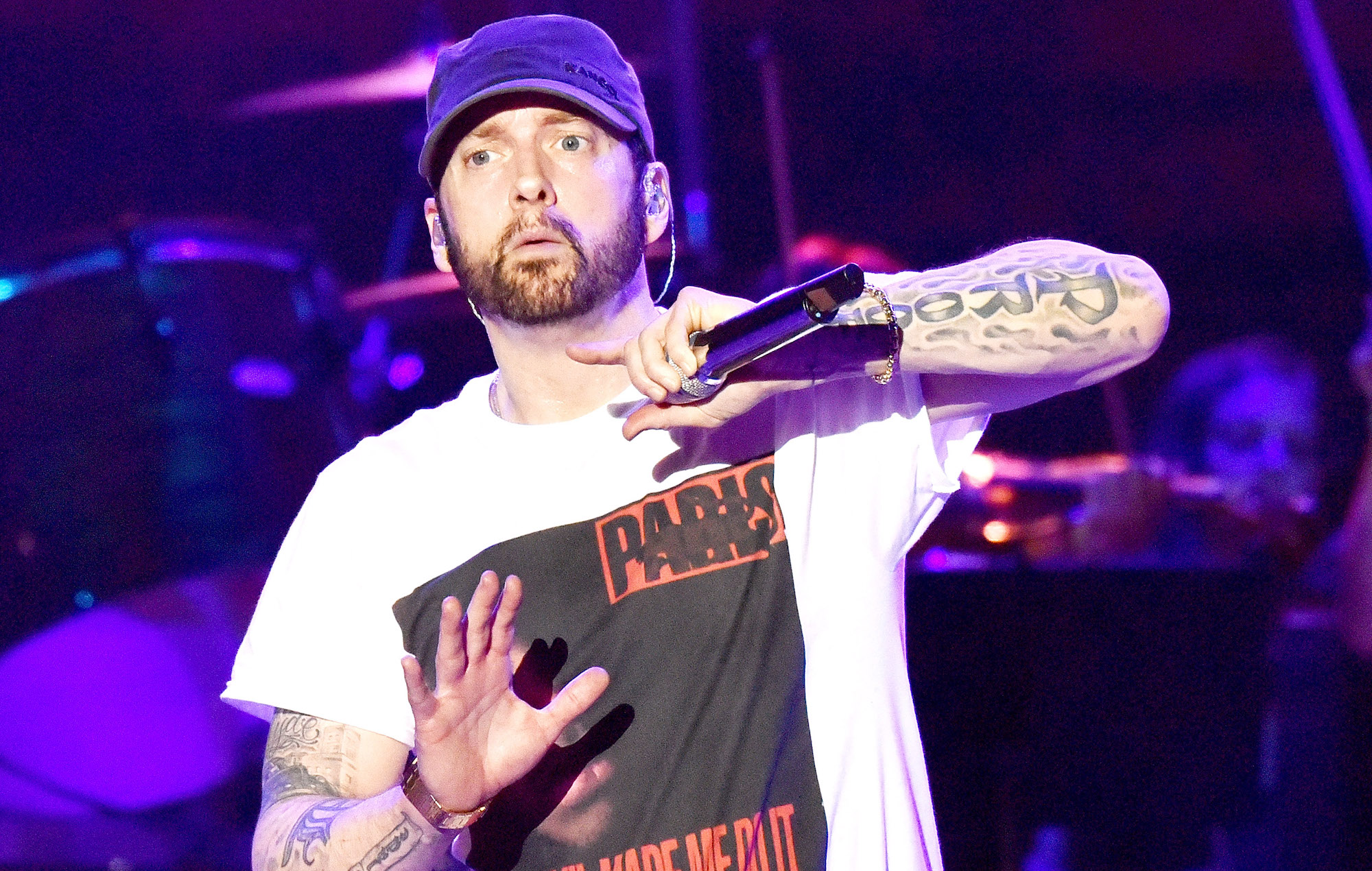 Eminem apologises to Revolt about leaked verse: “This is an unnecessary distraction”

Eminem has apologised to Diddy‘s Revolt TV after criticising them in a recent leaked verse.

Earlier this week, a new original version of the Eminem-featuring Conway The Machine track ‘Bang’ was released, which saw Marshall Mathers criticising the channel.

“Yeah, shout to Puffy Combs, but fuck Revolt,” he raps in the new verse. “Y’all are like a fucked up remote/Now I get it why our button’s broke.”

Responding to the verse, Revolt simply wrote “Fuck you too Eminem,” on Instagram, adding a further statement provided to Billboard.

Now back to our movement. ✊🏿

“REVOLT is a BLACK media company, owned by a Black entrepreneur, with a majority Black team – that is authentic and real about this,” it stated. “With the immediate need for REVOLT to use our platform for the important issues regarding social justice, equality, and ensuring continuing to be the outlet – across ALL OUR PLATFORMS, we’re doing important work. Eminem trying to come for us is an unneeded distraction. It is not OK.”

Responding with a new apology, Eminem calls his diss an “unnecessary distraction” from current events, adding: “I never meant for that verse to be heard, I was heated in the moment and thought better of it and decided to pull it back. Stuff that I never intended to release continues to leak from the huge WeTransfer hack.

“I don’t have any issues with Revolt… I’d actually welcome the opportunity to work with them on some positive things and turn this in a different direction.”

In response to @revolttv… pic.twitter.com/XrFJi2BZDy


Eminem has recently been teasing 10th anniversary celebrations for his ‘Recovery’ album. It comes after he celebrated the 20th anniversary of ‘The Marshall Mathers LP’ with a listening party and live-stream Q&A last month.