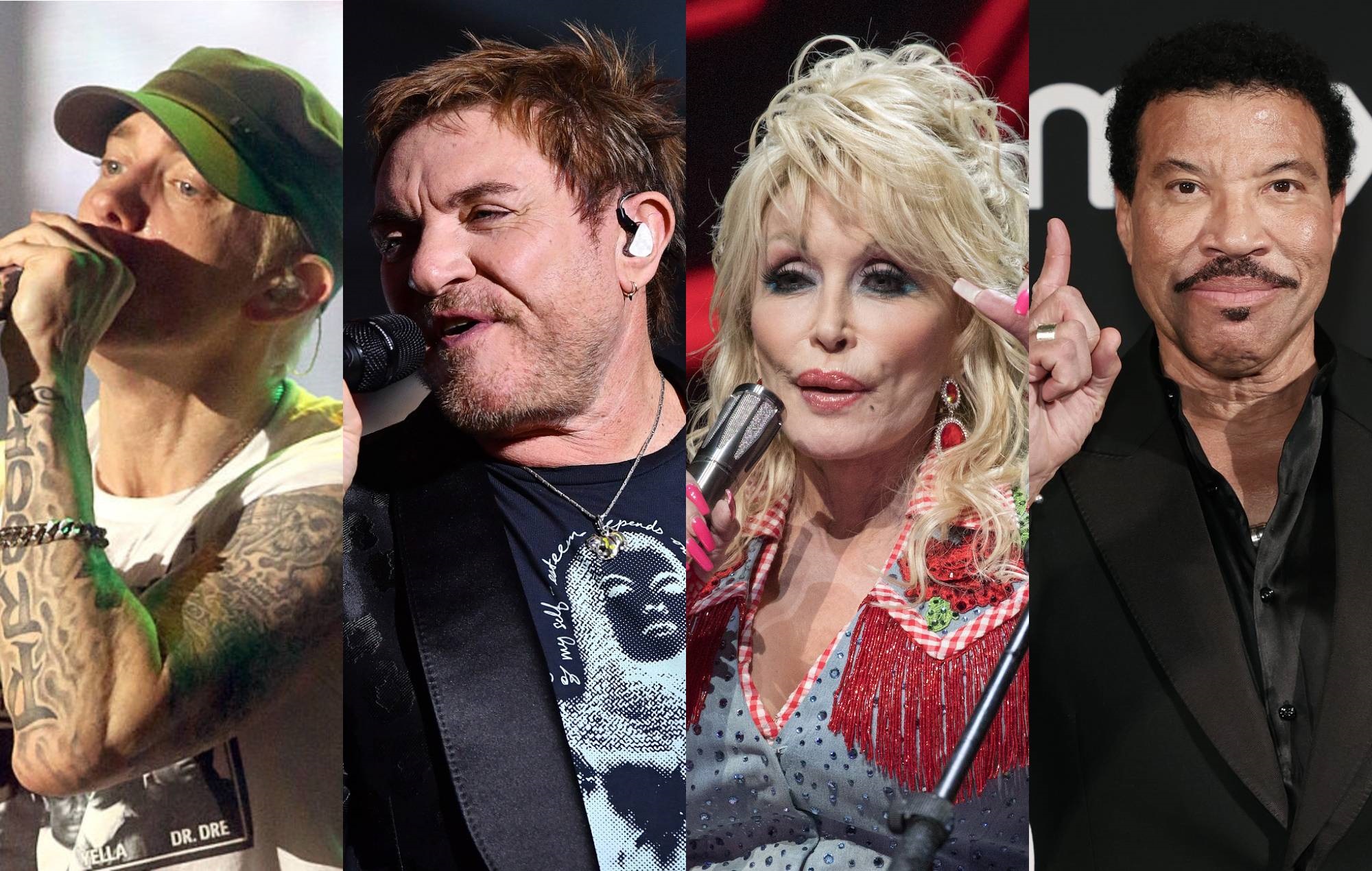 Eminem, Duran Duran, Dolly Parton and Lionel Richie are all set to be inducted into the Rock & Roll Hall Of Fame in 2022.

Eurythmics, Carly Simon, Judas Priest and Pat Benatar will also be inducted into the Hall Of Fame this year.

The honourees — voted on by more than 1000 artists, historians and music industry professionals — each “had a profound impact on the sound of youth culture and helped change the course of rock ’n’ roll,” said John Sykes, the chairman of the Rock Hall, in a statement.

The announcement comes after Parton initially refused the honour on the grounds that she didn’t feel that she had “earned the right”. But she reversed her stance last month to confirm she will accept the honour should she be voted in.

Parton continued to explain that, at the time she made her statement bowing out, she hadn’t realised that the institution already included numerous artists from other genres outside the world of rock. “When I said that, it was always my belief that the Rock & Roll Hall Of Fame was for the people in rock music,” she said.

“And I have found out lately it’s not necessarily that. But if they can’t go there to be recognised, where do they go? And so I felt like I would be taking away from someone that maybe deserved it, certainly more than me since I never considered myself a rock artist. But obviously, there’s more to it than that.”


Eminem, Duran Duran and Pat Benatar were among the artists to recently top this year’s Rock & Roll Hall Of Fame fan ballot.