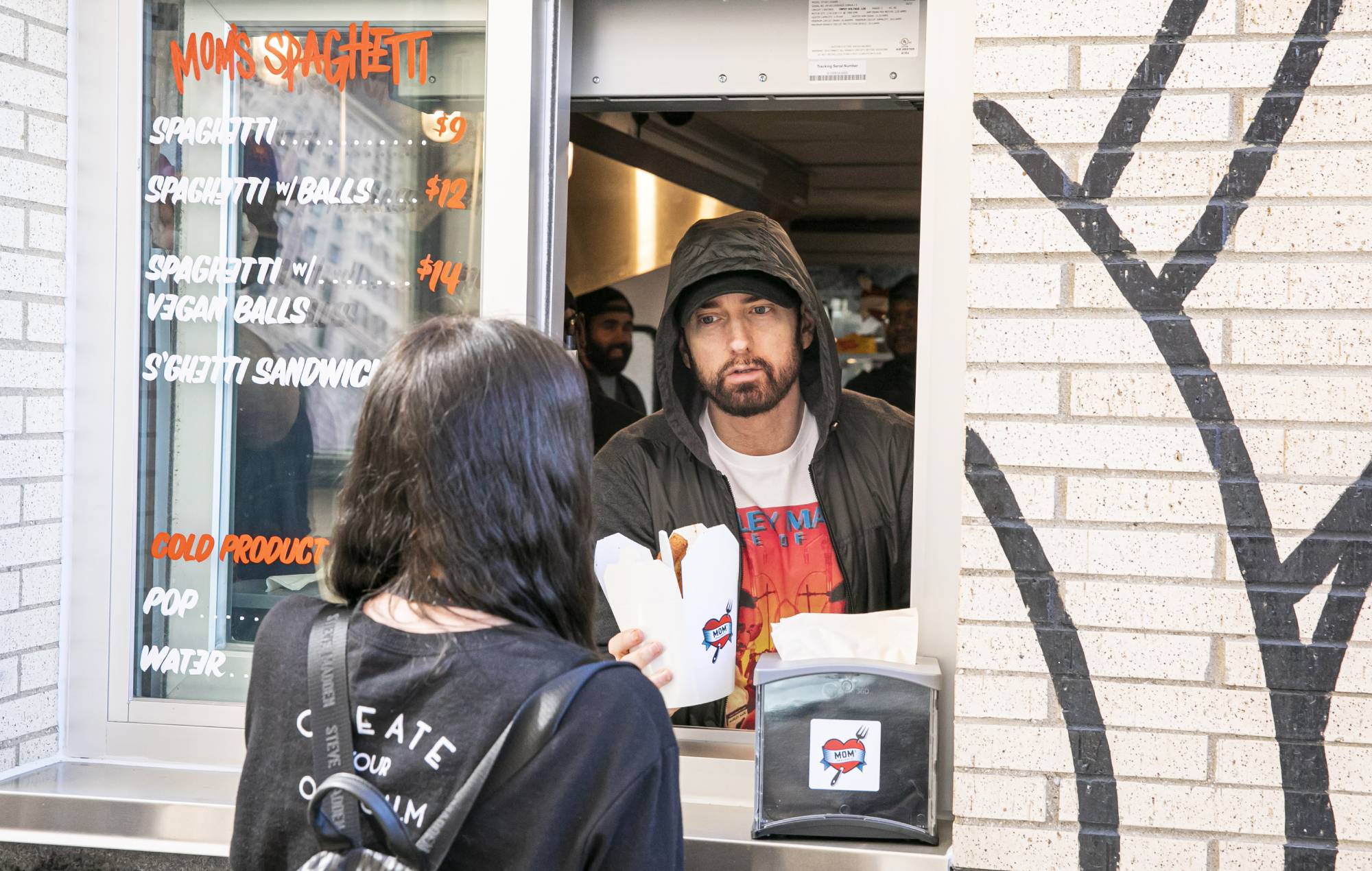 The rapper has opened the restaurant in his home city and named it after a lyric from his 2002 hit ‘Lose Yourself’, which featured on the 8 Mile soundtrack: “His palms are sweaty, knees weak, arms are heavy / There’s vomit on his sweater already, mom’s spaghetti.”

Eminem manned the walk-up window of Mom’s Spaghetti for a short period yesterday to celebrate its opening, with the rapper serving food and taking pictures with the first 10 customers in the queue.

The queue for Mom’s Spaghetti “lined several blocks” by the opening time of 5pm, according to the Detroit Free Press. Some fans had camped out since the early hours of the morning to secure their place at the front.

Mom’s Spaghetti is located on Woodward Avenue within the newly opened Union Assembly restaurant. You can see the menu here.

“We’ve had a lot of fun putting this project together with the folks at Union Joints, and the response from fans has been overwhelmingly positive,” Paul Rosenberg, Eminem’s manager, said in a recent statement.

“The previous pop-ups were really a test for us to determine whether there was enthusiasm for a regularly-occurring Mom’s Spaghetti spot that would be open all year long.

“We are really pleased to announce the arrival of the walk-up restaurant and adjacent upstairs store, called The Trailer, where fans can experience a uniquely-curated environment and obtain merch and other items from Eminem and his new pasta operation.”

Elsewhere, Eminem’s new song with Skylar Grey – which also features Polo G and Mozzy – for the Venom 2 soundtrack has been released