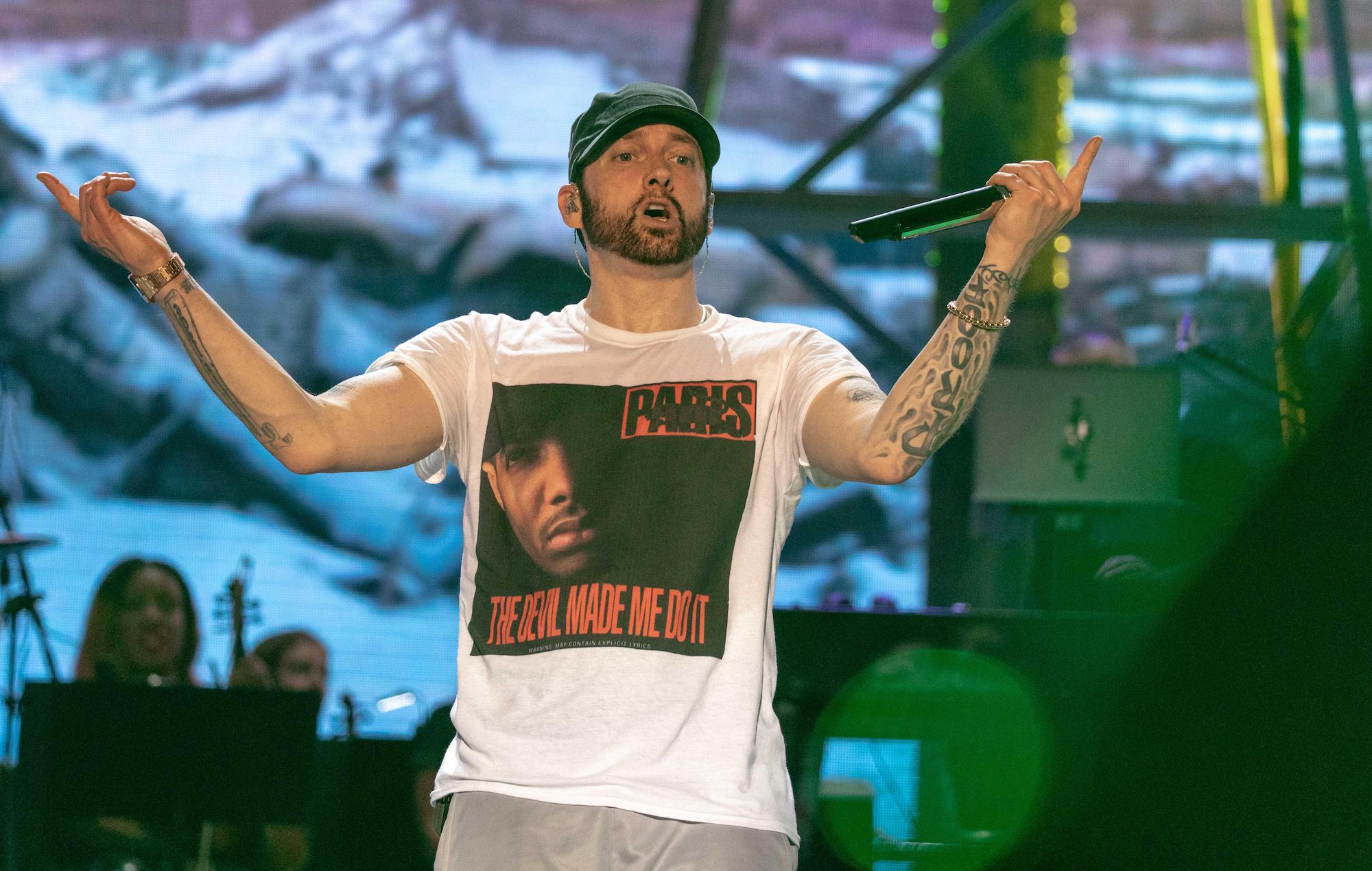 Released back in 2005, the collection brought together Slim Shady’s biggest tracks of his career up until that point – including ‘My Name Is’, ‘Stan’, ‘Without Me’ and ‘Lose Yourself’. It debuted at Number One, shifting around 441,000 copies in just two days.

As Forbes reports, the compilation has become the first hip-hop record to sit a full 10 years in the Billboard 200. The latest chart, dated March 21 (via Chart Data), sees ‘Curtain Call’ reach the 520 weeks milestone.

The aforementioned figures are taken from last week’s (March 20) chart.

‘Curtain Call’ re-entered the Billboard 200 last October, having remained in the chart for nine and a half years (496 weeks) after its initial release. It was already the longest-running rap album in Billboard history, hitting 350 weeks back in August 2017. The record has sold over 7 million copies in the US to date.

Eminem’s latest album, ‘Music To Be Murdered By — Side B’, came out last December.

Meanwhile, Marshall Mathers’ 1999 hit ‘My Name Is’ has recently been reimagined for 2021 by an AI bot. The modern-day version of the song references Billie Eilish‘s “bright green” hair (“you’re so edgy“), Drake, K-Pop and Twitter.