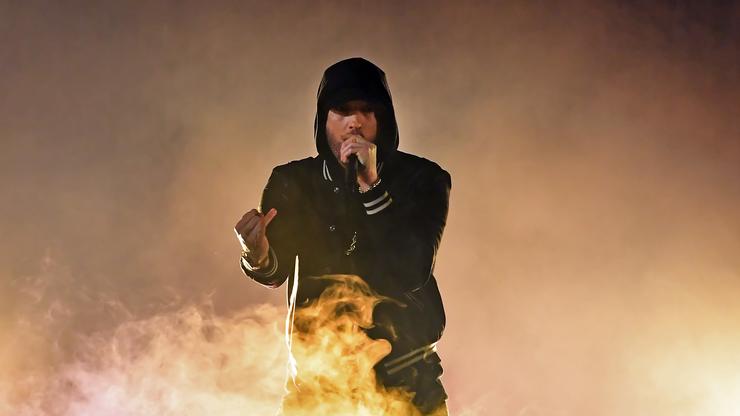 Eminem’s "Music To Be Murdered By" Produced By Dr. Dre, D.A. Doman & More

Em tapped some of his frequent collaborators as well as some new names.

Eminem took us all by surprise on Friday when he dropped his new album, Music To Be Murdered By, out of absolutely nowhere. The Hitchcock-inspired album pays homage to the late film director’s 1958 one and only album of the same name, with Em posing with a hatchet in one hand and a pistol in the other both held up to his head on the cover, just as Hitchock did. While this no-warning drop was definitely a wonderful surprise for his fans, others were less than impressed with some of the controversial lyrics. The album boasts some exciting features, such as Don Toliver, Young M.A, Royce Da 5’9″, Ed Sheeran, Anderson .Paak, Black Thought, the late Juice WRLD, and more, but the production team is even more impressive. Luis Resto and Dawaun Parker offered their services on a number of tracks, but Em’s longtime producing partner, Dr. Dre, takes the cake with 7 total production credits on the 20-track album. Other producers frequent the list, as well, such as D.A. Doman (aka D.A. Got That Dope) and Trevor Lawrence Jr. Check out the full list of the album’s production credits below:

6) “In Too Deep”
Produced by: Eminem and Tim Suby

12) “Stepdad”
Produced by: Eminem, Luis Resto, and The Alchemist