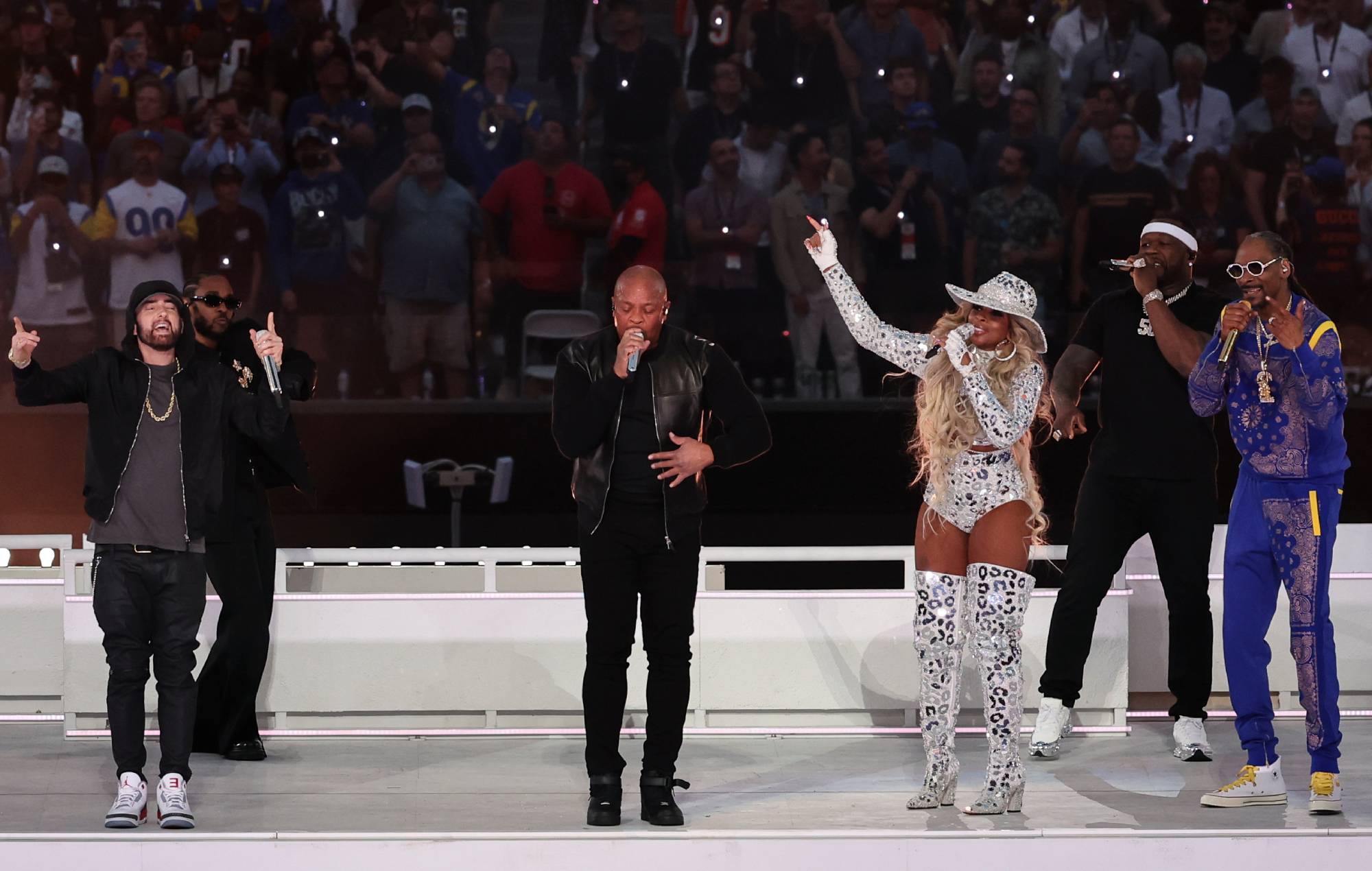 Adam Blackstone, the Emmy-winning music director who worked on Dr. Dre‘s Super Bowl Halftime Show, has said that he wants to take the star-studded performance on tour.

Dre headlined the performance at the SoFi Stadium in Inglewood, California back in February, in which he performed alongside Eminem, Snoop Dogg, Kendrick Lamar, Mary J. Blige, Anderson .Paak and 50 Cent.

The Halftime Show sparked a surge in subsequent sales of Dre and Eminem’s albums, while Dre, Eminem and Snoop were all pictured in the studio together recently.

Speaking to Variety after he picked up the Emmy for Outstanding Music Direction for his work on the Halftime Show, Blackstone said that his vision for the performance was for it to be “a great music show”.

“It wasn’t about Black or white. It wasn’t about hip-hop versus pop music,” he said. “I pride myself on making that a great music show that will continue to show the legacy of each of those artists.”

Blackstone added: “People can’t be mad at me saying, ‘You should have added that’. Mary could do 12 minutes by herself. So could Snoop and Dre. It was my job to curate a playlist, and you get your favourite artist for 90 seconds.”

Looking to the future, Blackstone said that he was now “calling out” Dre, Eminem, Snoop, Kendrick, Blige, .Paak and 50 Cent, adding: “Let’s take this on the road.”

Last month, Dre was pictured in the studio with Diddy – with the latter saying that the experience was a “dream come true”.