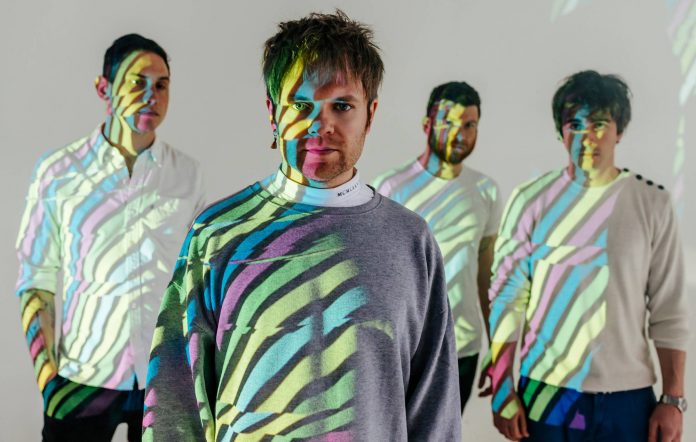 Enter Shikari have announced the postponement of their final UK shows for 2021, along with some upcoming dates in Europe in 2022.

The band rescheduled their UK and European tour dates, which were originally due to take place in summer, in support of their April 2020 album ‘Nothing Is True & Everything Is Possible’. They kicked off the tour in December instead, with the existing UK dates being bolstered by the addition of extra gigs in Lincoln, Bristol, Hull, Liverpool and Leeds.

Although they have completed the majority of the UK tour, the band postponed the Middlesbrough show on December 19, as well as tonight and tomorrow’s shows at Nottingham’s Rock City.

Frontman Rou Reynolds wrote on Twitter: “absolutely gutted. with the speed that [COVID] cases are rising nationally, and with one case now in our touring party, that’s us out. this was a horrible decision to have to make but safety of our crew and our audience will always come first.”

with the speed that cases are rising nationally, and with one case now in our touring party, that’s us out.

this was a horrible decision to have to make but safety of our crew and our audience will always come first. https://t.co/z5MbMrSRjv

Enter Shikari were also due to start their European tour at Melkweg, Amsterdam on January 31 2022 but those dates have now been postponed or cancelled.

“Following the postponement of the remaining three U.K. tour dates yesterday, we have unfortunately been forced to cancel the German & Swiss dates for the forthcoming Jan / Feb 2022 European tour, and postpone Netherlands & Belgium,” they wrote in a statement on Twitter.

“As time has progressed it has been become abundantly clear that, due to mixture of venue capacity restrictions, curfews and travel implications, that the tour simply cannot go ahead as planned.”

The Amsterdam date has been rescheduled to July 26, while Antwerp’s gig will take place on June 26. The news, however, doesn’t impact any of the band’s summer festival dates.

The book was announced back in April along with the band’s surprise lockdown compilation ‘Moratorium (Broadcasts From The Interruption)’. In July, they shared the first of four mini-documentaries ‘A Film On Possibility’, which explore the themes of the book and how they relate to tracks from the album.

Earlier in July, the band announced a new film ‘Live At Vada’, which was filmed at Vada Studios where they recorded their last album ‘Nothing Is True & Everything Is Possible’.