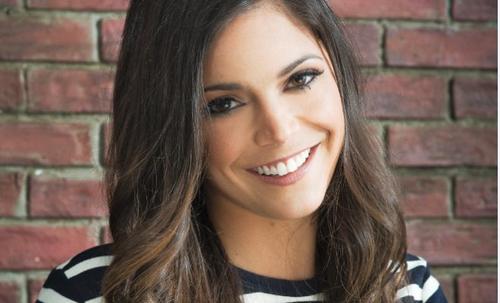 On a recent episode Viceland’s “Desus & Mero,” ESPN’s Katie Nolan referred to President Trump as “a fucking stupid person,” a comment which was later deemed inappropriate by ESPN. However, a rep for the network has told TMZ Sports that Nolan was merely warned for her actions and will not face a suspension.

RELATED: Reporter Asks LiAngelo Ball Out On A Date During Introductory Press Conference In Lithuania

Nolan’s comments came during a discussion about hand gestures associated with white supremacists. Nolan, who joined ESPN in October after four years at Fox Sports, said Trump uses the thumbs-up emoji simply because he’s “a fucking stupid person” but the f-bomb was bleeped out.

As a result, ESPN spoke with Nolan about her remarks.

“We have looked into the totality Nolan’s comments, they were inappropriate and we have addressed it with her,” the rep said.

You can check out Katie Nolan’s interview with Desus & Mero below, at the 13:30 mark is when they’re talking about Trump.

Back in October, ESPN’s Jemele Hill was suspended for two weeks for “a second violation ESPN’s social media guidelines,” after she criticizes President Trump, as well as Dallas Cowboys owner Jerry Jones, in a series tweets.

Hill received backlash for the tweets in which she called Trump a white supremacist who surrounds himself with other white supremacists, and the most fensive president her lifetime. At the time, ESPN released a statement saying Hill’s comments did not represent the position the company.