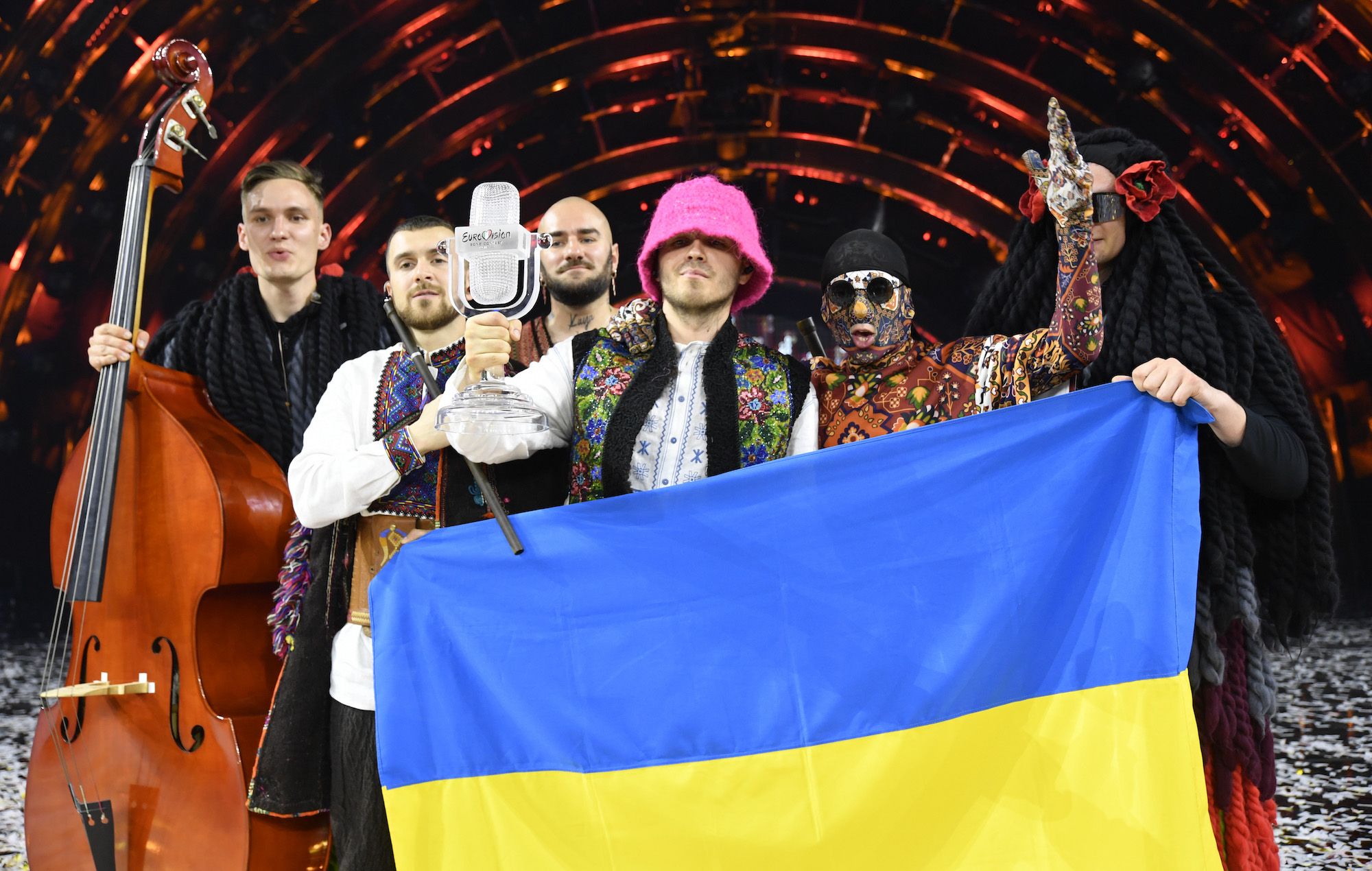 The European Broadcasting Union (EBU), the organisation behind the Eurovision Song Contest, has released a lengthy statement explaining the reasons why Ukraine can’t host the 2023 event.

It’s tradition that the winning country of the annual song competition hosts the following year’s event and despite Ukraine’s folk-rap entry Kalush Orchestra topping the table, it was announced earlier this month that the EBU would be looking for a different country to host the event in 2023.

“The EBU fully understands the disappointment that greeted the announcement that the 2023 Eurovision Song Contest cannot be staged in Ukraine, this year’s winning country,” the statement began. “The decision was guided by the EBU’s responsibility to ensure the conditions are met to guarantee the safety and security of everyone working and participating in the event, the planning of which needs to begin immediately in the host country.”

According to the EBU, over 10,000 members of staff and 30,000 fans are involved in the contest each year and “their welfare is our primary concern”.

The statement went on to say that decisions need to be made by “broadcasting professionals” and shouldn’t become “politicised.”

EBU added that any event hosted in Ukraine would face “the ‘severe’ risk of air raids/attacks by aircraft or attacks by drones or missiles, which can cause significant casualties”.

Apparently proposed countermeasures and increased safety features were deemed “insignificant” while a third party expert stated that the “risk rating of a mass casualty event due to the ongoing conflict is ‘high’”.

Bordering countries don’t “meet the EBU requirements” to host the event either, due to “the specifications of suggested venues, and the lack of the necessary surrounding infrastructure”.

“When drawing its conclusions, the EBU also took note that, based on our current information, no major international concert tours are visiting Ukraine throughout 2023,” it added.

The statement finished: “Taking all of this into account the EBU, with regret, made its decision to move the event to another country and will continue discussions on finding a suitable location for next year’s Eurovision Song Contest.”

Apparently the EBU are in discussions with the BBC about the UK hosting the 2023 Eurovision Song Contest following Sam Ryder‘s second place finish.