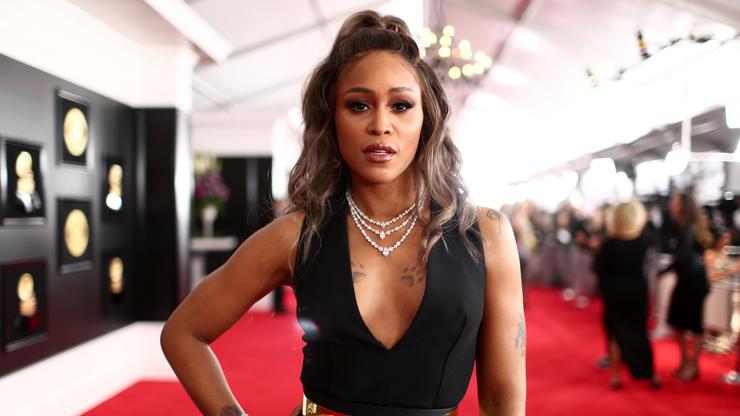 Eve is not having it.

Cast members from Bravo’s hit TV show Vanderpump Rules Stassi Schroeder and Kristen Dute have been fired for racist behavior, and rapper Eve aired out the pair on an episode of “The Talk” Friday.

Eve specifically called out the fact that the two women reported former costarm Faith Stowers, to the police for a crime she did not commit. “It is so ridiculous,” said Eve. “It is not funny to call the cops on anyone falsely, but especially a Black woman. To be calling the cops on this woman, are you … what type of person are you?”

The 41-year-old rapper further went in on Schroeder, referencing her June 7th apology where she apologized for her previous comments and promised to, “continue to take accountability for what I have said and done, while pushing myself to do better.”

“It disgusts me. I’ve read her statement, her sorry and I don’t want your sorry, I don’t think you’ve changed,” Eve explained. “I think you’re sorry you got your whoever dropped you from your endorsements. I think you’re sorry about the fact you wont be on that TV show being famous for nothing.”

After her behavior was exposed by Stowers, Schroeder was dropped by her publicist, her podcast was canceled, and she lost partnerships with brands like Billie and Ritual.

As Eve continued to call out Schroeder, she also referenced a 2017 episode of Stassi’s podcast where she complained about Black people seeking special treatment in Hollywood.