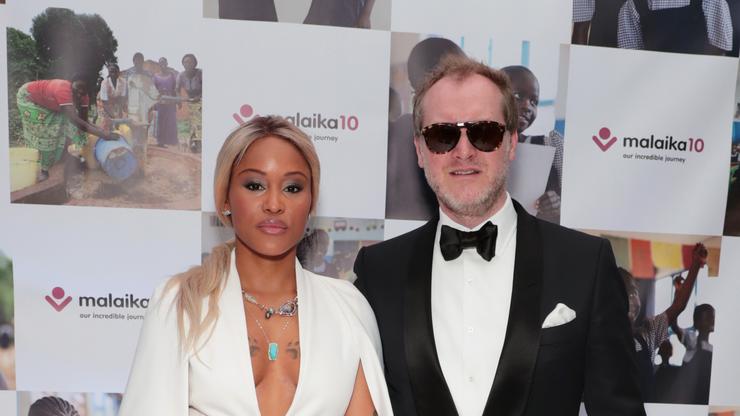 Eve Having "Uncomfortable Conversations" With White Husband About Race

Eve revealed she’s been having a lot of “difficult and uncomfortable conversations” about race with her white husband, Maximillion Cooper, as of late.

Eve spoke with her fellow The Talk co-hosts about how she and her white husband, Maximillion Cooper, have been speaking about the issues of race in light of the current nationwide protests against racism and police brutality. On the newest episode of the talk show that aired on Tuesday (June 2nd), Eve told her co-hosts Carrie Ann Inaba, Marie Osmond, Sheryl Underwood, and Sharon Osbourne, as well as special guest, KCBS-TV Los Angeles anchor Pat Harvey, that she and Maximillion have been having “some of the most difficult and uncomfortable conversations” about race that they’ve ever had. However, she believes it’s all so worth it.

“It’s gonna be uncomfortable,” she continued. “Yeah, it’s going to be uncomfortable! But we have to be okay with being uncomfortable so that we can get to a solution.” She went on to express how the protesters fighting for racial justice around the country have been a comfort to her. “There are some people that are having beautiful, peaceful protests, with their fists in the air and their hands in the air and all different colours and genders, all together, on one knee, wanting to get past this,” she said. “That’s what actually keeps me from getting too emotional.”

On Sunday (May 31st), Maximillion shared a post on Instagram in support of these peaceful protestors. “These are challenging times,” he wrote on an image of the phrase “F*CK RACISM” written in crayon. “A global pandemic, on the brink of an economic depression, and now America is spinning out of control following George Floyd’s horrendous murder. The rioting is unacceptable but the emotions and voice of protesters is loud and clear and needs to be acted upon. This injustice can’t be ignored. It’s all of our responsibilities to stand up against discrimination and racism, and to treat each other with respect and dignity #blacklivesmatter.”