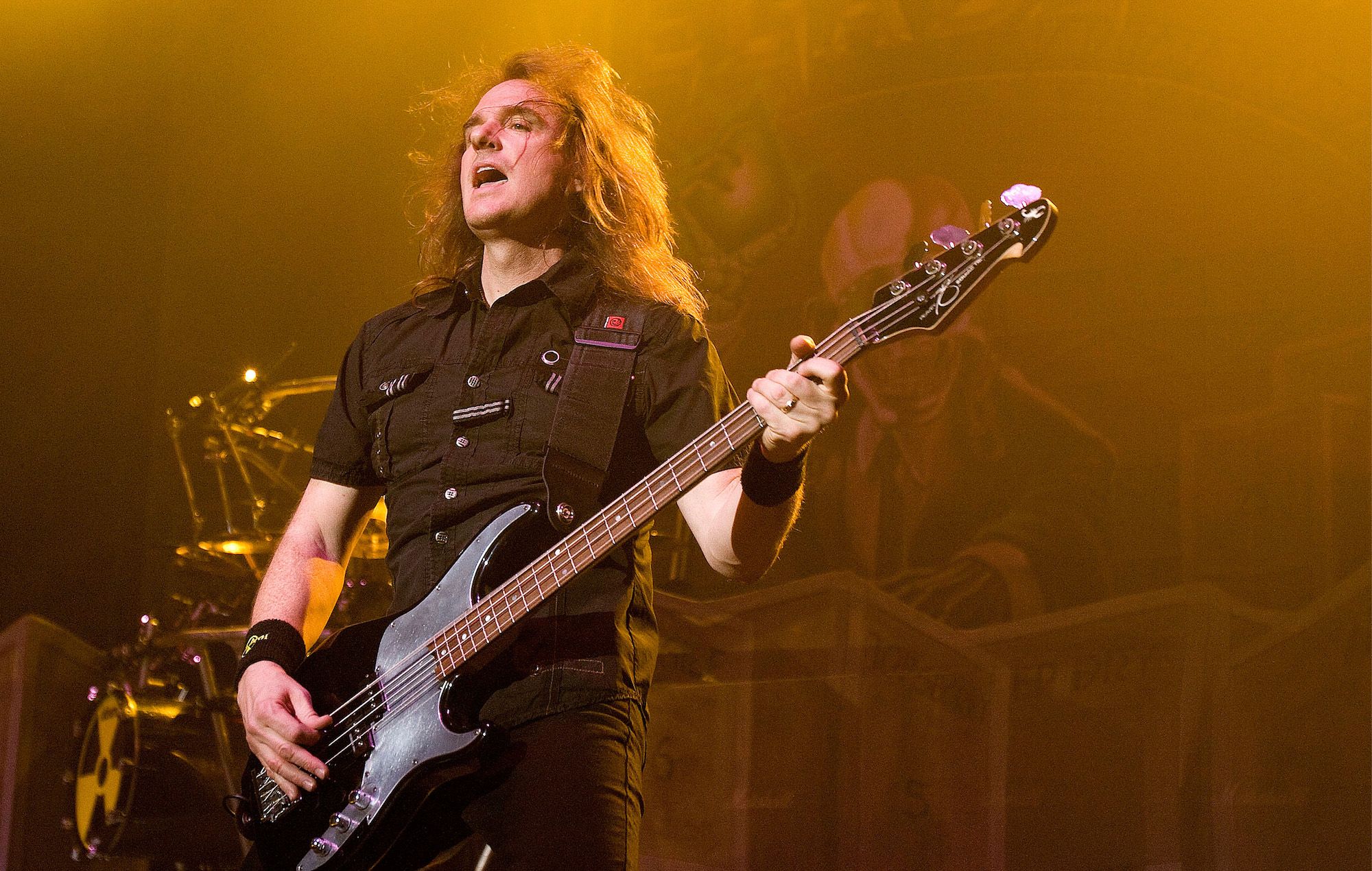 Ex-Megadeth bassist Dave Ellefson has a new band called Dieth – and they’ve released a new single called ‘In the Hall of the Hanging Serpents’ – check it out below.

The band is made up of singer-guitarist Guilherme Miranda (formerly a member of Entombed A.D.) and drummer Michał Łysejko (who was previously in Decapitated). A second guitarist, Michał Grall, appears featured in the video, but has not yet been confirmed as an official band member.

In a post on YouTube, Ellefson wrote: “The three of us have all been recognised in our respective bands and careers but at some point, we had to close the door on those exploits to let something new begin and now we have found it in Dieth.

“In fact, the name itself is about dying to one’s past so that something new can spring forth to create the next chapter of life. And that is a connection the three of us hold in common.”

Miranda added: “It has been so much happening lately (in life), feeling the need to express ourselves accordingly. Create something new, have a fresh start. Personally, it was a matter of life or death to come back playing music. To do something truly meaningful and finally cope with the anger and grief.

“Sometimes you have to die inside to be reborn. This is what Dieth represents, a new sonic driving force that leave the past behind.”

Ellefson was sacked from Megadeth after claims emerged that he’d groomed an underage girl online. Ellefson denied any wrongdoing saying the messages were between consenting adults and that the woman was not underage at the time.  Last year he filed revenge-porn charges against the person whom he alleges illegally leaked a video and screenshots that prompted the allegations against him, and he met police in Scottsdale, Arizona, last June to pursue the charges.

Since his dismissal from the band, Ellefson also formed a new band called The Lucid, who released a self-titled album in October 2021.