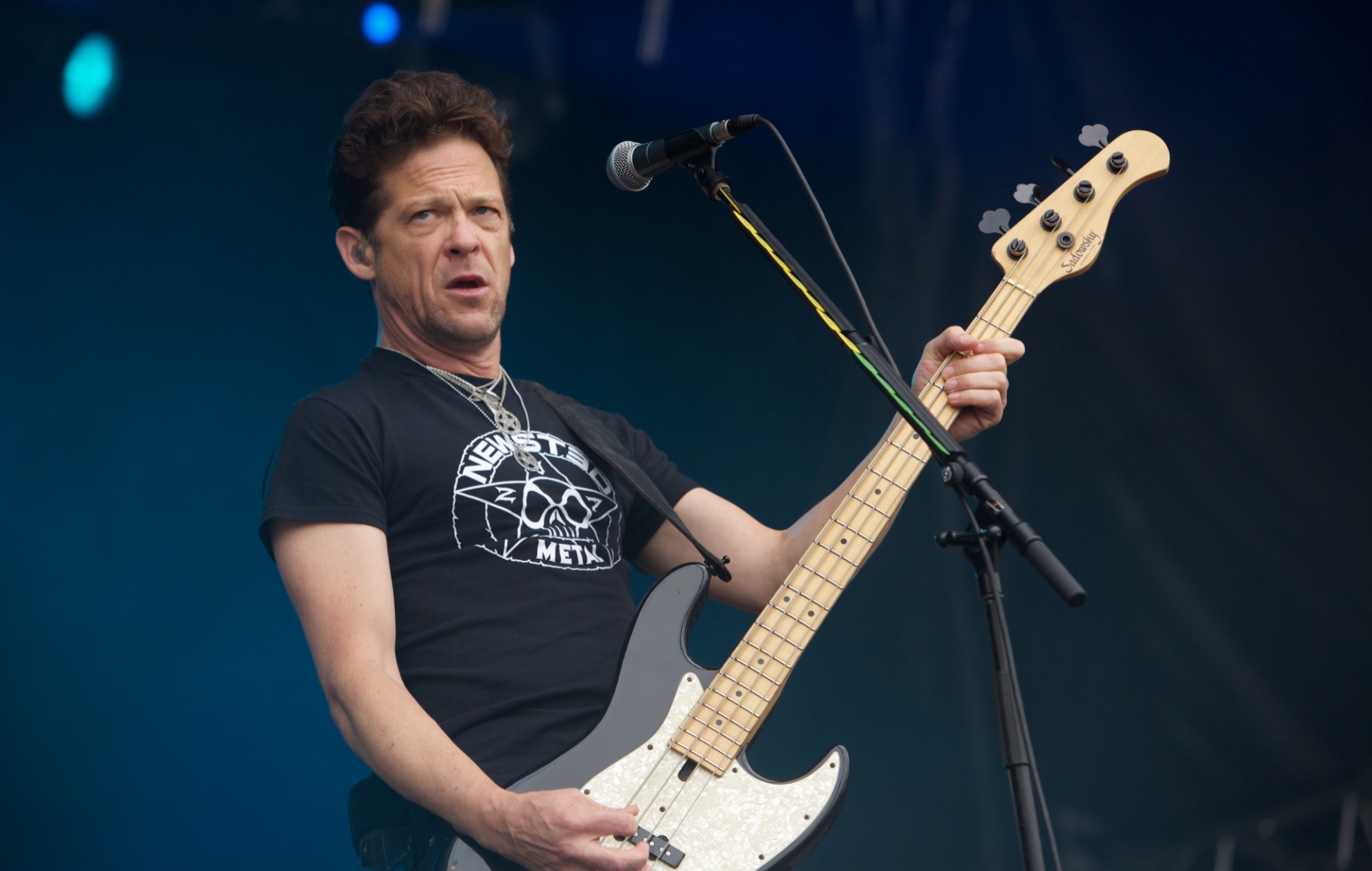 Ex-Metallica bassist John Newsted has said he’s “not joining Megadeth” following recent speculation he might be joining the group.

The rumours emerged after David Ellefson was sacked from Megadeth, leading fans to speculate that Newstead would join fellow ex-Metallica member Dave Mustaine in Megadeth.

Newstead has shared the stage with Mustaine previously, joining Megadeth to perform ‘Phantom Lord’ on stage in 2013.

She added: “2. Jason does not have social media accounts; this includes but is not limited to TikTok, Instagram, Facebook, Twitter, YouTube, Onlyfans and Tinder. If you are receiving DMs from the Jason Newsted music account or any other account claiming to be Jason please know this is not Jason, and proceed at your own risk.”

Megadeth’s Dave Mustaine announced the decision in a statement on social media (May 24), two weeks after the band first acknowledged the allegations against Ellefson.

Despite Ellefson’s departure, the statement promises fans can still expect to hear new Megadeth music, which the band have long teased and which Mustaine says is “almost complete”, and tour with Lamb Of God over the summer.

“We do not take this decision lightly. While we do not know every detail of what occurred, with an already strained relationship, what has already been revealed now is enough to make working together impossible moving forward,” Mustaine wrote.

“We look forward to seeing our fans on the road this summer, and we cannot wait to share our brand new music with the world. It is almost complete.”

Earlier this month, several explicit screenshots and videos leaked of Ellefson purportedly having “some private and personal conversations” with a woman who was alleged by some to be underage. The bassist denied the allegations that he was grooming an underage girl.

“While certainly embarrassing, I want to address it as openly and honestly as possible,” he wrote in a social media post on his Instagram account, which has since been made private.

“As much as it’s not something I’m proud of, these were private, adult interactions that were taken out of context and manipulated to inflict maximum damage to my reputation, my career and family.”