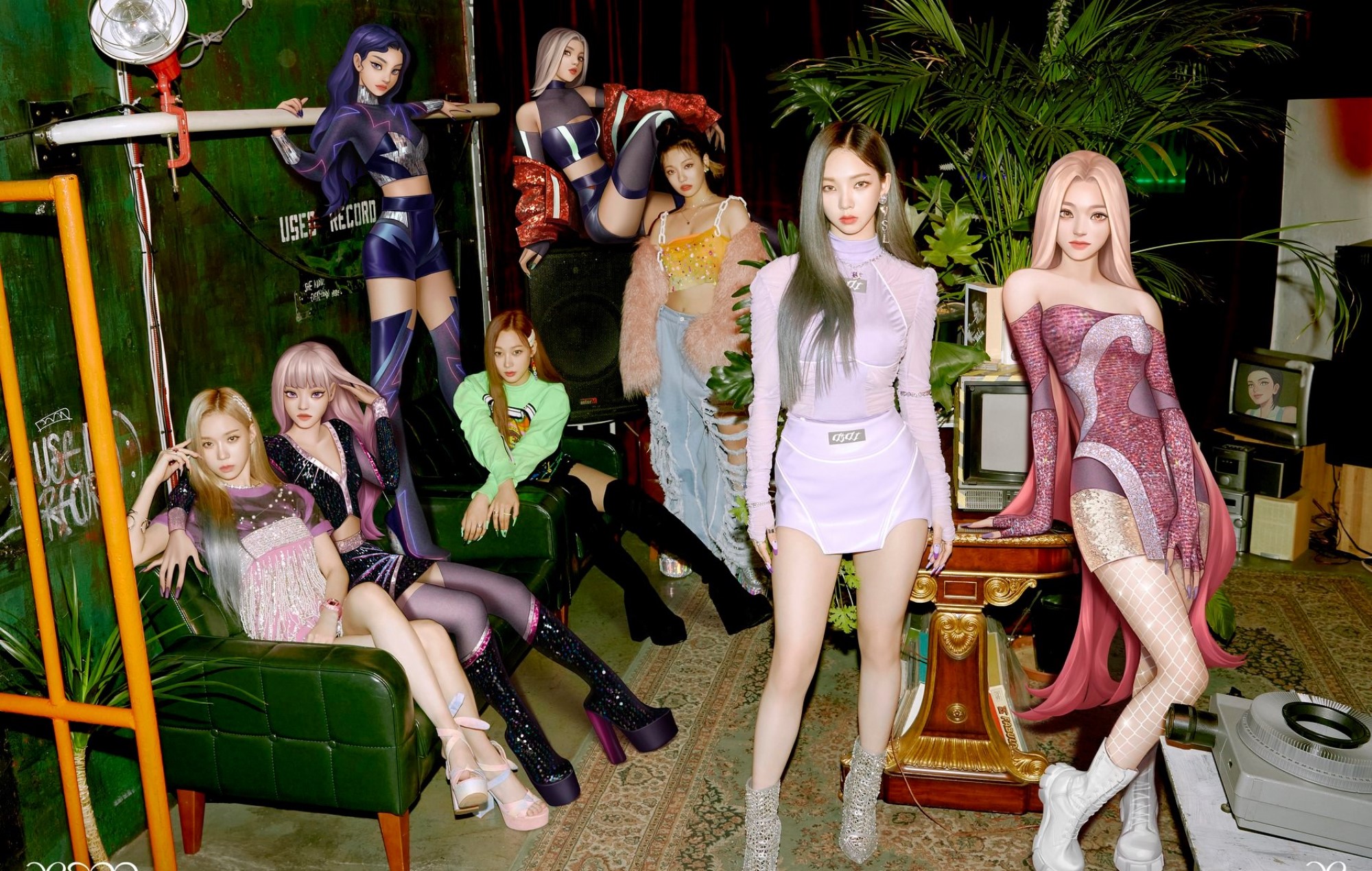 Experts have questioned the ethical and copyright predicament of having virtual members in K-pop groups.

Kang Shin-kyu, a researcher at the Korea Broadcast Advertising Corporation, recently spoke to The Korea Times about the rising popularity of virtual pop stars. In recent years, groups like K/DA and aespa have incorporated virtual avatars into their concept, while the entirely AI-powered girl group Eternity made their debut in March.

Among those, Kang had singled out the SM Entertainment group aespa – which features four virtual members who are based on the identities of their human counterparts – and questioned the long-term copyright ownership of these avatars, especially if the human members leave the group in the future.

He also pointed out the potential problem of “detaching” the virtual characters to their human counterparts, which might “encourage and justify some users to sexualise them further”. He added that “if their digital selves fall victim to digital sex crimes… the human members are also likely to be affected”.

However, some agencies see the rise of virtual members as a largely positive development. Of those in favour of artificial intelligence (AI) in K-pop is Park Ji-eun, the CEO of Pulse 9, the company behind Eternity, a girl group composed of hyper-realistic members created using state-of-the-art AI.

“Unlike human singers, AI members can freely express themselves and weigh in on diverse social issues because they are less vulnerable to malicious comments and criticisms,” Park said. “As a creator, I can also add more fantastical and compelling elements to them, making them more distinguishable from existing K-pop acts.”

Moreover, Lee Hye-jin, a clinical assistant professor at the Annenberg School for Communication and Journalism of the University of Southern California, believed that virtual members will make it easier for fans to interact with their favourite idols. However, she also noted that they aren’t a replacement for human idols either.

“Without physical and emotional constraints, virtual singers are easier to control and are more widely available to fans who want to engage with their favourite idols in many different forms,” Lee said, while questioning if fans can “foster a meaningful relationship with entities that do not actually exist”.

aespa recently made their return with their sophomore single ‘Next Level’. The song is a remake of Aussie singer Aston’s 2019 song of the same name, which was featured on the soundtrack of the film Fast & Furious Presents: Hobbs & Shaw.