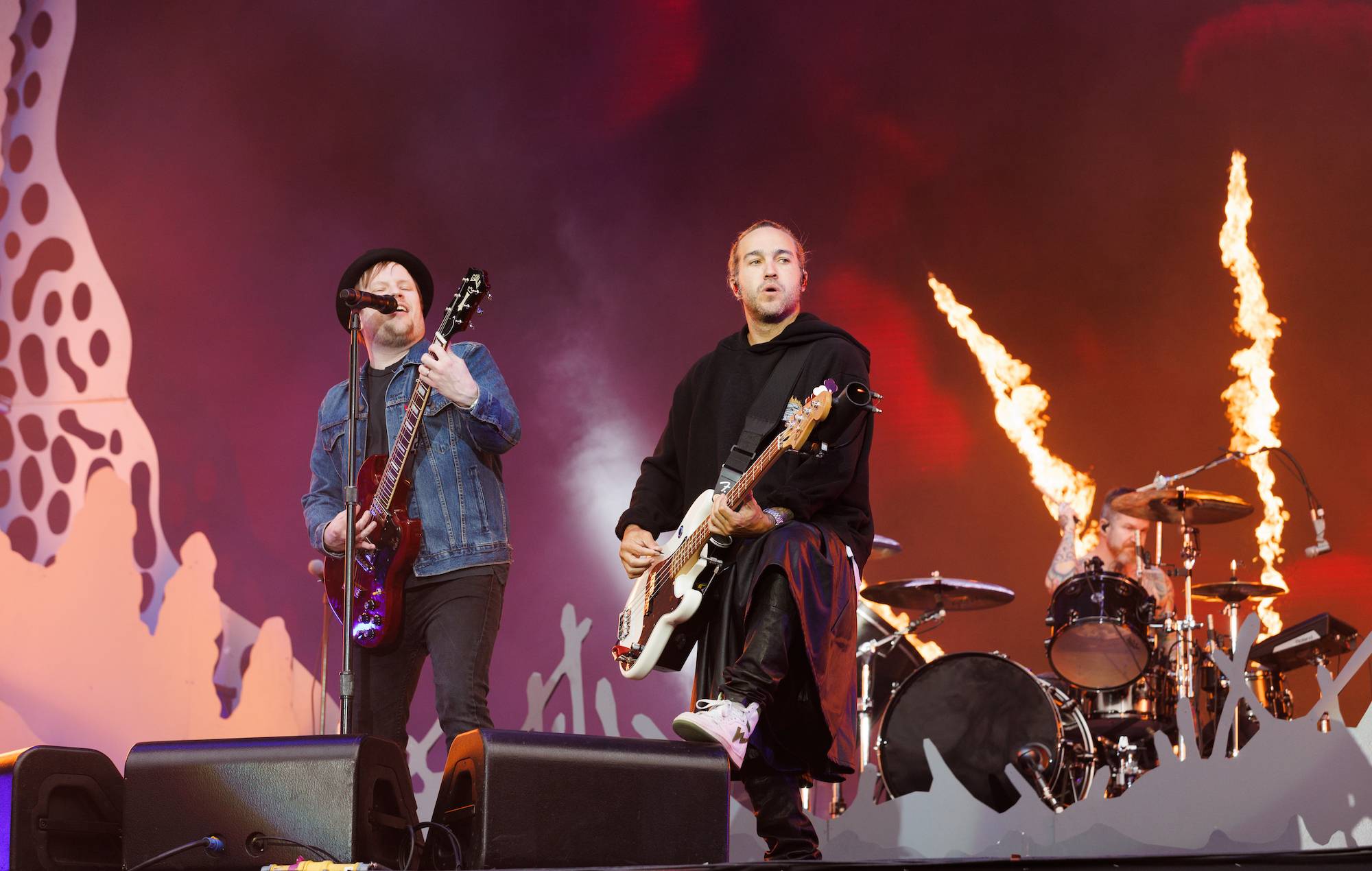 Fall Out Boy guitarist Joe Trohman has revealed that the band were recently working on “guitar-based” new material that is now on the “back burner”.

Trohman was speaking to Rolling Stone about his upcoming memoir, None Of This Rocks, which explores the guitarist’s youth and evolution into a musician. It’s described as being “unlike any [memoir] you’ve ever read.”

In the new interview, Trohman is asked about a segment of the book where he says Fall Out Boy are working on new rock-orientated new material more akin to their earlier work.

In response, he revealed that this particular set of music appears to have now been set aside, saying: “We were working on some stuff that was guitar-based. I don’t know know what’s happening with it. I think it unfortunately went to the back burner. It would be nice to make a record where the guitar is a little more upfront.

“We did start that way, as a guitar-based rock band, and it’d be cool to go back to those roots. We’d have to find a way to do it that doesn’t sound like Fall Out Boy from 2005. It might be cool for somebody else to do that, but it wouldn’t be cool for us to do it.”

Elsewhere, Trohman shared his distaste for the band’s 2018 album ‘MANIA’, saying: “‘MANIA’ has some cool ideas and interesting stuff in there. But it didn’t work as well, and I can’t say I love it. That’s what leads me, hopefully, to go back to making a record… with guitars, bass, drums, vocal. I love synthesizers, synthesizers that we play.

A synopsis of the book (via Waterstones) reads: “None Of This Rocks is a memoir by Joe Trohman – lead guitarist and co-founder of Fall Out Boy – that reads like a double album full of revealing stories from his youth and his experiences of modern rock and roll stardom.

“With wit and wisdom, and maybe a little bit of whining, Trohman grapples with depression, his mother’s brain cancer, antisemitism, pills, petty larceny, side hustles, and pop-punk at the turn of the century.”

“Then came Fall Out Boy. From the guitarist’s very first glimpses of their popular ascension, to working with his heroes like Anthrax’s Scott Ian, to writing for television with comedian Brian Posehn, Trohman takes readers backstage, into the studio, and onto his couch.

“He shares his struggles with depression and substance abuse in a brutally honest and personal tone that readers will appreciate. Not much of this rocks, perhaps, but it all adds up to a fascinating music memoir unlike any you’ve ever read.”

None Of This Rocks will be on sale from September 13 and you can pre-order the book here.

Elsewhere, this summer Fall Out Boy made a $100,000 (£83,000) donation to Everytown – a non-profit organisation that advocates for gun control and protests against gun violence – in the wake of the mass shooting that occurred in Highland Park, Illinois this July.