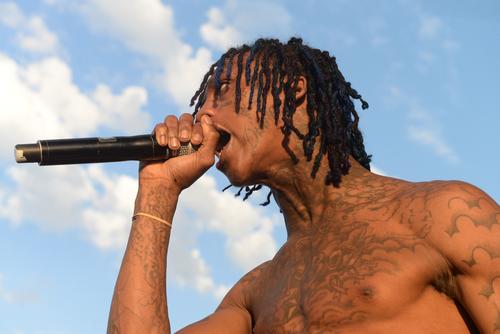 Like fellow rapper Tyga (Kyoto dropping tomorrow), Famous Dex seems to have been influenced by his voyages to the Far East. Not only did Dexter previously collaborate with Chinese hip-hop foursome Higher Brothers, but the man seems to have written an entire song about Japan. Clearly Asia has the plug. In any case, Dexter has ficially announced “Japan,” the lead single from his upcoming album, which has yet to land a title. While no music has ficially surfaced, previews the upcoming single can be found in the wilderness. A quick search reveals a bouncy single, as well as lyrics that rhyme Xan and Japan.

The most interesting tidbit may stem from the fact that Famous Dex has ficially announced an album. The rapper spoke to Ebro on Beats 1, where he revealed the project would be dropping on March 23rd; the elusive late-spring release. Over the course the interview, Dex goes in depth about his music and personal life alike. Despite the occasionally zany antics, it seems like Dexter is a composed and thoughtful dude. The conversation gets deep, with talks mental health and God’s guidance. Of course, if you’re only in it for the music, remember – March 23rd. New Famous Dex album.

Dexter promises that lead single “Japan” is for the “ladies and the players,” suit and tie optional. The track is produced by J Gramms, and will drop in the near future. Check out the full interview below.