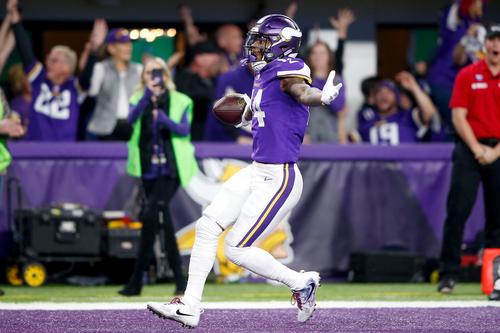 Fans Can't Get Over The Vikings' Last-Second Win Over Saints

Earlier Sunday afternoon the Jacksonville Jaguars moved past the Pittsburgh Steelers in a neck-and-neck match up that only saw a difference 3 points in the final score 45-42 as the Jaguars moved forward to face the New England Patriots next weekend in the AFC conference championship game.

RELATED: Le’Veon Bell Likely To Be Franchised By The Pittsburgh Steelers: Report

But, we’d soon have somethin else captivating our attention when receiver Stefon Diggs propelled his Minnesota Vikings toward the NFC title game after executing a miracle play that put an end to a match most had already sewn up in favor the New Orleans Saints. It was Case Keenum who launched a pass down the sideline with 10 seconds left on the clock, ending with Diggs’ reception a 61-yard touchdown.

“I was waiting for someone to come hit me,” Diggs said in an post-game interview. “Seeing that nobody touched me, I lost footing a little bit. My hand never let me down. Rest is history.”

Next week the Vikings will head to Philadelphia to face f against the Eagles for the conference championship title. Until then, relive the excitement captured by fans after the Vikings amazing turnaround.