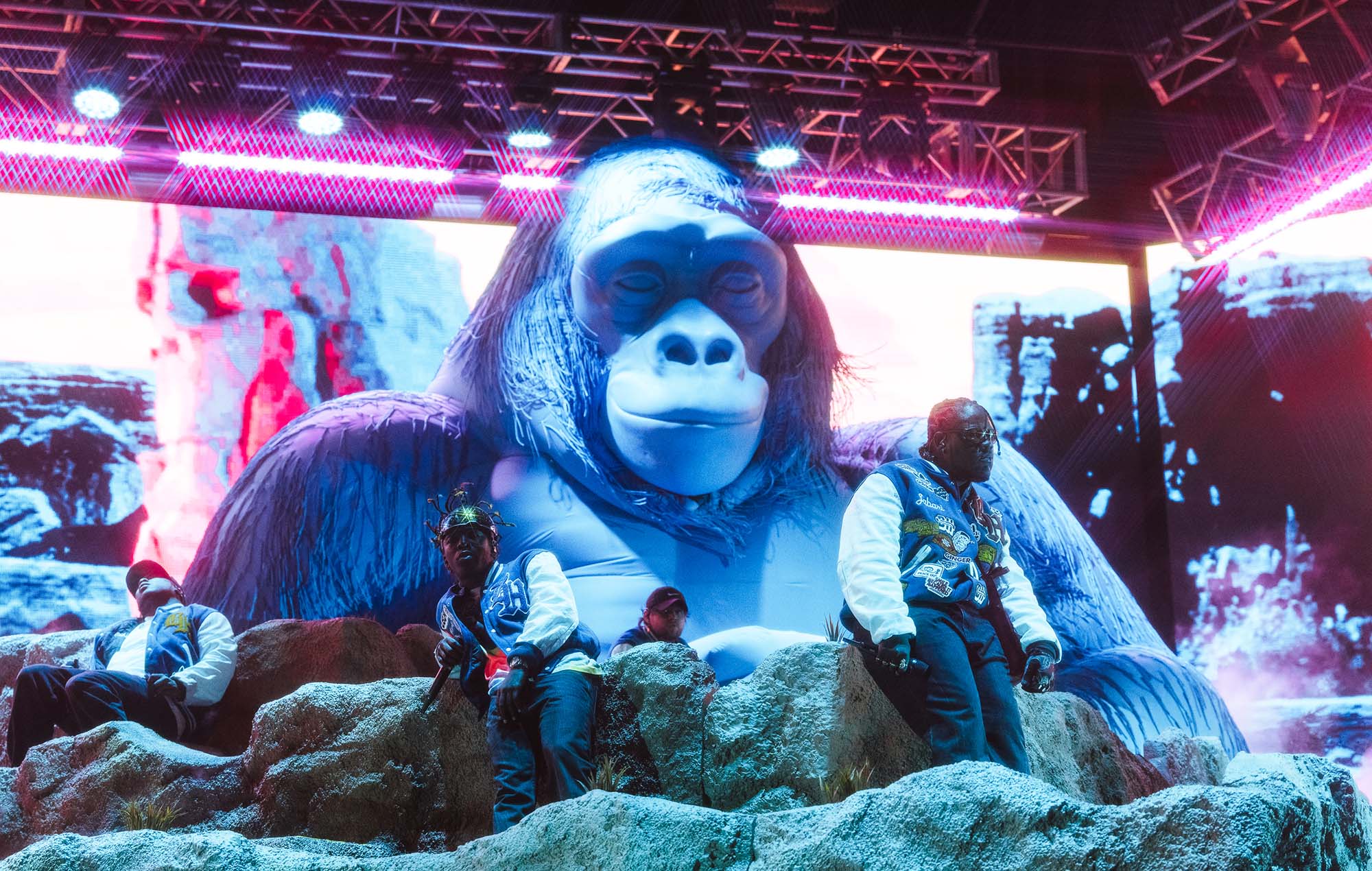 Fans react as Brockhampton play their “last show ever”

Brockhampton played their final show before their “indefinite hiatus” yesterday (April 23) at Coachella 2022 – check out footage and their final setlist below.

Back in January, the Texas boyband confirmed they would be disbanding after two shows at London’s Brixton Academy and their performances at Coachella.

“Following these four performances, we will be taking an indefinite hiatus as a group,” the group wrote in a statement.

“From the bottom of our hearts, thank you for being on this journey with us. We would not be here without our fans. We hope we’ve been able to inspire you as much as you have us these past eight years.” Brockhampton signed off the post: “We are bonded and grateful to you for life.”

Yesterday, Brockhampton took to the Sahara Tent at Coachella for what vocalist Kevin Abstract called their “last show ever”.

The group wore watching varsity jackets with the phrase “All good things must come to an end” written on the back as they took to the stage before performing tracks from across their back catalogue. At the end of their 13-song set, they took a bow before a slideshow of photos played out.

Taking to social media after the performance, Brockhampton wrote: “The show is over. Thanks for being a part of the ride. Love all of you.”

Check out footage and the reaction from fans below:

brockhampton really made me bawling … they choose summer for the end 😭 pic.twitter.com/IpEpDwaV6d

god this hurts to watch im gonna miss brockhampton so much man 🙁 pic.twitter.com/KlVsZLfkzV

Honestly, my heart is beating a hole out my chest since i woke up today. i cant believe Brockhampton’s last show is today,
i cant believe i won’t be 25 much longer,
i cant believe someone lived in the space that was my house before me and someone else will after its demolished pic.twitter.com/7heO8oB1Pk

i witnessed @brckhmptn ‘s last performance at coachella and was on the verge of tears, but @kevinabstract said to stop being soft so i sucked those tears up real fast.

“all good things must come to an end” i’ll miss you forever @brckhmptn 💔 pic.twitter.com/eBPqctQZkY

Slideshow they played at the end of the last ever brockhampton show at Coachella (lamb remix) 😭😭 #brockchella pic.twitter.com/0otEqXAXI3

It’s not all bad news for Brockhampton though. Last week, during their performance at weekend one of Coachella, they confirmed a final album would be released later this year.

The group then released a short trailer for their currently-untitled new record. Brockhampton released their previous album, ‘Roadrunner: New Light, New Machine’ in 2021.