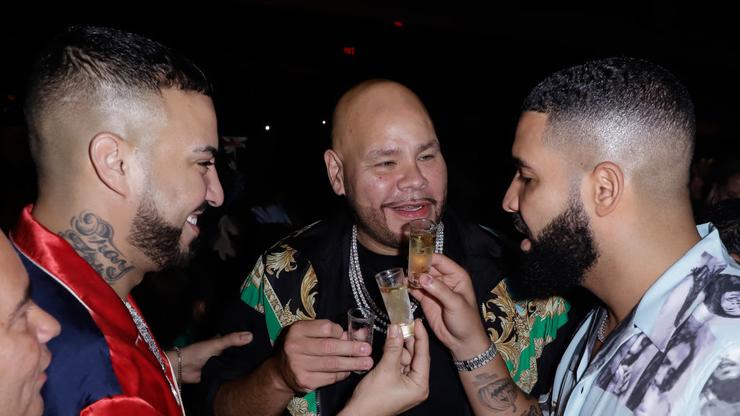 He ultimately wasn’t on the remix because Jay-Z preferred for it to be him and Fat Joe alone.

The “All The Way Up” remix marked a major turning point in the sour relationship between Fat Joe and Jay-Z. The two rappers put their differences to the side and collaborated on the hit record, putting on for New York City. During a conversation with Peter Rosenberg, Joey Crack revealed that everybody was trying to hop on the remix, including one of the most iconic rappers of all time, but it was ultimately only the original artists and Jay-Z on it because Hov wanted the moment to be special.

“I got a FaceTime call maybe three times while ‘All the Way Up’ was out,” said Fat Joe on Open Late. “And it was your man, the 6 God, Drake.”

The rapper explains that Drake was asking him to send over the instrumental so that he could record a verse for the remix. However, his part of the song was never released because Jay-Z ultimately decided he didn’t want any extra artists on the record.

“[Jay-Z] said ‘Look, Joe. It means so much to the history between us, let’s not put no one else on the song,'” said Joe. “He’s not referring to Drake. … Everyone wanted to get on the remix.”

He even went so far as to say that the remix is “supposed to be” with Drake and Hov. Here’s hoping that we get to hear that one day.