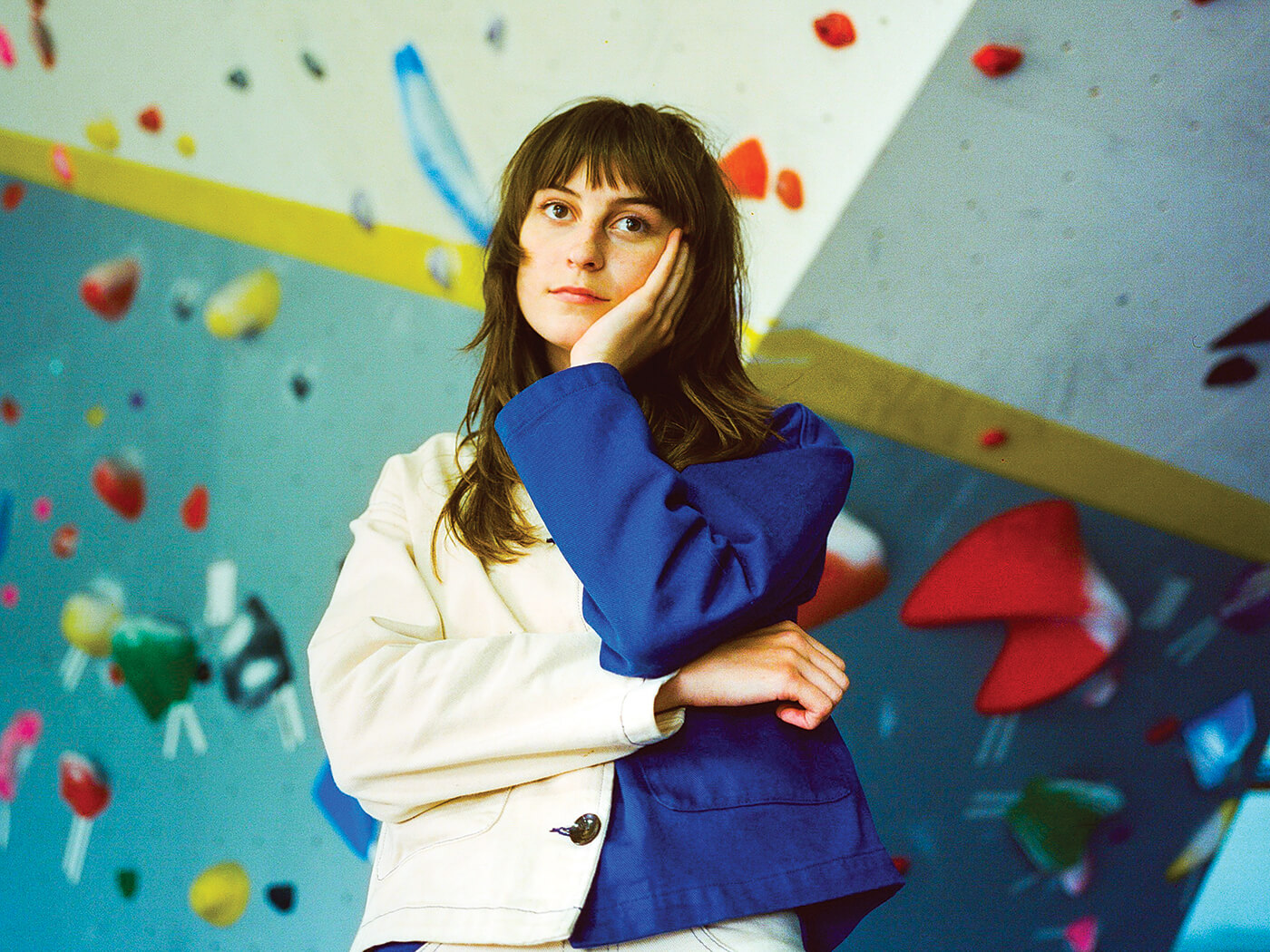 On Both All The Time, Faye Webster sounds so lonesome she could cry. Over a smear of pedal steel, a stair-stepping piano and a slow-motion rhythm section, she digs into that old country plaint and realises, “There’s a difference between lonely and lonesome, but I’m both all the time”. The song depicts the Atlanta singer-songwriter/photographer/yo-yo enthusiast as a woman at home by herself, locked away with her thoughts and her beloved Harmony Strat. It’s an image that comes up repeatedly on her inviting and immersive fourth album, I Know I’m Funny haha: the artist drinking beer in the shower, sleeping with the lights on, watching the Atlanta Braves and crushing on a certain outfielder, often but not always missing someone. “I don’t let myself out, but I like it like that,” she explains.

While that image may resonate more powerfully during a pandemic, when everybody is stuck at home longing for human contact, Webster is no bedsit pop auteur looking at the world from a physical and emotional remove. An artist who combines a range of disparate styles into an idiosyncratic sound, she is a productive homebody, one who finds power in loneliness, making it not just the primary subject of her songs but a crucial part of
her songwriting process. Rather than standing apart from the world, she has managed to rope off her own precious corner of it, a quiet place where she can parse her thoughts and feelings to find something deeper at the bottom of them.

Granted, the image Webster projects on so many of her songs is a bit misleading. For nearly a decade she’s been a mainstay in the Atlanta scene – several of its scenes, in fact. After growing up listening to old country tunes and western swing, she released her self-titled debut when she was only 16 years old, singing country songs she wrote when he was 14. That record, Run And Tell, got her signed to the local label Awful Records, which is better known for its roster of leftfield hip-hop artists, including Father, Abra, and Playboi Carti. Webster has even collaborated with a few of them, singing the hook on Ethereal’s 2017 hit Rollin, for instance. At university in Nashville, she bristled against the literature and music biz curricula but fell in love with photography. On her return to Atlanta she did a series of high-profile shoots with Offset and Killer Mike, among others. She hangs out with Real Bike Life Only riders (who were featured in her recent video for Cheers), and she’s an accomplished yo-yo performer who even has a signature toy the way some musicians have signature guitars.

While Webster tends to record at Chase Park Transduction studio in nearby Athens, Georgia, Atlanta really does define this album as well as its 2019 predecessor, Atlanta Millionaires Club. The city enables and even encourages so much diverse creative activity, and she roots around in its musical past and present without sounding explicitly retro or revivalist. You can hear echoes of Cat Power in the intense intimacy of her songs, in the way she uses her voice to convey a lonesome kind of melancholy, as though she’s always holding back a sob. You can hear a bit of the Atlanta Rhythm Section, particularly their slower hits like So Into You, in the way she arranges an array of instruments on her songs – including nylon-stringed guitar, toy piano and woozy cellos and violins – to create a warm outline of a room. And you can hear the influence of her Awful labelmates in the way she writes and repeats clear hooks on Cheers and Better Distractions, choosing her words carefully and then chewing on the syllables. (The latter song, released last year as a standalone single, is a favorite of none other than Barack Obama, who included it on a recent playlist of his favourite 2020 tracks.)

Aside from her expressive vocals, the dominant sound on I Know I’m Funny haha is the pedal steel, played sensitively by local musician Matt “Pistol” Stoessel (T Hardy Morris, Cracker). It is, of course, an instrument most commonly associated with country music, but here it’s used in a variety of roles: on the title track it’s another voice in a duet with Webster, both a hand on her shoulder and gently taunting foil, and on Overslept it acts almost like a synthesiser, adding an ambient thrum while insinuating a delicate melody. Rather than anchoring her to one genre, the pedal steel somehow allows her to incorporate an array of styles while keeping her eccentricities intact. She’s been refining her sound for several years, but I Know I’m Funny haha is her most seamless melding of urban country, warm ’70s soul, gutsy classic rock and introspective indie-pop, as she settles easily into the cracks between categories.

According to Webster, these songs fall into two categories: sad songs written early in the recording process, and happy songs written later in 2020, after she had fallen in love and quarantined with her partner. Good luck distinguishing between them, as even the former are tinged with humour and even the latter are riddled with doubt.

A Dream With A Baseball Player ponders her crush on one of the Atlanta Braves (reportedly outfielder Ronald Acuña Jr.) and what it might say about her emotional state to pine for someone she’s never met: when she sings, “There’s so much going on, my grandmother’s dead,” it almost has the impact of a grim punchline. That’s one of the sad songs. Half Of Me, a demo she recorded at her desk at home, hinges on the realisation that “if you’re not around, I’m missing a whole half of me”. It sounds like she’s holding back tears, as though she understands the precarity of being in love, how it changes you irreparably, how it can turn your lonely independence into lonely dependence. It’s one of the happy songs.

Even the tender love song In A Good Way has a kind of poignant romantic fatalism, as she understands that this overwhelming joy will gradually fade. That impermanence, however, makes it all the more precious, as does her intuition that she often gets in the way of her own happiness: “I didn’t know that you were right in front of me, until I looked out”. Kind Of is another conflicted love song, hinging on the line, “I don’t feel this kind of type of way”. She dips into her lower register on those first words, as though pulling you closer to confess some dark secret. Instead of winding the song down, she repeats that line over and over and over, worrying the words threadbare and trying to convince herself not to fall in love. With each repetition, Stoessel’s pedal steel creeps gracefully upwards, leading Webster by the hand to a redemptive epiphany. She originally planned to fade the song out over that coda (see Q&A), but ultimately left it intact. So one of the album’s biggest risks became one of its most affecting moments, when it becomes clear that
I Know I’m Funny haha could have been made by no-one else but Faye Webster.